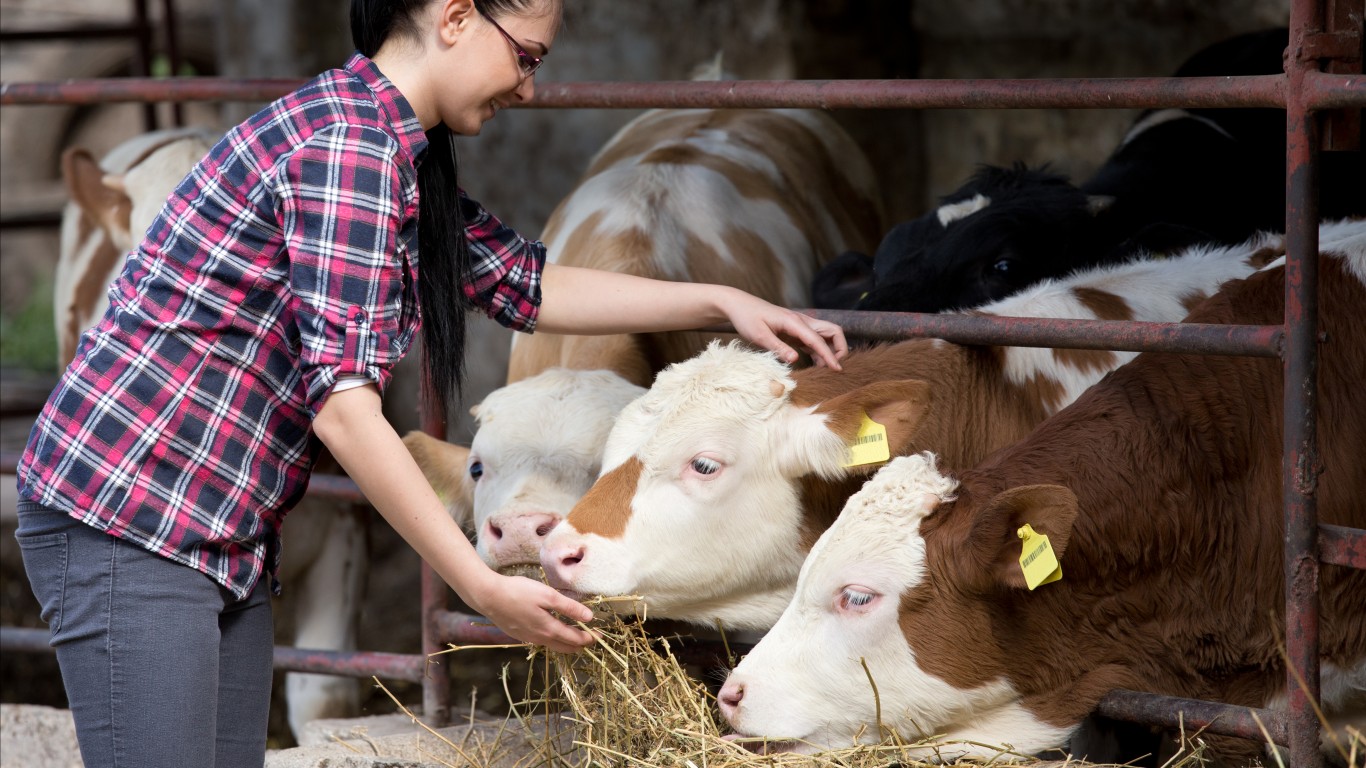 Wisconsin has one of the highest concentrations of animal breeders of any state, and 16.1% of all animal breeders in America work in the state. These workers analyze the characteristics of animals to decide which ones will produce the best offspring. In Wisconsin, these considerations are often made in the context of agricultural output.

This is the City in Wisconsin With the Most Billionaires

This is the Most Iconic Job in Wisconsin

Here Is How Much People Pay in Taxes in Wisconsin