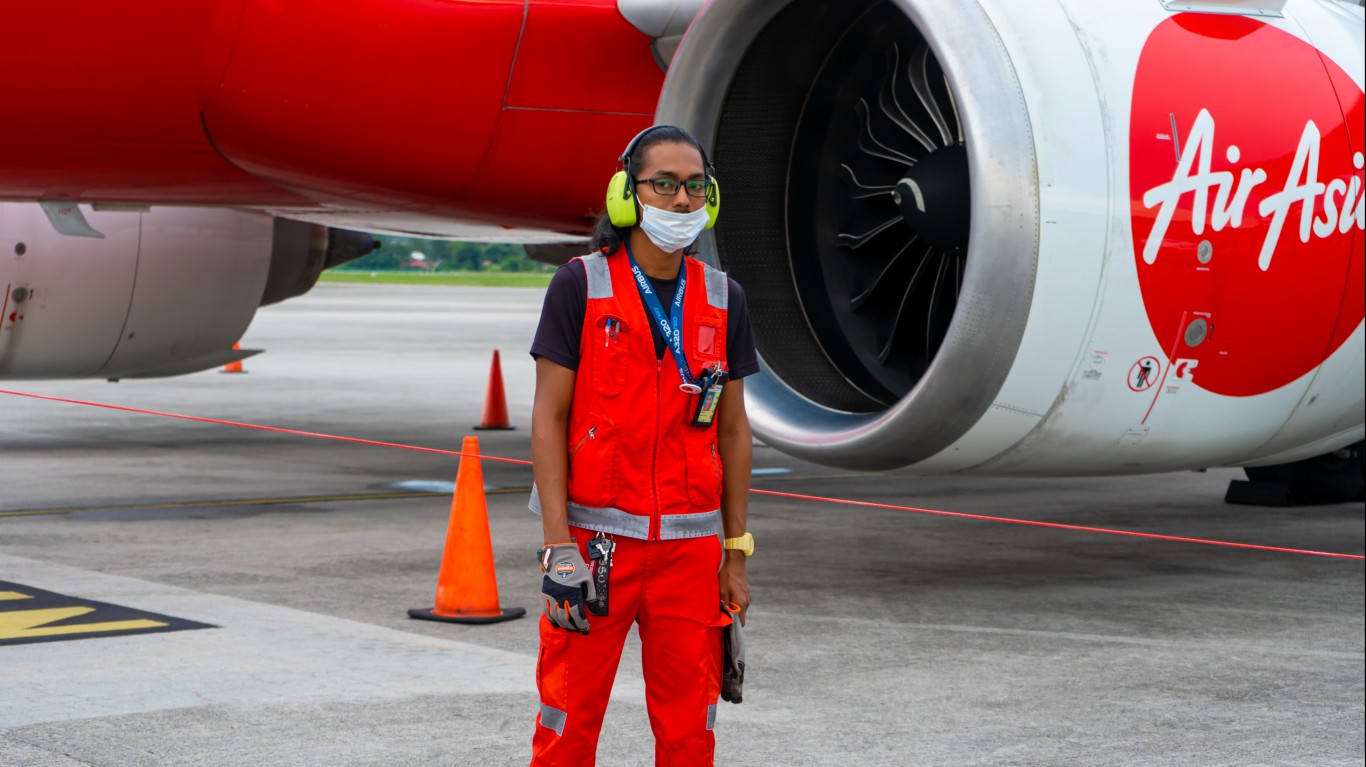 More than one in every seven avionics technicians in the U.S. work in Washington state. The job generally entails inspecting, installing, and repairing avionics equipment, which can include radar, navigation, radio, and other systems. Boeing, one of the largest aircraft manufacturers in the world, has a nearly 100 acre manufacturing facility in Everett, Washington. The plant employs thousands and produces the company's 747, 767, 777, and 787 airplanes.