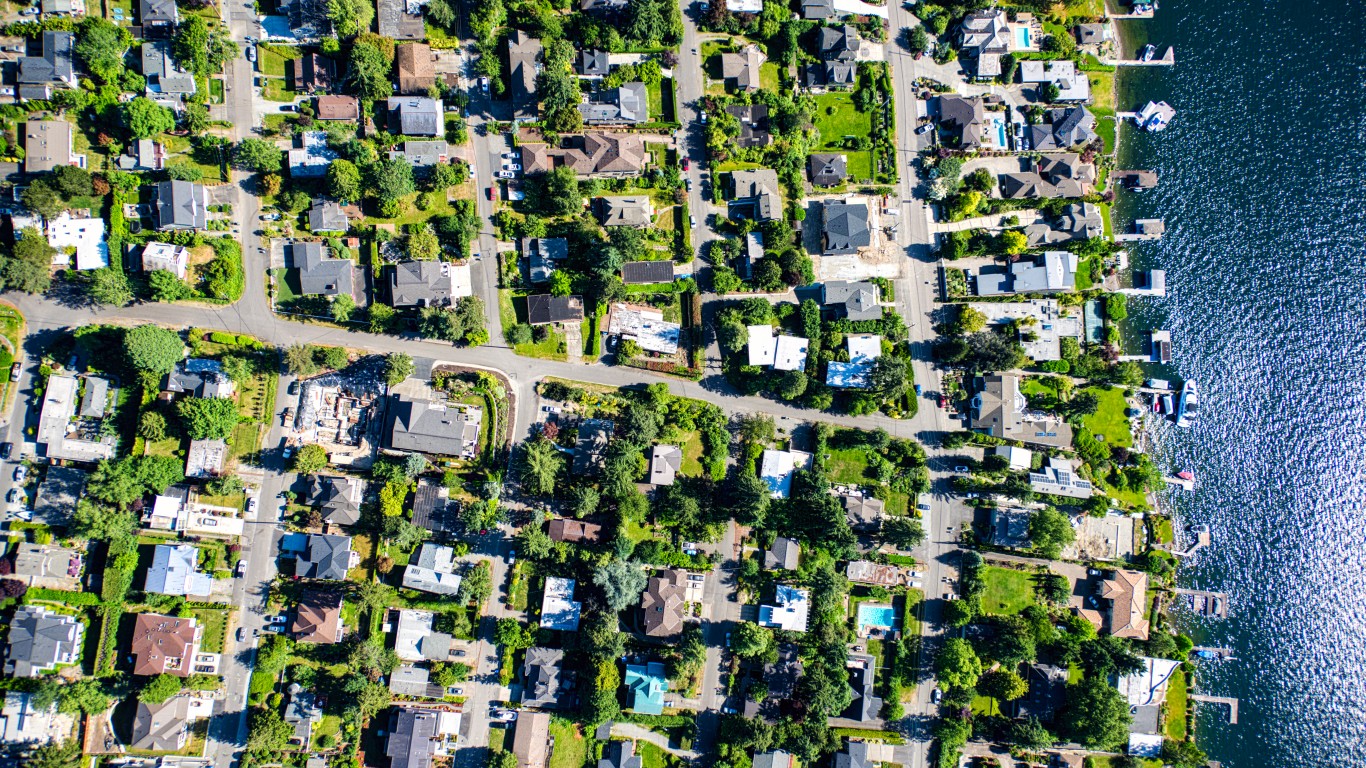 The fastest growing city in Washington is the Kennewick-Richland metro area. Its population grew by 19.8% from 2010 to 2020 to 303,501 residents. During that same time, the population of Washington grew by 14.4%.

Economic opportunity often drives population changes, and most of the fastest growing cities in each state have relatively high incomes compared to the state as a whole. But this is not the case in Washington. The Kennewick-Richland metro area has a median annual household income of $68,283, well below Washington's median of $78,687.

How Consumer Debt in Washington Changed During the Pandemic

Ferry County Has the Highest Smoking Rate in Washington

Life Expectancy at Birth in San Juan County, WA Is Among the Highest in the Country

Fatal Drug Overdoses Are on the Rise in Washington