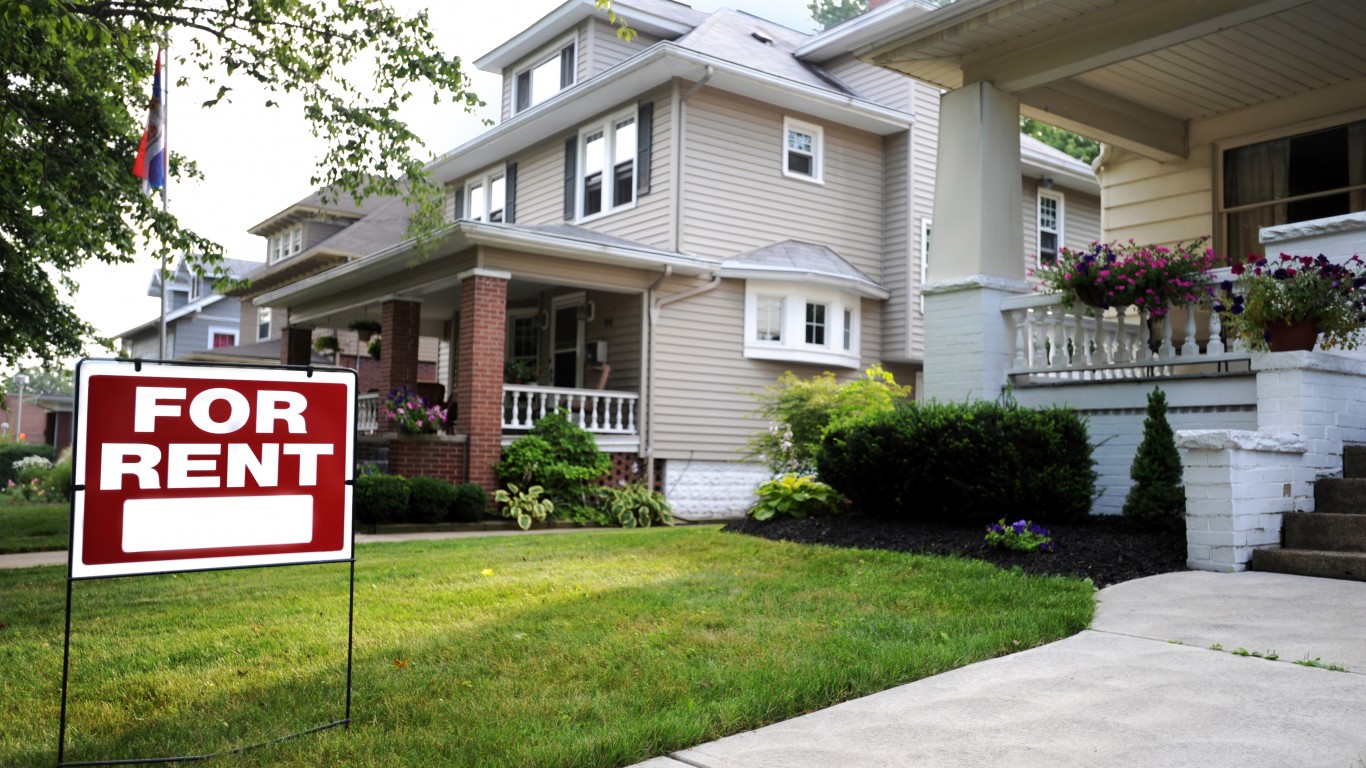 Rents across the country have gone through a period of historical growth in the past two years. According to real estate research firm CoStar Group, rents in the U.S. rose 11.3% last year. In contrast, over the previous five years, gross rents increased by 18.1%.

Rising rent prices are the result of soaring inflation and a squeeze on inventory. This lack of supply relative to demand comes as the number of people seeking to rent has increased substantially during the pandemic, while the number of available properties has been limited by shortages of building materials and other delays in construction resulting from the pandemic.

According to the most recent available data from the U.S. Census Bureau's American Community Survey, the median gross rent price in the United States is $1,096. In some major metropolitan areas, however, rent prices are far higher.

In the Portland-Vancouver-Hillsboro metro area, which covers parts of Oregon and Washington, the median monthly rent price is $1,345 - 22.7% higher than the national average and among the highest of any U.S. metro area.

Rent prices are partially a reflection of real estate and home values in a given area. And just as rent prices are higher than average in Portland, so too are home values. The typical home in the metro area is worth an estimated $392,000, compared to the national median home value of $229,800

This Is the City with the Most Veterans in Washington

Olympia-Lacey-Tumwater, WA Has Some of the Highest Rents in the Nation

Portland-Vancouver-Hillsboro, OR-WA Has Some of the Highest Rents in the Nation