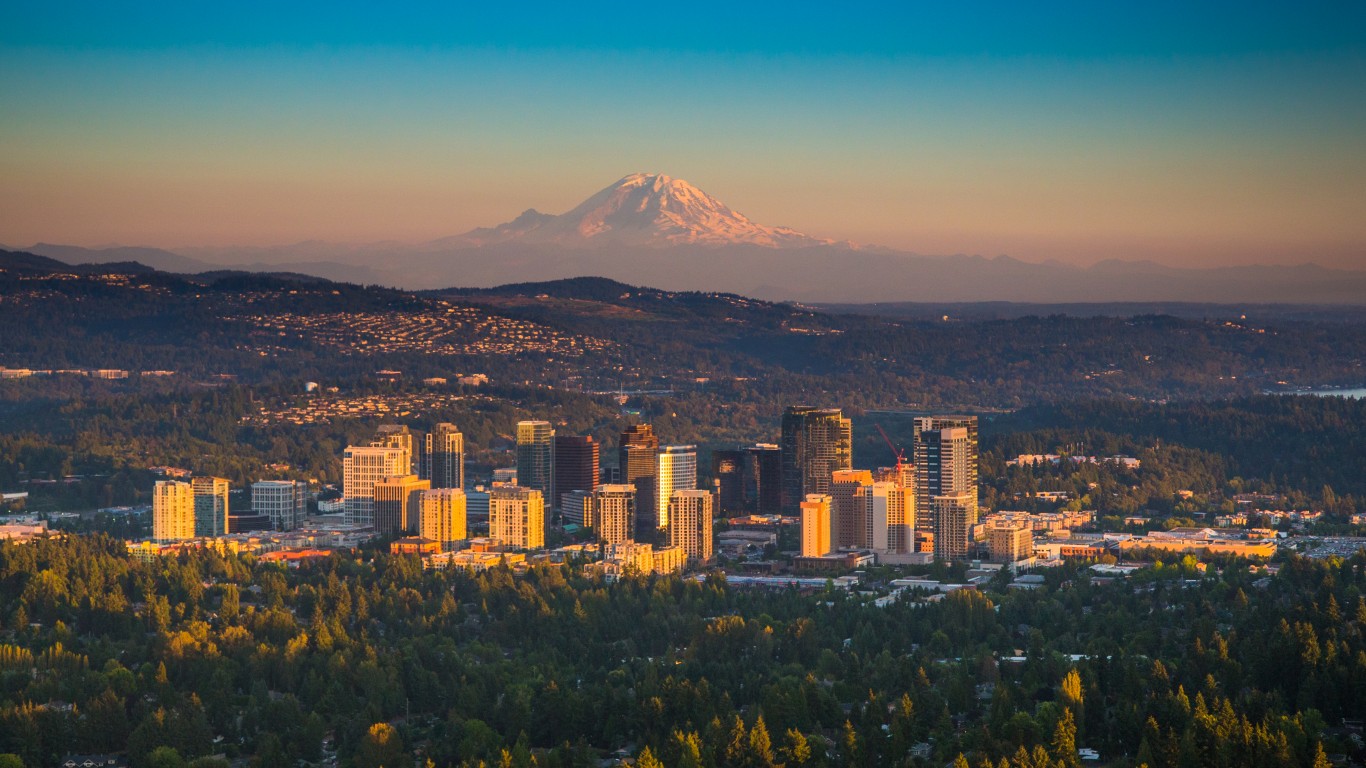 In Washington, drug overdose deaths are rising at a faster pace than they are nationwide. There were an estimated 1,892 fatal overdoses in Washington over the 12 months ending in April 2021, compared to 1,394 over the same period the year prior. The 35.7% increase ranks as the 17th largest of all 46 states that reported an increase in deadly overdoses.

Of all drug classifications identified by the CDC, including synthetic synthetic and semi-synthetic opioids, cocaine, heroin, psychostimulants like methamphetamine, and methadone (a drug used to treat heroin and opioid addiction), synthetic opioids had the largest increase in fatalities in the state, up 91.9% from a year earlier.

How Consumer Debt in Washington Changed During the Pandemic

Ferry County Has the Highest Smoking Rate in Washington

Life Expectancy at Birth in San Juan County, WA Is Among the Highest in the Country

Fatal Drug Overdoses Are on the Rise in Washington