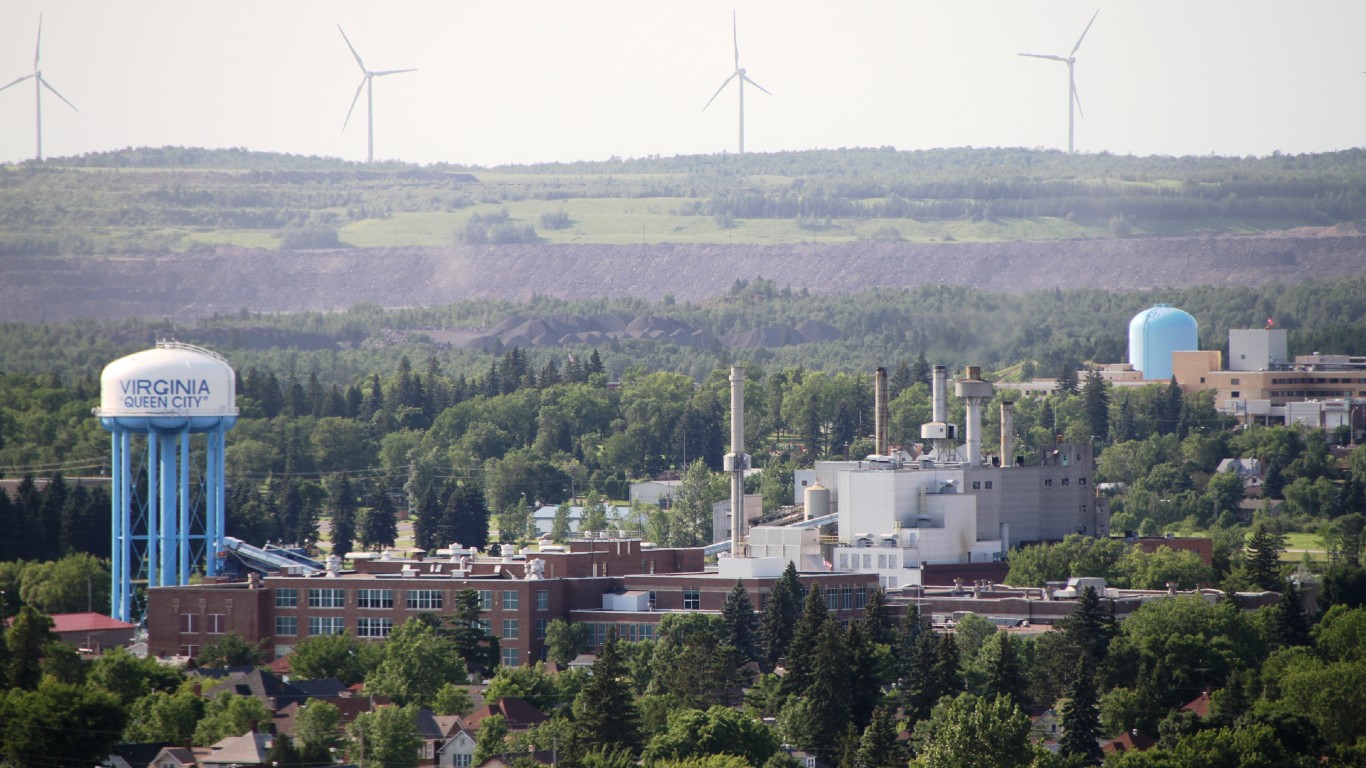 Virginia, a small city of about 8,500 residents in Minnesota's Iron Range, is the worst place to live in the state. The region, named for its iron mining industry, has struggled since the collapse of the U.S. steel industry in the 1980s. The city's poverty rate of 25.5% is more than double the 9.7% rate across Minnesota.

The prevalence of financial hardship may be pushing people out of the city. Over the last five years, the number of people living in Virginia has declined by 2.2%. Likely due to both population decline and widespread poverty, home values in the city are low. The typical area home is worth just $92,200, less than the median home value in any other city or town in Minnesota with adequate data.