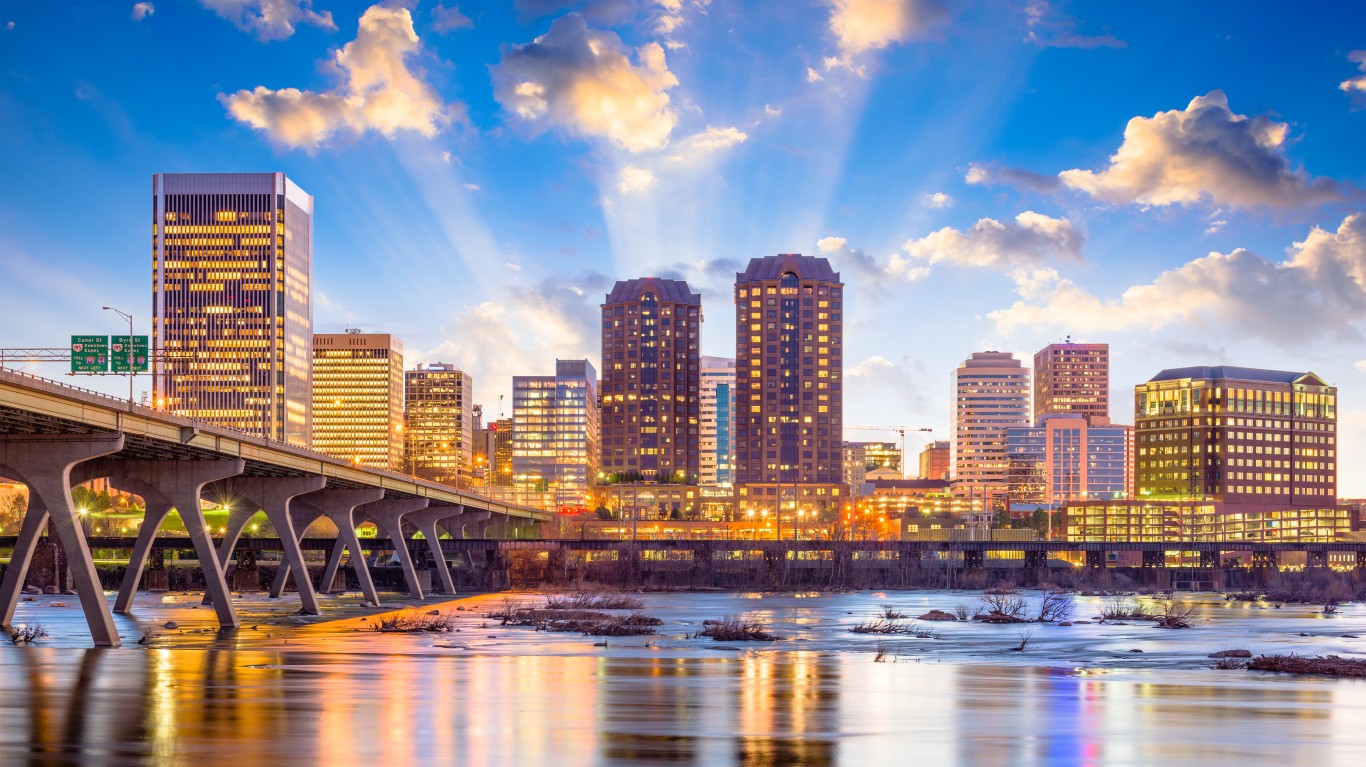 Economic opportunity often drives population changes, and most of the fastest growing cities in each state have relatively high incomes compared to the state as a whole. The Winchester metro area has a median annual household income of $76,583, slightly above Virginia's median of $76,456.

How Consumer Debt in Virginia Changed During the Pandemic

Buchanan County Has the Highest Smoking Rate in Virginia

McDowell County Has the Highest Smoking Rate in West Virginia

Life Expectancy at Birth in Alexandria city, VA Is Among the Highest in the Country