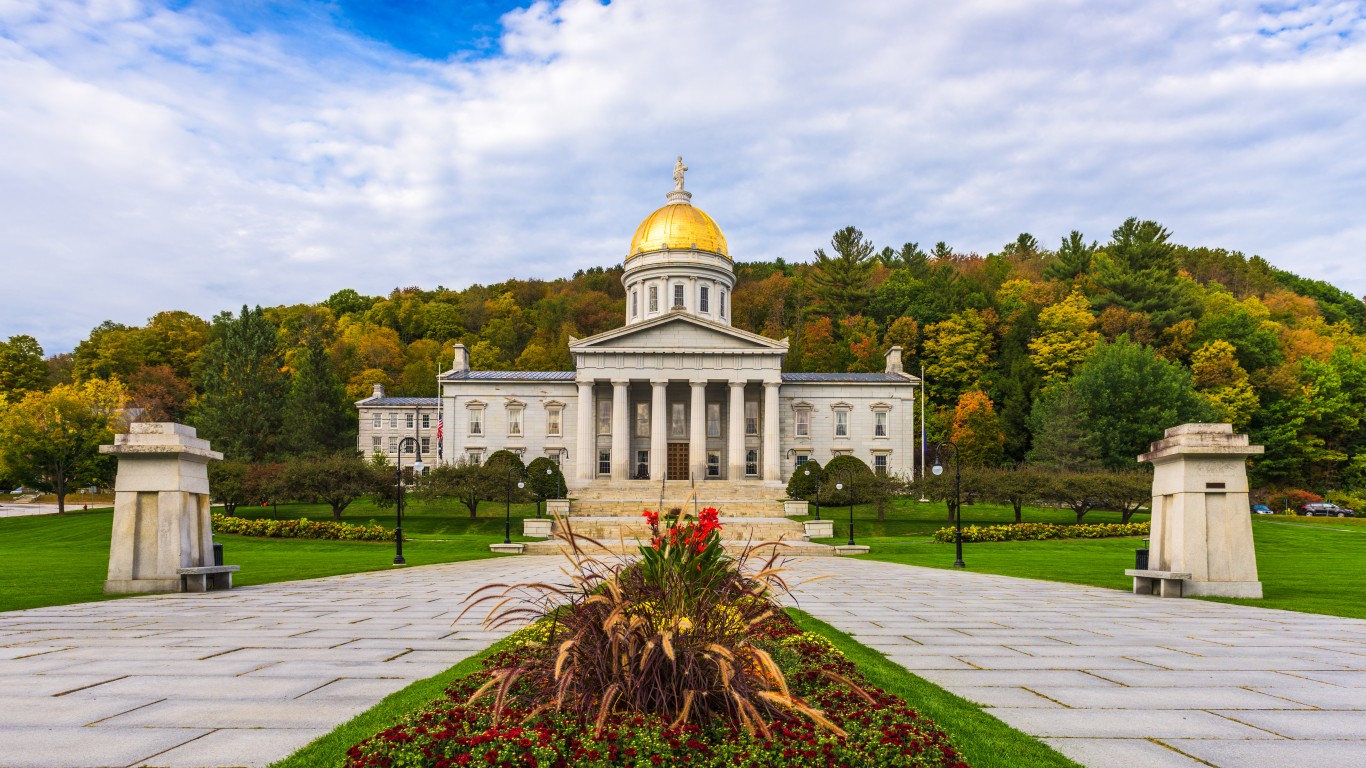 As of 2019, the most recent available year of state-level data, life expectancy at birth in Vermont is 79.8 years, the 14th highest among states and slightly higher than the comparable national average of 79.2 years.

Both at an individual and population level, life expectancy is closely linked to certain behavioral factors. For example, smoking is the leading cause of death in the United States, and adults in Vermont are less likely to smoke than average. An estimated 14.7% of the 18 and older population in the state are smokers -- meaning they smoke every day or most days and have smoked at least 100 cigarettes in their lifetime. Nationwide, 16.6% of the adult population are smokers.

This Is the Most Unusually Popular College Degree in Vermont

How Vermont’s Birth Rate Compares to the Nation

How the Smoking Rate in Vermont Compares to the Nation

How the Property Crime Rate in Vermont Compares to the Nation