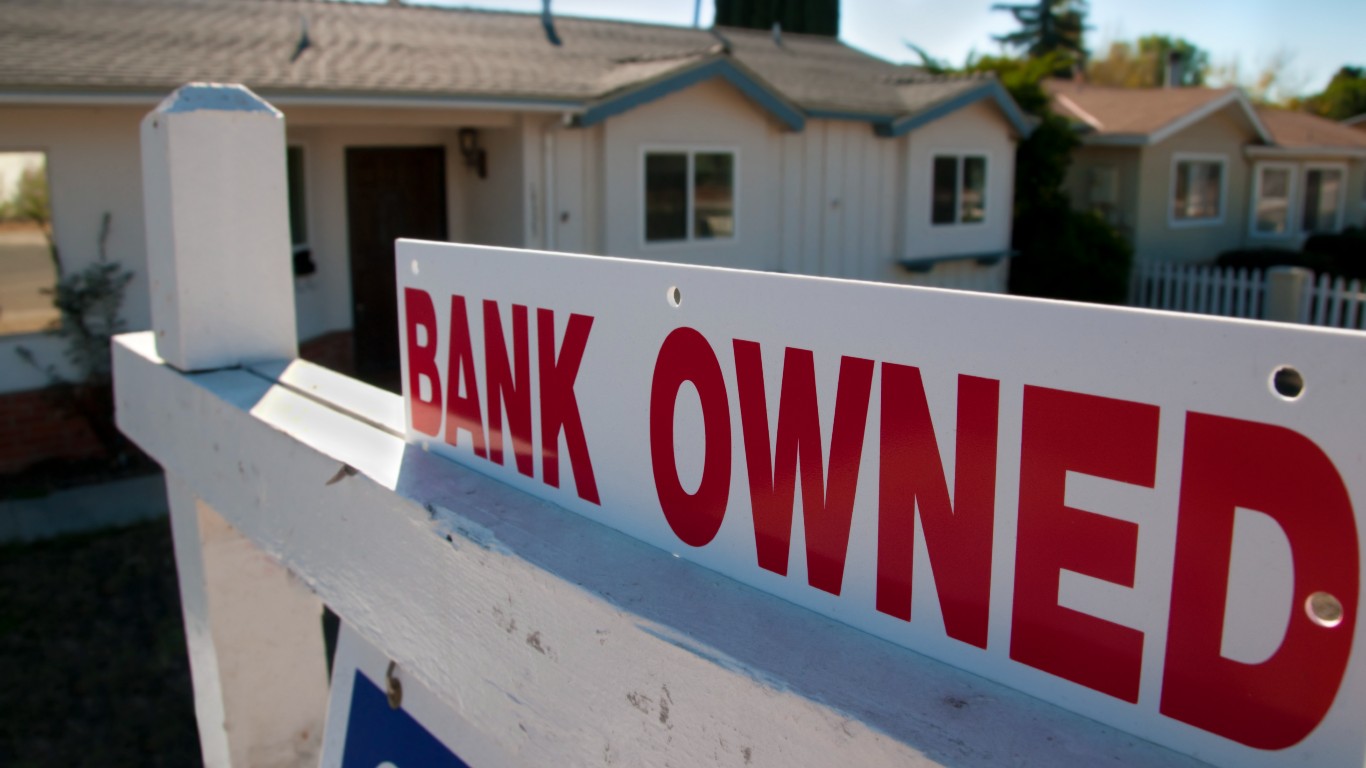 Liberty County, Texas - located in the Houston-The Woodlands-Sugar Land metropolitan area - has one of the highest foreclosure rates of any U.S. county. According to a recent report from Attom, a total of 104 housing units were in foreclosure in the first half of 2022. The foreclosure rate in Liberty County of one in every 319 homes ranks as the 24th highest of the more than 1,700 counties and county equivalents reviewed.

According to five-year estimates from the U.S. Census Bureau's 2020 American Community Survey, the typical household in Liberty County has an income of $50,917 a year and the typical home is worth $115,300. For context, the typical American household's annual income is $64,994, and the national median home value is $229,800.

How the Foreclosure Rate in Texas Compares to the Nation

Yearly Gun Deaths Are Up in Texas

Liberty County, Texas Has One of the Highest Foreclosure Rates in the Nation

This Is How Many Gun Stores There Are in Texas