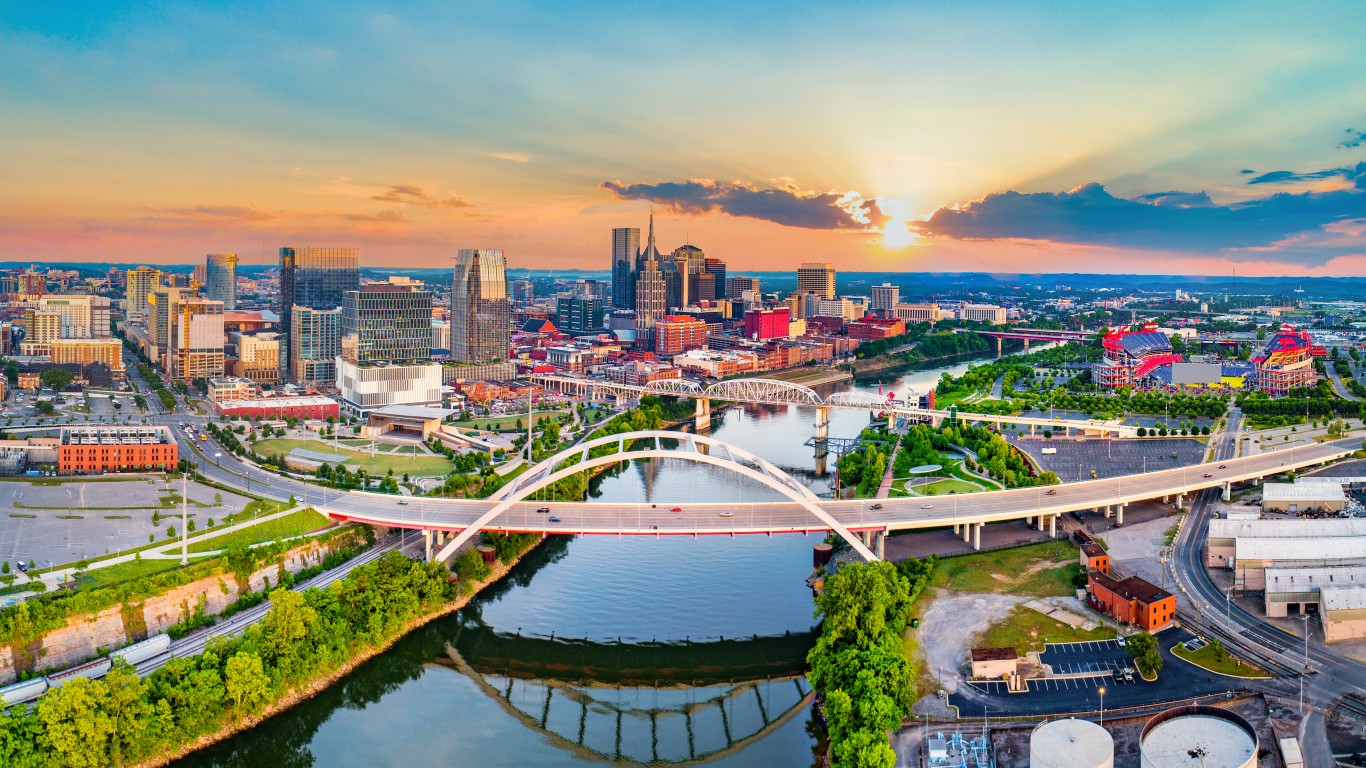 Accounting for these factors and anticipating future trends, the population of the Nashville-Davidson--Murfreesboro--Franklin metro area in Tennessee is projected to grow from 2,039,400 in 2022 to 3,182,500 in 2060. The 56.1% projected population growth in the metro area is the 31st highest of all 384 U.S. metro areas.

This Is the Poorest City in Tennessee

Murfreesboro, TN Is One of the Best Cities for Veterans

This is How Many People are on Death Row in Tennessee

Congress avoids rail strike that could have further damaged the economy

Supreme Court to decide on forgiving student debt in February