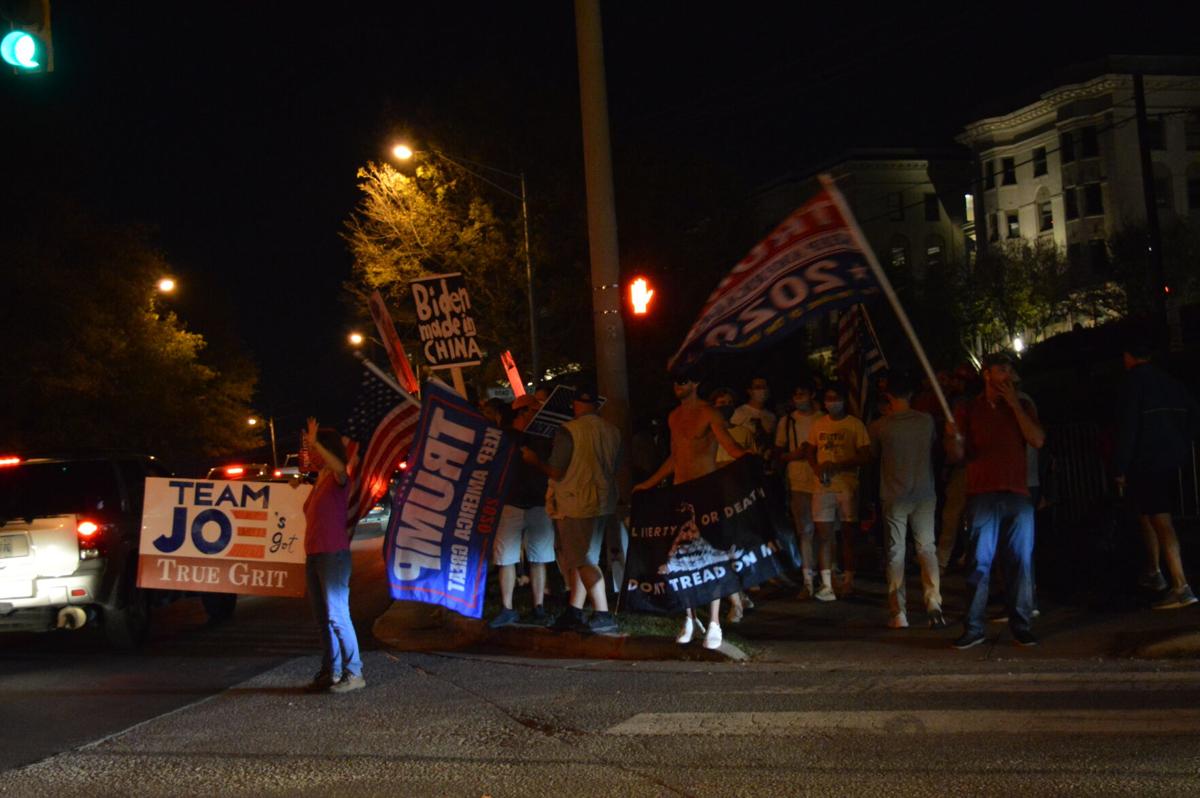 Protesters demonstrate outside the Belmont Mansion ahead of the final presidential debate in Nashville, Tenn., on Thursday, Oct. 22, 2020. 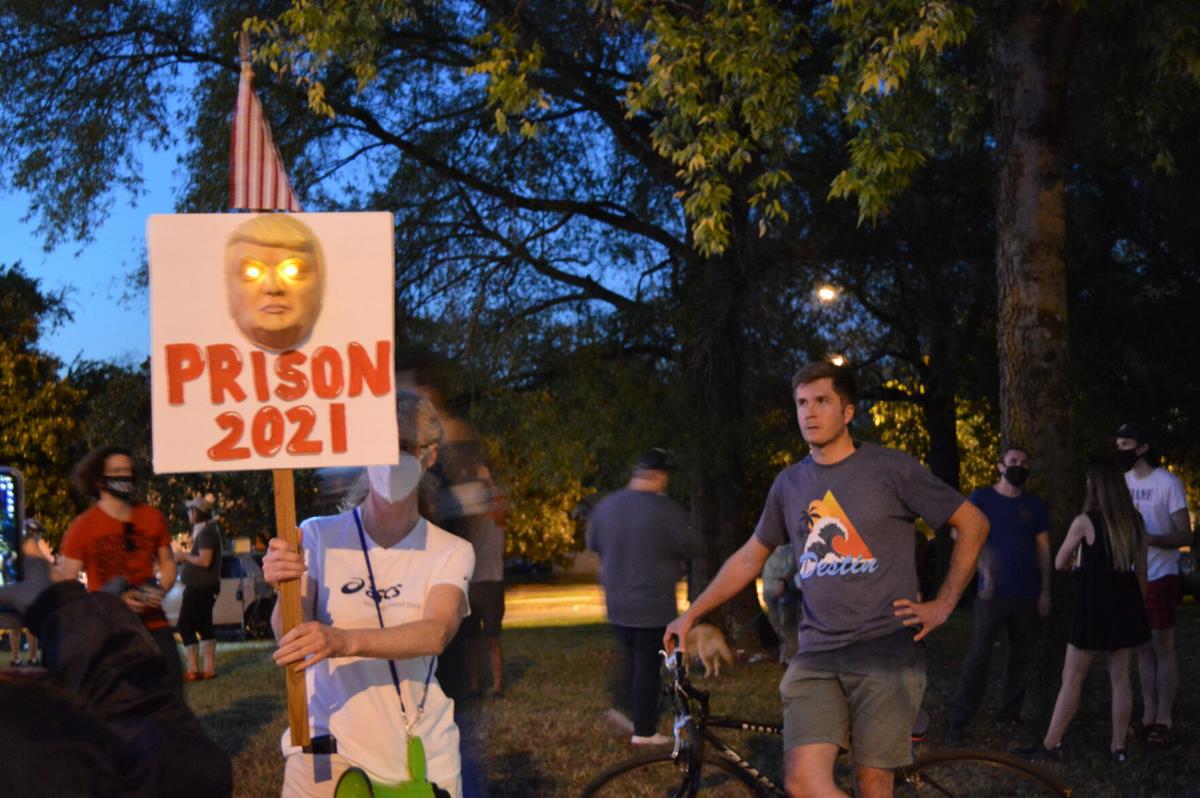 Linda Sharp of Maryville, Tenn., protests outside the final presidential debate at Belmont University in Nashville, Tenn., on Thursday, Oct. 22, 2020. 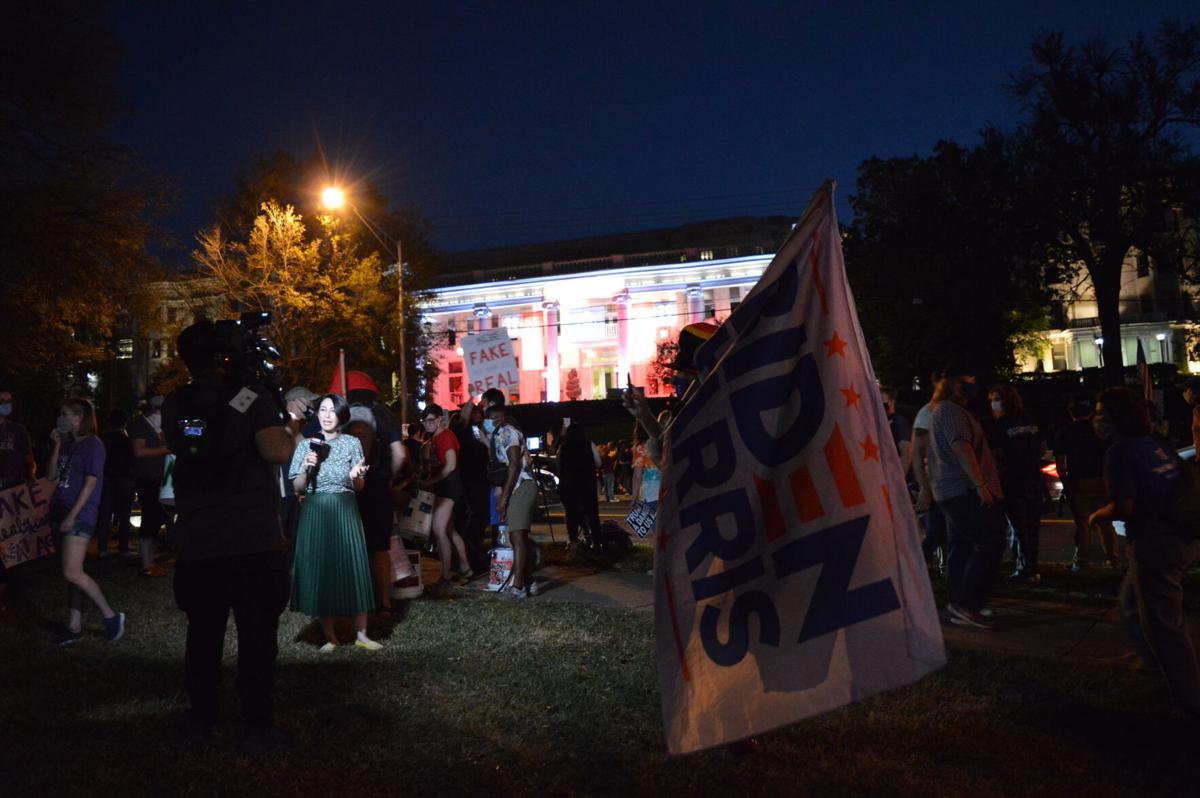 Protesters demonstrate outside the historic Belmont Mansion ahead of the final presidential debate in Nashville, Tenn., on Thursday, Oct. 22, 2020.

Protesters demonstrate outside the Belmont Mansion ahead of the final presidential debate in Nashville, Tenn., on Thursday, Oct. 22, 2020.

Linda Sharp of Maryville, Tenn., protests outside the final presidential debate at Belmont University in Nashville, Tenn., on Thursday, Oct. 22, 2020.

Protesters demonstrate outside the historic Belmont Mansion ahead of the final presidential debate in Nashville, Tenn., on Thursday, Oct. 22, 2020.

(The Center Square) – As President Donald Trump and former Vice President Joe Biden prepared to meet Thursday night for the last presidential debate in Nashville, hundreds of demonstrators from across the country and Tennessee gathered along Wedgewood Avenue and Magnolia Boulevard to show support for the candidates.

Dueling shouts of, “Lock up, Hunter!” and, “Vote him out!” were exchanged, as cars passed by honking and waving flags for both sides.

“No Trump. No KKK. No fascist USA!” chanted a group of demonstrators while beating overturned buckets in a drum circle.

“When I first voted for Donald Trump, I thought he was a clown, and then he changed my mind,” said Amber Blevins, who came to protest from Clarksville, Tenn. “Trump has done so much to help our country already as far as the economy, as far as jobs, and I can see that he's bringing the country together.”

“We're here to show support for President Donald Trump, and to make sure that he knows that there's not just leftist haters here to protest,” Blevins added, holding a bright red Trump flag.

Linda Sharp of Maryville, Tenn., drove to Nashville with her granddaughter – just like she did four years ago to participate in the Women’s March after Trump was sworn in. Sharp carried a sign bearing a Trump mask with glowing light bulbs in the eyes. The sign read, “Prison 2020.”

“We knew that this would be our last one for before he's out of the White House, so we really want him to be here and to show what we think about it,” Sharp said.

Among the pro-Biden demonstrators was a group supporting Tennessee U.S. Senate candidate Marquita Bradshaw. More than one rainbow flag waved in support of LGBTQ rights.

Janet Gilmore of Nashville came to demonstrate for the Biden-Harris ticket because she wants a president with character who is committed to “telling the truth and not lying, and putting America first.”

“I don't think Donald Trump does that even though he says that as his campaign slogan.” Gilmore said.

The debate also drew first-time demonstrators such as Nashville resident Forrest White, who came to Belmont University to support Trump because, he said, too many supporters of the president just stay at home.

“I'm here to support Trump, not because he has a good personality, but because he has gotten good things done for the country,” White said. “He established peace agreements with two nations with Israel, the [United] Arab Emirates and Bahrain. He also helped stimulate the economy by putting money into disadvantaged neighborhoods to teach entrepreneurship, to young Black Americans. He's also reduced taxes on corporations, which is critical to keeping people here.”

The Biden and Trump motorcades arrived at the Belmont University campus roughly 20 minutes before the debate began.