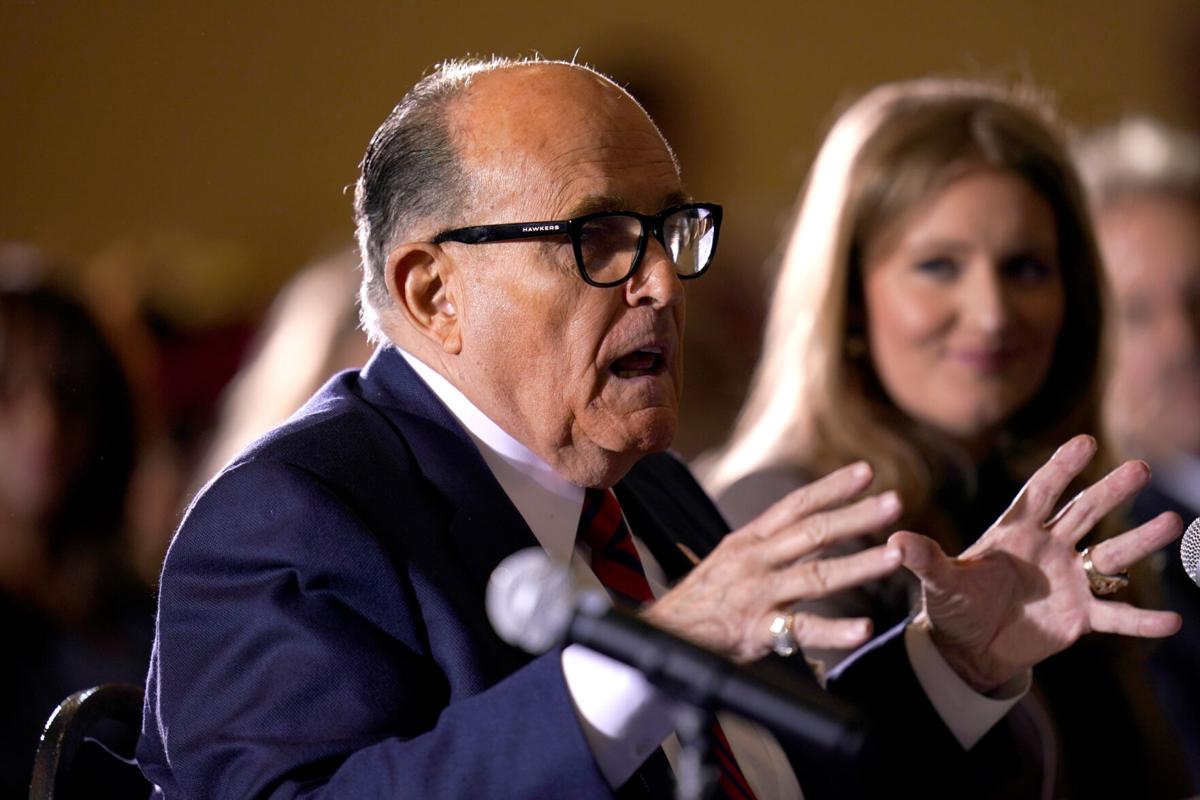 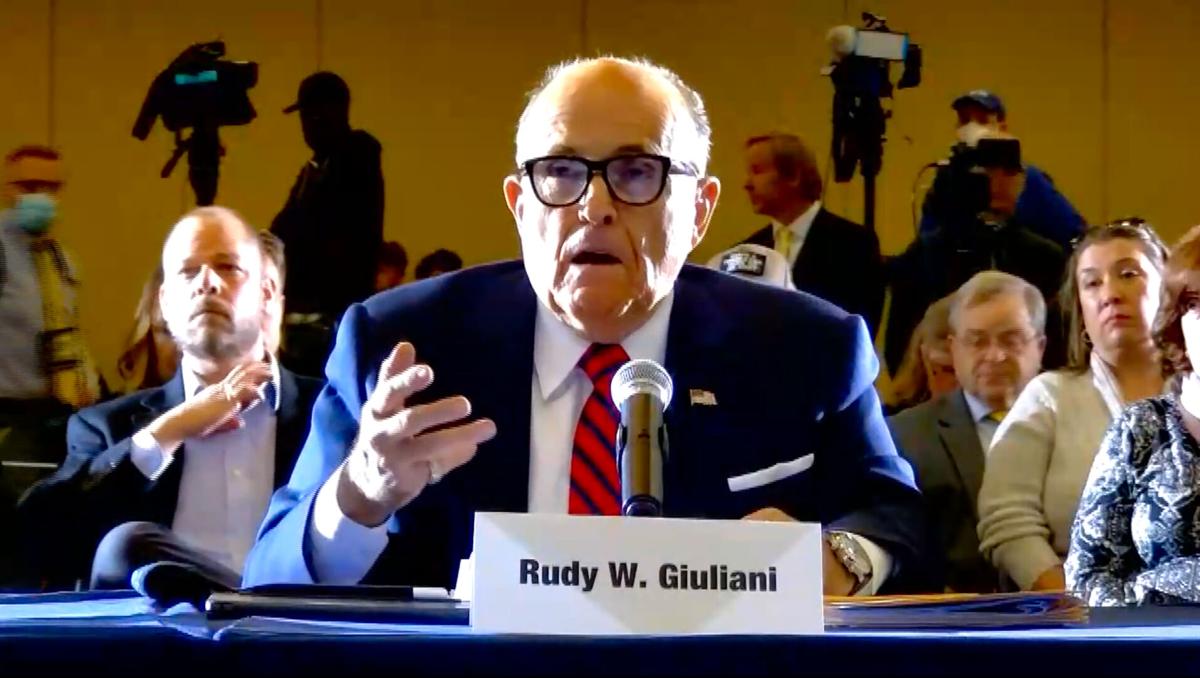 Giuliani, the public face of Trump’s legal efforts to overturn the election results in a handful of swing states – Pennsylvania chief among them – laid out his allegations for voter fraud before the Senate Majority Policy Committee in Gettysburg, just days after a federal court judge dismissed the claims as baseless. He said a special prosecutor should be appointed and those who orchestrated the election should face prosecution.

Giuliani introduced panel after panel of Republican poll watchers and vote analysts that all claimed election workers in Philadelphia and Allegheny counties, home to the cities of Philadelphia and Pittsburgh, canvassed thousands of mail-in ballots out-of-sight and repeatedly denied or obfuscated access to the process.

As a result, Giuliani said some 682,000 votes tabulated for Biden came without any verification of who cast them – a trend that was repeated in Michigan, Nevada, Wisconsin, Georgia and elsewhere, he said.

“The Democratic leadership of these tightly controlled cities, with a long history of fraud, what are the odds that they are all going to wake up with the same idea?” Giuliani said. “All of a sudden, we are not going to allow any Republicans to see [ballots]? Or is it more likely this is a common plan that started with the idea of having mail in ballots so that it could be easier to cheat.”

He urged legislators to recognize their “power” and “responsibility” to control the election process.

“Your election, because of these two counties and maybe one other, is a sham,” he said to applause from the audience. “It’s a disgrace to your state.”

Republican leaders in the House and Senate have said, repeatedly, they will not break from tradition and will assign electors to the winner of the popular vote. But that hasn’t stopped rank-and-file members from questioning the validity of the results or alleging that court intervention and last-minute guidance from the Department of State undermined the election’s integrity.

“The real problem was when the Pennsylvania Supreme Court decided they were going to write legislation and rewrite our law,” said Sen. Doug Mastriano, R-Greene Township. “And that opened the door to all the abuses and shenanigans and folly we are dealing with here today.”

Mastriano’s comments reference rulings from the state’s highest court that mail-in ballots received after 8 p.m. on Election Day and up until 5 p.m. on Nov. 6 – a deadline set by Gov. Tom Wolf’s administration amid post office delays – are valid.

Act 77, the 2019 law that expanded mail-in voting to most residents for any reason, did not provide an extended deadline. Republican-led appeals have kept the late-arriving ballot separate from the current results, which show Biden with a roughly 80,000 vote lead. The Department of State certified the count on Tuesday.

Still, the president himself maintains that he won Pennsylvania – and the other swing states “easily” – calling the election “rigged” and vowing to “turn it around.” He called into the hearing and thanked the poll watchers who signed affidavits and testified about their mistreatment, despite receiving threats and harassment for doing so.

“We have poll watcher affidavits piled up to the ceiling,” Trump said. "They were treated horribly all over these swing states … If you were a Republican poll watcher, you were treated like a dog. But the Democrats had no problem.”

Democratic lawmakers, however, criticized the hearing as a political stunt that wastes taxpayer dollars all for the sake of “entertaining Giuliani’s conspiracy theories." Senate Minority Leader Jay Costa, D-Allegheny, called Mastriano a hypocrite for challenging the same results that declared him a winner in his district.

“If he has concerns about the legitimacy of our process, I would hope that he would rescind his own claims of victory,” he said via Twitter.

Philadelphia Sen. Sharif Street said policy committee meetings only serve as informational sessions that may contribute in the development of future legislation. But there’s nothing it can do to change the results of the election, he said, no matter how big of a “temper tantrum” Trump throws.

“In reality, votes were all counted by amazing public servants, tallied and certified by boards of elections, and it was all handled by an outstanding Secretary of State Kathy Boockvar,” he said. “We should all be thankful for their tireless work, amid a pandemic at that!”

This story has been edited since its initial publication to correct the title of Pennsylvania Senate Minority Leader Jay Costa.

How Consumer Debt in Pennsylvania Changed During the Pandemic

Forest County Has the Highest Smoking Rate in Pennsylvania

Fatal Drug Overdoses Are on the Rise in Pennsylvania

Harrisburg, PA Reported One of the Highest Murder Rates in the US