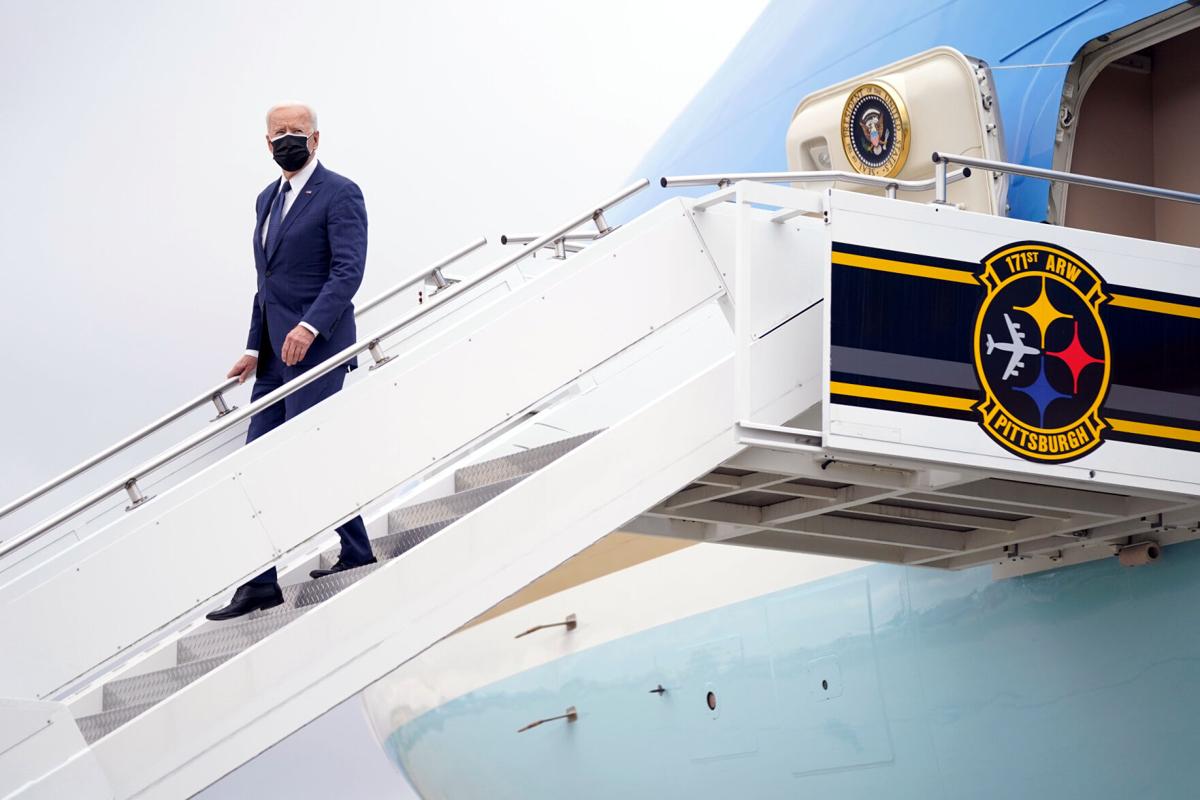 President Joe Biden arrives at Pittsburgh International Airport ahead of a speech on infrastructure spending, Wednesday, March 31, 2021, in Pittsburgh. 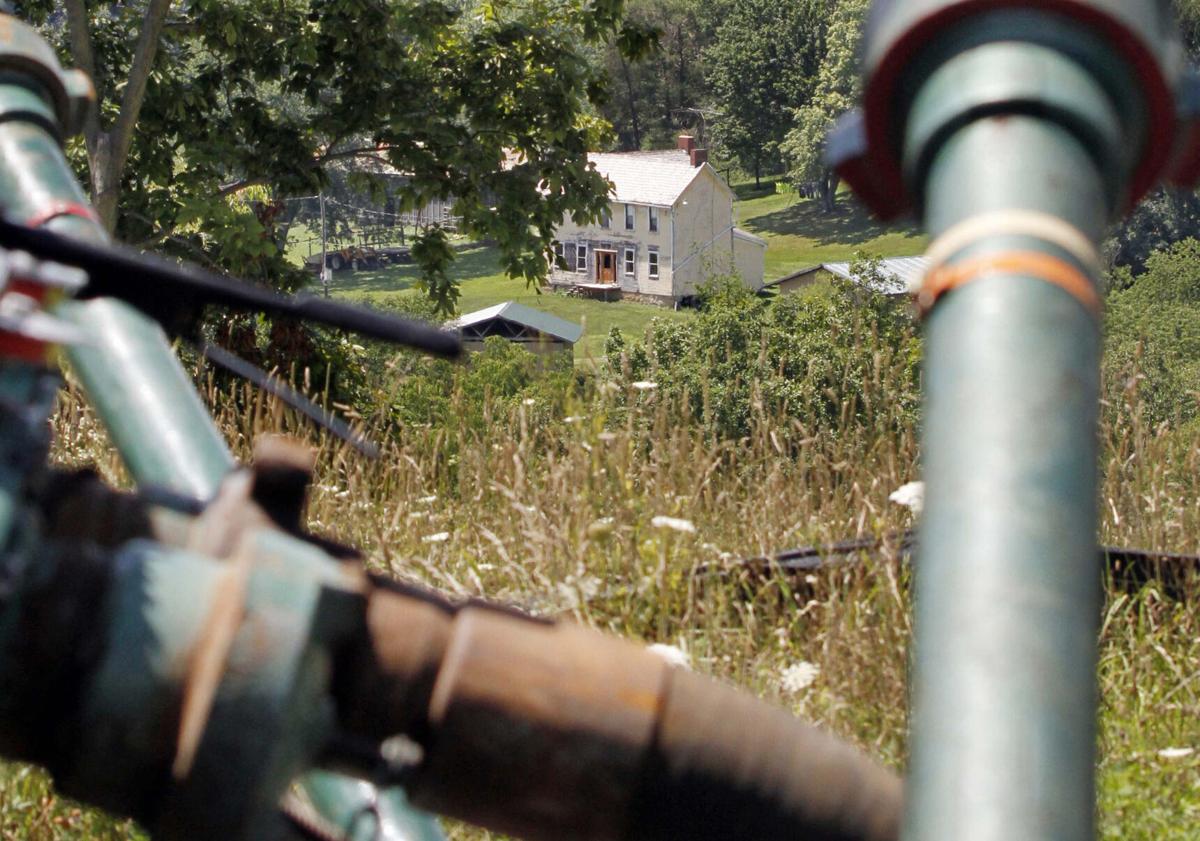 This July 27, 2011 file photo shows a farmhouse in the background framed by pipes connecting pumps where the hydraulic fracturing process in the Marcellus Shale layer to release natural gas was underway at a Range Resources site in Claysville, Pa.

President Joe Biden arrives at Pittsburgh International Airport ahead of a speech on infrastructure spending, Wednesday, March 31, 2021, in Pittsburgh.

This July 27, 2011 file photo shows a farmhouse in the background framed by pipes connecting pumps where the hydraulic fracturing process in the Marcellus Shale layer to release natural gas was underway at a Range Resources site in Claysville, Pa.

The cost means fewer than 1,100 orphaned wells have been plugged in the last decade. The department said it’s identified 8,000 it needs to address, though estimates suggest as many 250,000 exist across the state, most with locations unknown.

“This a major issue both in terms of potential methane emissions as well as drinking water and ground water contamination,” McDonnell told the House Appropriations Committee on Feb. 22. “We like to say there’s a clock on these wells. As the structure of the wells fails over time, because some are over 100 years old, it becomes more expensive for us to deal with.”

The department plugged 17 wells in 2020, three of which posed emergency threats. Permit surcharges enacted under the 1984 Oil and Gas Act fund the effort, but McDonnell said it’s become an “inadequate” source to deal with the problem.

“Relying on permit application fees is not something we think is sustainable longterm,” he said. “There just isn’t the revenue there.”

Enter Biden’s $2 trillion American Jobs Plan, the president’s latest stimulus package that raises corporate taxes to shore up the nation’s infrastructure and speed up America’s clean energy transition. The administration likens the proposal to the New Deal and said it represents an “historic” level of investment not seen since the creation of the interstate highway system in the 1950s.

Plugging abandoned oil and gas wells would achieve the dual goals of job creation and improving air quality, Biden said, building on his day one executive order to finalize federal limits for methane emissions from the energy sector.

Pennsylvania regulates methane emissions on its new wells, but a proposed rule to address existing sources currently exempts “tens of thousands” of low-producing wells. The Environmental Defense Fund said these wells contribute to “more than half” of the state’s oil and gas methane emissions.

The International Energy Agency describes methane as the second largest contributor to climate change behind carbon. Environmental advocates worry lax regulations on the state's natural gas industry have allowed methane contamination of groundwater and air to go unchecked for too long.

“President Biden’s plan sets us [Pennsylvania] up to lead another transition, this time to help lead the world to a new, clean energy economy that puts people to work and reduces the harm to our health and our environment,” said Conservation Voters of Pennsylvania Executive Director Josh McNeil. “It offers us a once in a generation opportunity to invest in communities that have been left behind, especially in the areas of Pennsylvania that have been decimated by the loss of manufacturing jobs and in the communities of color that are often hardest hit by pollution and the impacts of climate change.”

But for some union workers in western Pennsylvania, Biden’s focus on climate change ignores the reality that renewable energy’s intermittency means the power grid still relies on fossil fuels.

“I would like to see some of that money go into the fossil fuel industry a little bit and shoring up the power plants,” Shawn Steffee, a union official for Boilermakers Local 154 in Pittsburgh, told Fox News on Wednesday. “I’d like him [Biden] to say he’d like to move forward and not neglect our fossil fuel industry that means so much to us in western Pennsylvania … we need to have a good mix and we need a seat at the table as fossil fuel workers.”