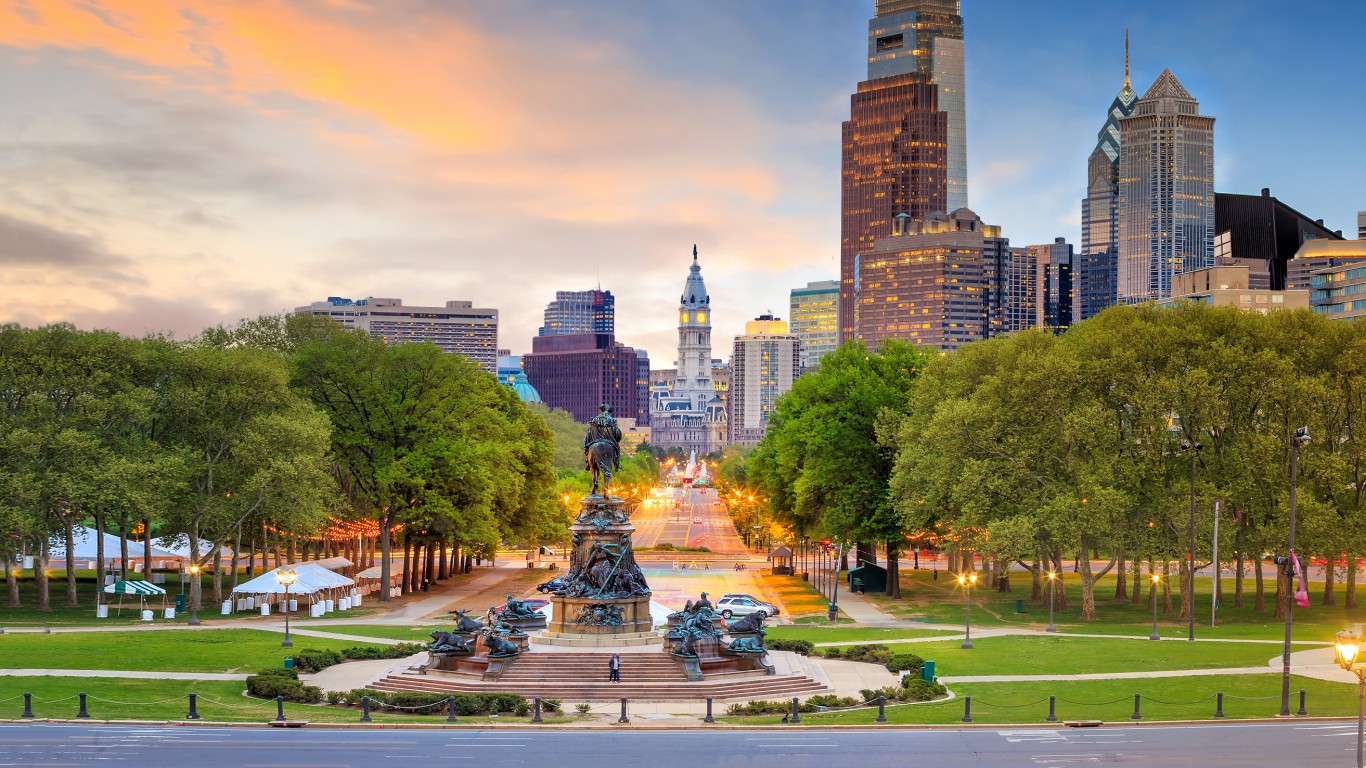 In Pennsylvania, drug overdose deaths are on the rise, though at a slower pace than the national average. There were an estimated 5,410 fatal overdoses in Pennsylvania over the 12 months ending in April 2021, compared to 4,784 over the same period the year prior. The 13.1% increase ranks as the eighth smallest of all 46 states that reported an increase in deadly overdoses.

The fatal drug overdose rate in Pennsylvania now stands at 41.6 deaths for every 100,000 people, the ninth highest among all states. Nationwide, the per capita fatality rate stands at 30.3 per 100,000.

How Consumer Debt in Pennsylvania Changed During the Pandemic

Forest County Has the Highest Smoking Rate in Pennsylvania

Fatal Drug Overdoses Are on the Rise in Pennsylvania

Harrisburg, PA Reported One of the Highest Murder Rates in the US