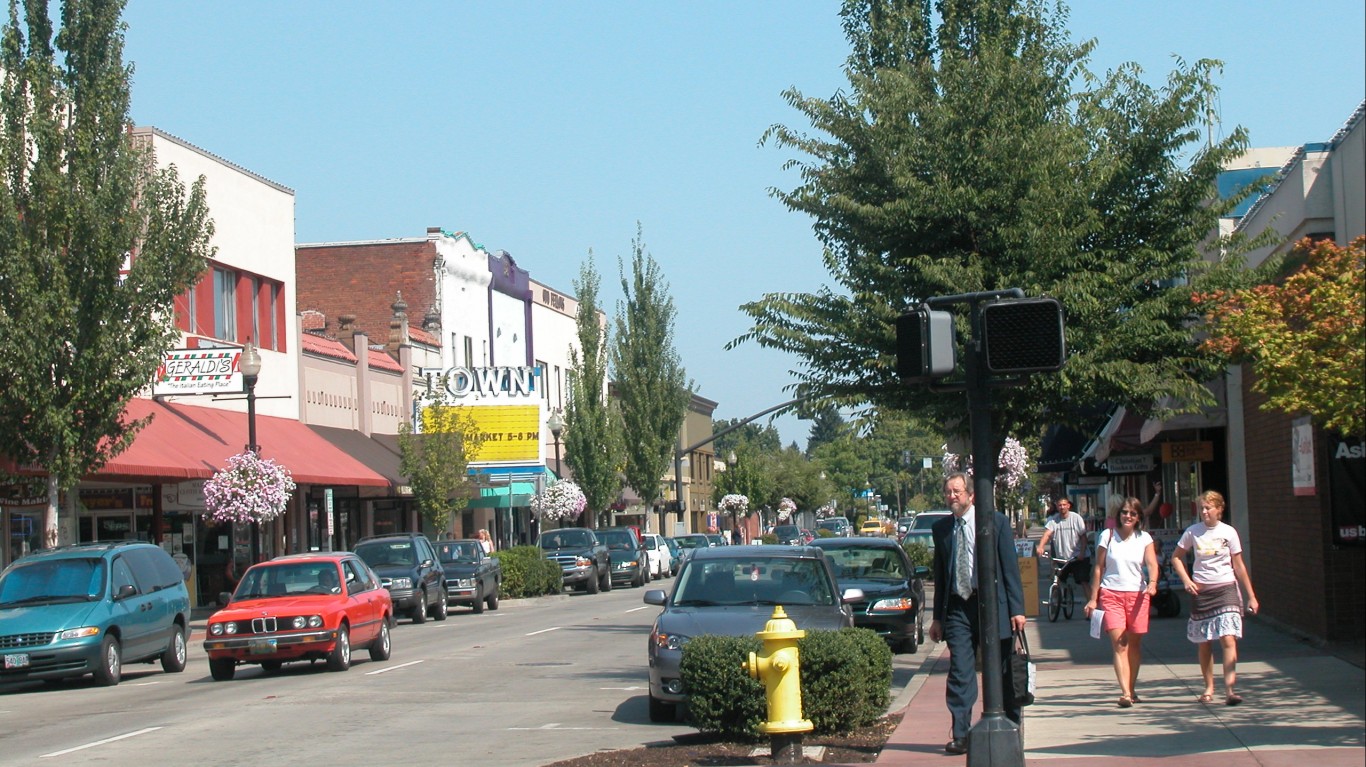 In Oregon, Hillsboro is home to one billionaire who controls more wealth than those in any other city in the state. Worth an estimated $51.6 billion, Phil Knight is the only Hillsboro resident with a minimum 10-figure net worth.

Although Portland, Oregon is also home to one billionaire, their net worth of $2.8 billion falls short of that of Phil Knight.

This is How Much Teachers are Paid in Oregon

This is the City in Oregon With the Most Billionaires

This is the Most Iconic Job in Oregon

Here Is How Much People Pay in Taxes in Oregon