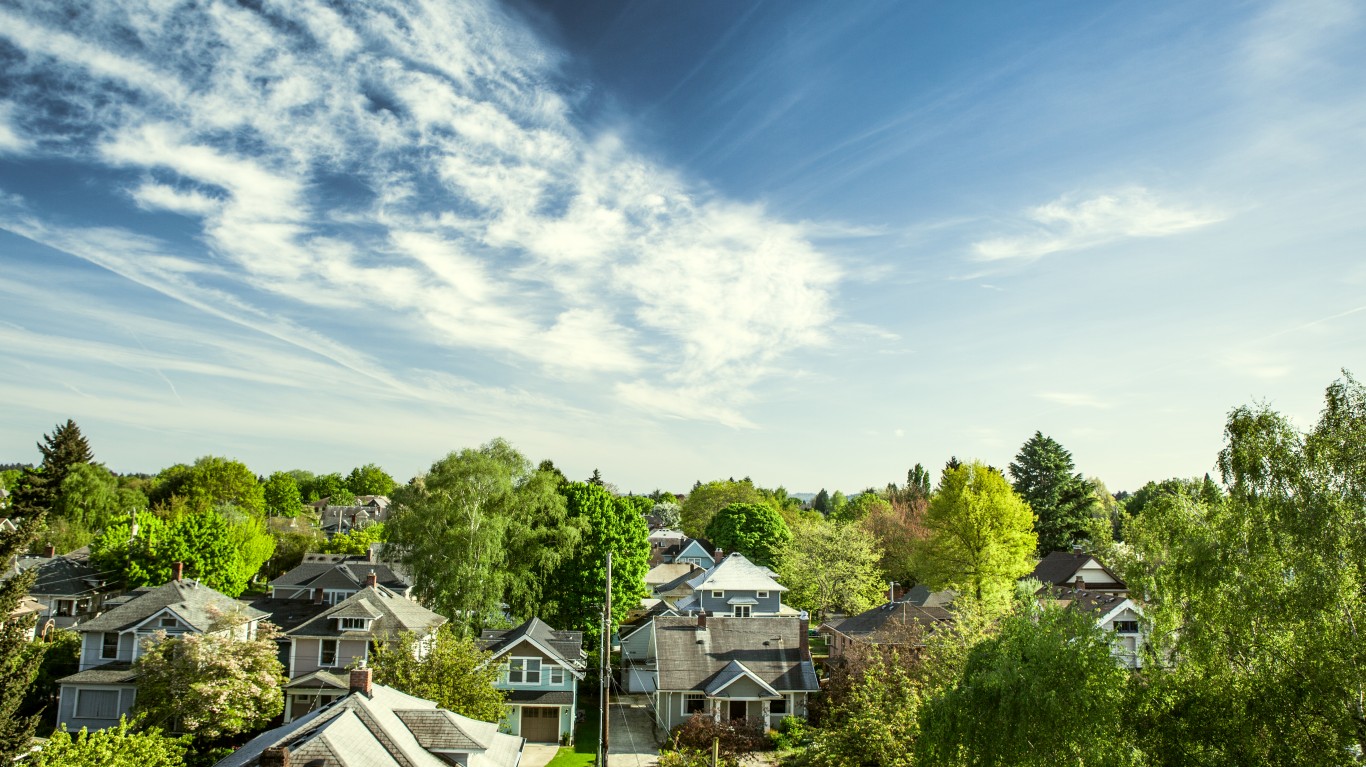 According to the U.S. Census Bureau's American Community Survey for 2019, the most recent year of available state level data, Oregon has the ninth lowest homeownership rate among states, at 62.9%. For reference, the national homeownership that year stood at 64.1%.

In Oregon, the typical home is worth an estimated $354,600, more than the national median of $240,500. The high median home price also likely helps explain why homeowners are more likely than average to be paying down a mortgage. An estimated 66.1% of owner-occupied housing units in the state have a standing mortgage, compared to 61.7% nationwide.

Josephine County Has the Highest Smoking Rate in Oregon

Life Expectancy at Birth in Gilliam County, OR Is Among the Highest in the Country

Fatal Drug Overdoses Are on the Rise in Oregon

This Is the Best School in The Portland Area