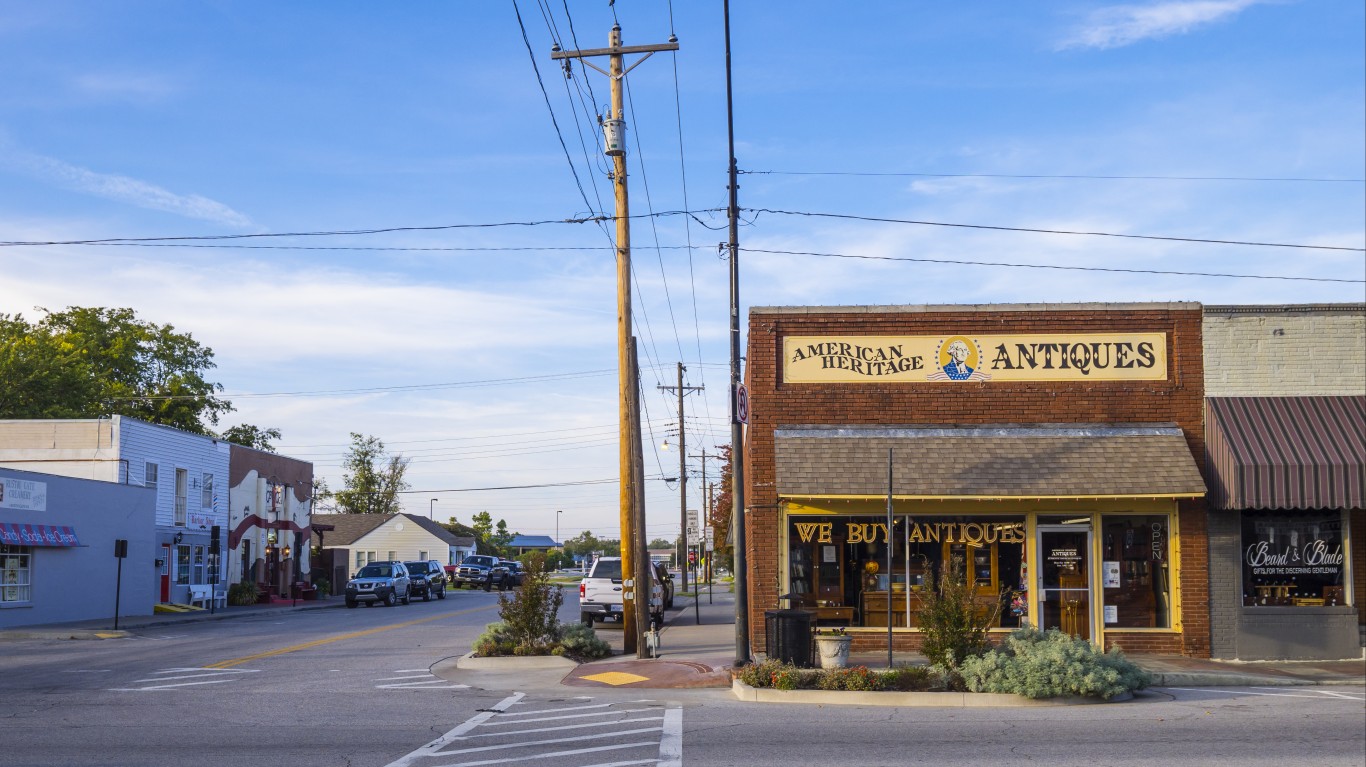 The median annual household income in America is just over $60,000. While many of the highest paying jobs tend to concentrate near large population centers, there are also smaller towns that are very prosperous. In most states, the wealthiest town has a median household income that is two or three times higher than the median across the state as a whole.

24/7 Wall St. reviewed the median annual household income in over 2,600 cities, towns, villages, and census designated places to identify the richest town in every state. We only considered areas with populations between 1,000 and 25,000. To ensure accuracy, we only considered places where the margin of error for population and median household income was less than 10%.

Jenks, Oklahoma, is located just south of Tulsa, so residents have access to the many high-paying jobs in the bigger city, in sectors like health care and aerospace engineering. Oklahoma has one of the lower median household incomes among states, at $51,424. The median in Jenks is tens of thousands of dollars higher, at over $93,000. This prosperity has likely attracted many new residents to Jenks -- the population grew by more than 24%, from less than 18,000 in 2013 to over 21,000 in 2018.

This is the Average Tax Refund in Oklahoma

This is the City in Oklahoma With the Most Billionaires

This is the Most Iconic Job in Oklahoma

Here Is How Much People Pay in Taxes in Oklahoma