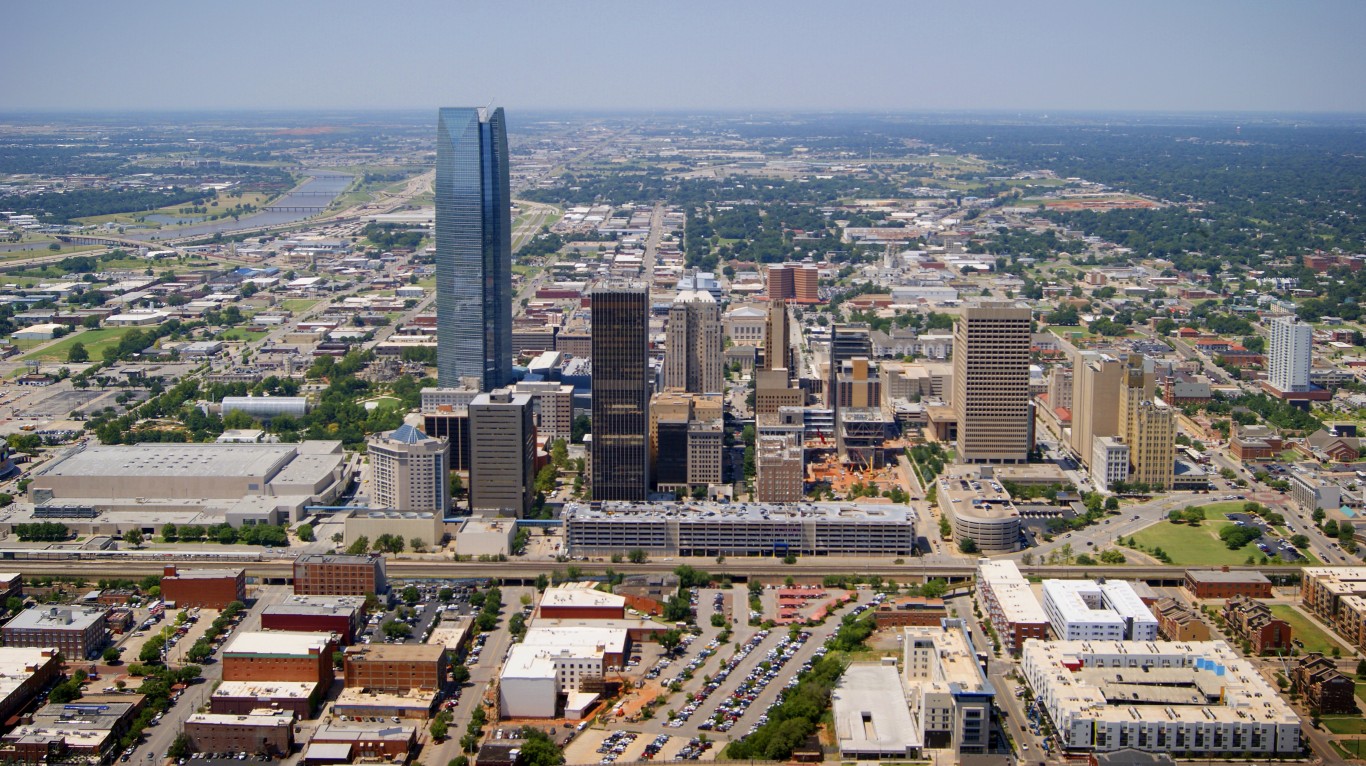 Oklahoma is one of many states in which both lotteries and commercial casinos are legal. Many casinos in the state benefit from being located near the Texas border, as the Lone Star State does not allow casinos. Oklahoma boasts the third most electronic gaming devices of any state, trailing only Nevada and California. Casino spending in the state totalled $140.9 million in 2019.

The first state lottery ticket was sold in Oklahoma in 2005, and in 2019, the state lottery reported $242.0 million in ticket sales. Spending on lotteries and at casinos in the state, however, totals $127 a year per adult, the lowest such per capita spending rate of any state -- excluding those without commercial casinos.

This Is How Many People Live With Their Parents In Oklahoma

This is the Least Expensive Zip Code in Oklahoma

This Is Where Oklahoma Ranks Among the Best States to Retire

This is How Much Oklahoma Spends on Gambling