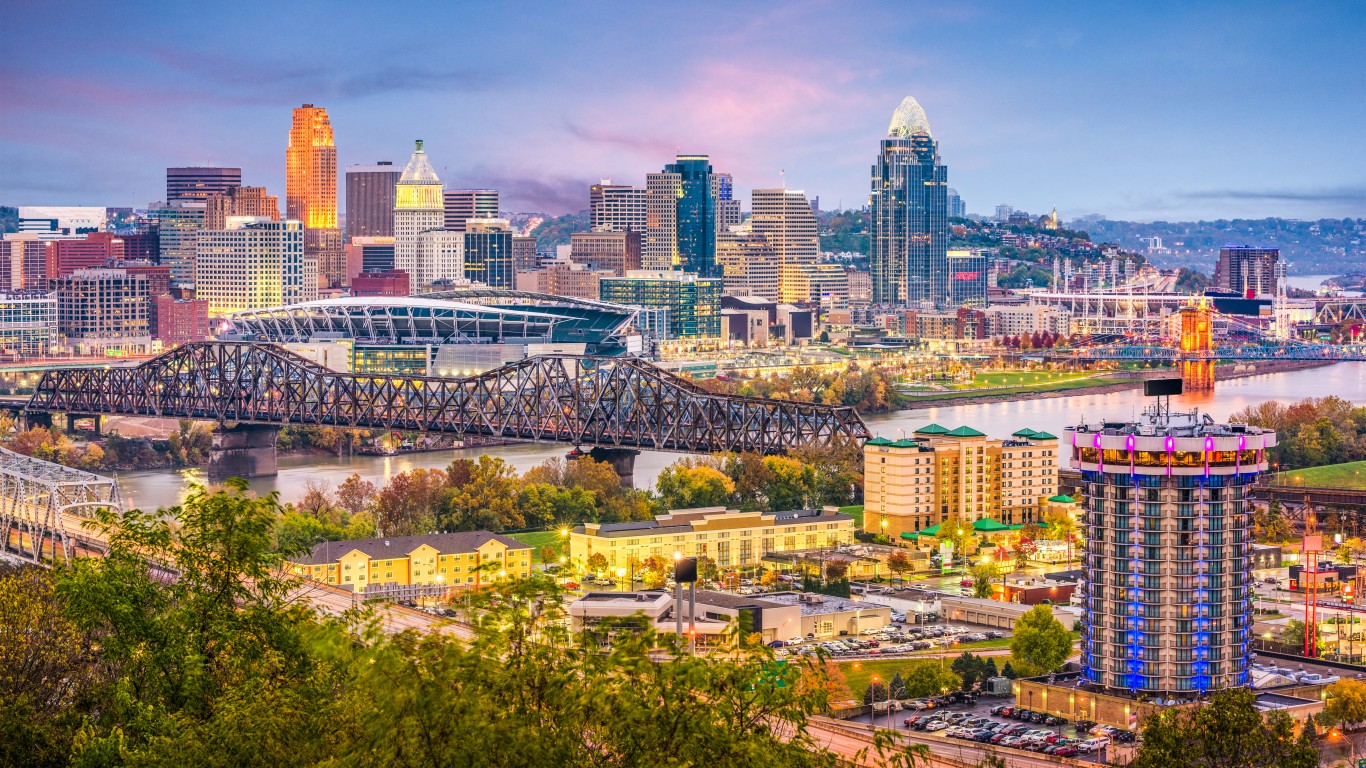 In Ohio, the estimated cost of living for a family of four stands at $73,570 for 2022, lower than the national average and the fifth lowest among states. Of all living expense categories, child care has the highest annual cost in Ohio, averaging $14,489 per year for a family of four - or 19.7% of the family's estimated annual expenses.

The average cost of living for a family of four in the state highlights the financial hardship many Ohio families face. According to the five-year estimates from the U.S. Census Bureau's American Community Survey, there are about 2,952,200 families living in the state, and an estimated 23.3% of them earn less than $40,000 per year.

This Is the City with the Lowest Rent in Ohio

How the Homeownership Rate in Ohio Compares to Other States

Here’s How Rich Ohio Residents Are Compared to the Nation