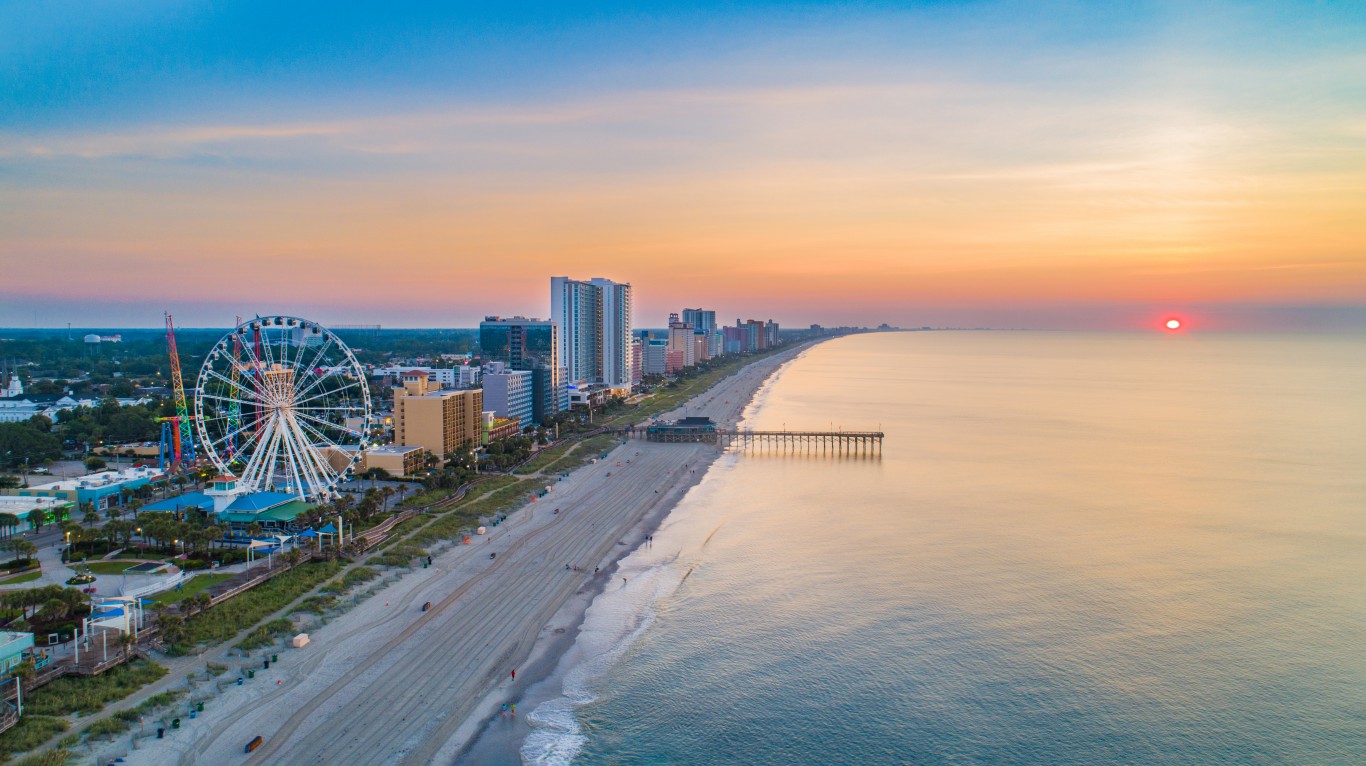 Accounting for these factors and anticipating future trends, the population of the Myrtle Beach-Conway-North Myrtle Beach metro area, which spans parts of South Carolina and North Carolina, is projected to grow from 519,200 in 2022 to 944,700 in 2060. The 81.9% projected population growth in the metro area is the ninth highest of all 384 U.S. metro areas.

Rocky Mount, NC Ranks as One of the Poorest Big Cities in the Country

Goldsboro, NC Ranks as One of the Poorest Big Cities in the Country

Greenville, NC Ranks as One of the Poorest Big Cities in the Country