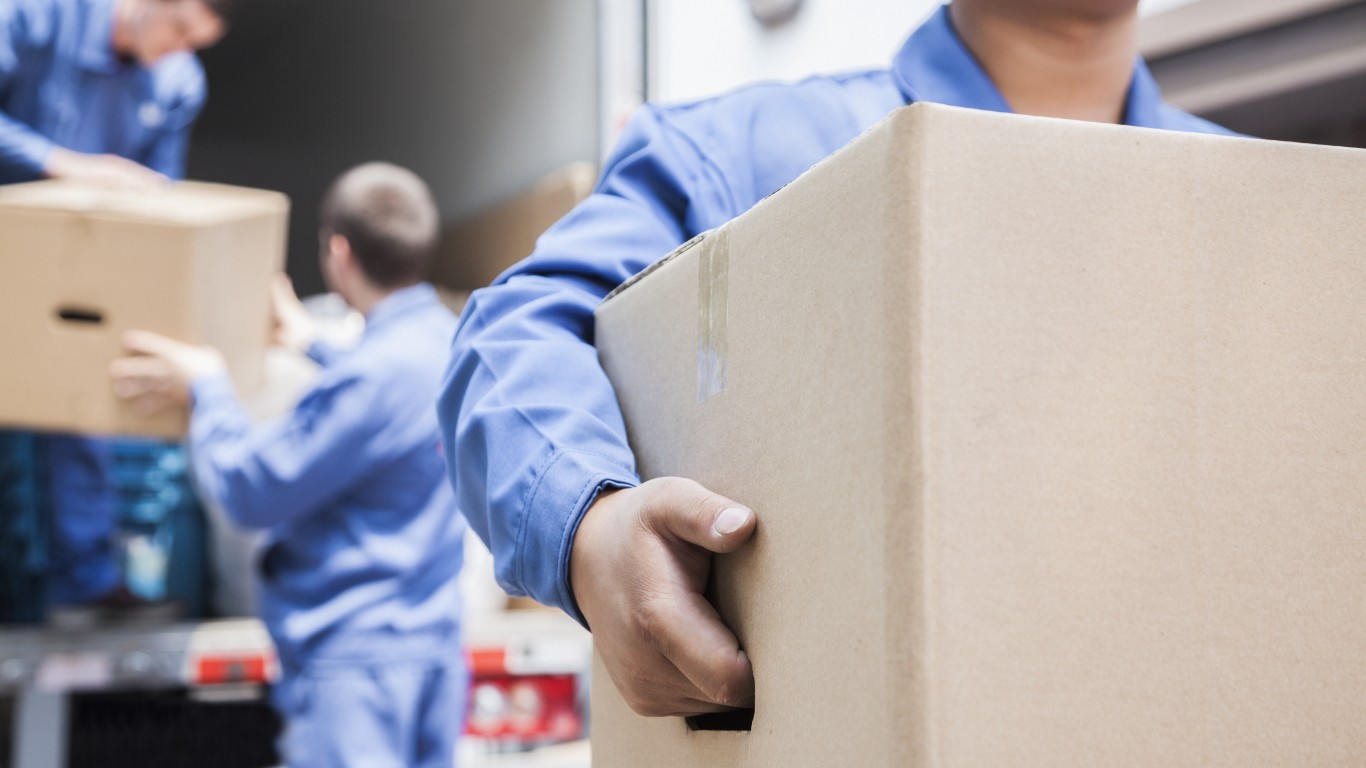 The U.S. population grew by 2.7% over the past five years, from about 327 million in 2016 to almost 332 million people in 2021. But in recent years, urban populations in much of the country have swelled even more rapidly.

Due to these factors, the Durham-Chapel Hill metro area in North Carolina reported 16.9% population growth in the last five years, the 13th most among 381 U.S. metro areas with available data. The latest data from the U.S. Census Bureau's American Community Survey shows that Durham's population grew to 654,012 from 559,535 in 2016.

Economic opportunity is one of the most common reasons people move within the United States, and areas with strong job markets can provide better economic stability for new families. Over the last five years, unemployment in the metro area has fallen considerably. As of the end of 2021, 3.1% of the Durham labor force were out of work, down from 4.4% at the end of 2016, according to the Bureau of Labor Statistics.

This Is the Poorest Town in North Carolina