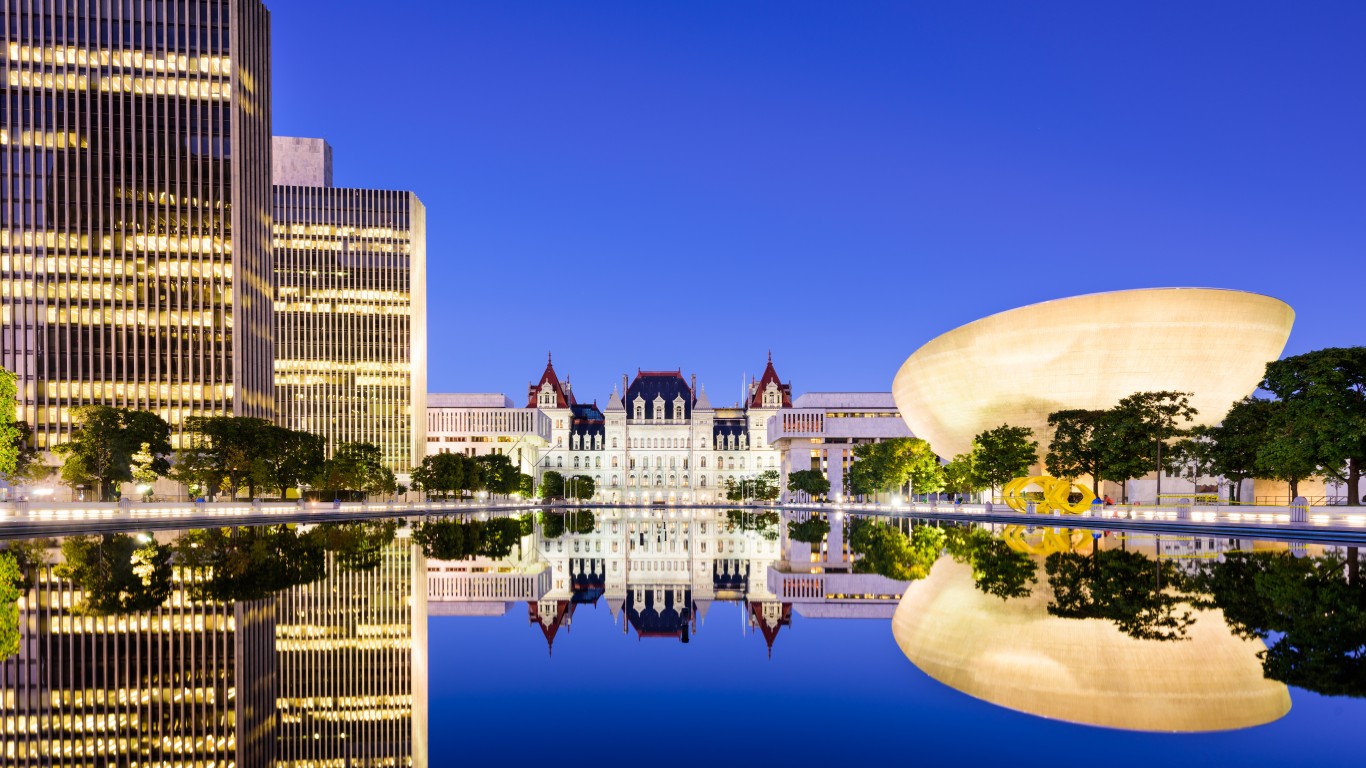 In the continuation of a longer-term trend stretching back over a decade, the number of births in the U.S. fell by 4% in 2020, pushing the birth rate to its lowest point on record. Experts attribute falling birth rates to the increase in the average age of mothers, as people have been marrying and having children later in life. A growing body of evidence suggests that the COVID-19 pandemic may have deterred many would-be parents from starting families.

As it has been since 2007, the U.S. birth rate is well below what is referred to as "replacement-level fertility," the birth rate a country must maintain to keep population levels stable without immigration. This could prove to be a problem. Though it is difficult to predict the implications with any degree of certainty, an aging and shrinking population could slow economic growth, strain government funding, and lead to worker shortages.

In New York, the birth rate is slightly below the national average. There were 10.5 births for every 1,000 people in the state between July 1, 2020 and July 1, 2021 compared to 10.8 per 1,000 nationwide, according to the U.S. Census Bureau's Population and Housing Unit Estimates Program. New York's birth rate ranks as the 18th lowest among states.

Despite the lower than average birth rate, births outpaced deaths in New York in the most recent year of available data. Excluding net migration -- the number of people who moved to or from the state -- New York's population expanded by 0.09% over the 12 months ending in July 2021.

Workers in New York, New York Have Some of the Longest Commutes in the Country

Workers in Valley Stream, New York Have Some of the Longest Commutes in the Country

Workers in Long Beach, New York Have Some of the Longest Commutes in the Country

Workers in Elmont, New York Have Some of the Longest Commutes in the Country

Florida officials push back against Biden plan to relinquish U.S. health sovereignty to WHO

Biden administration poised to hand over U.S. health sovereignty to WHO