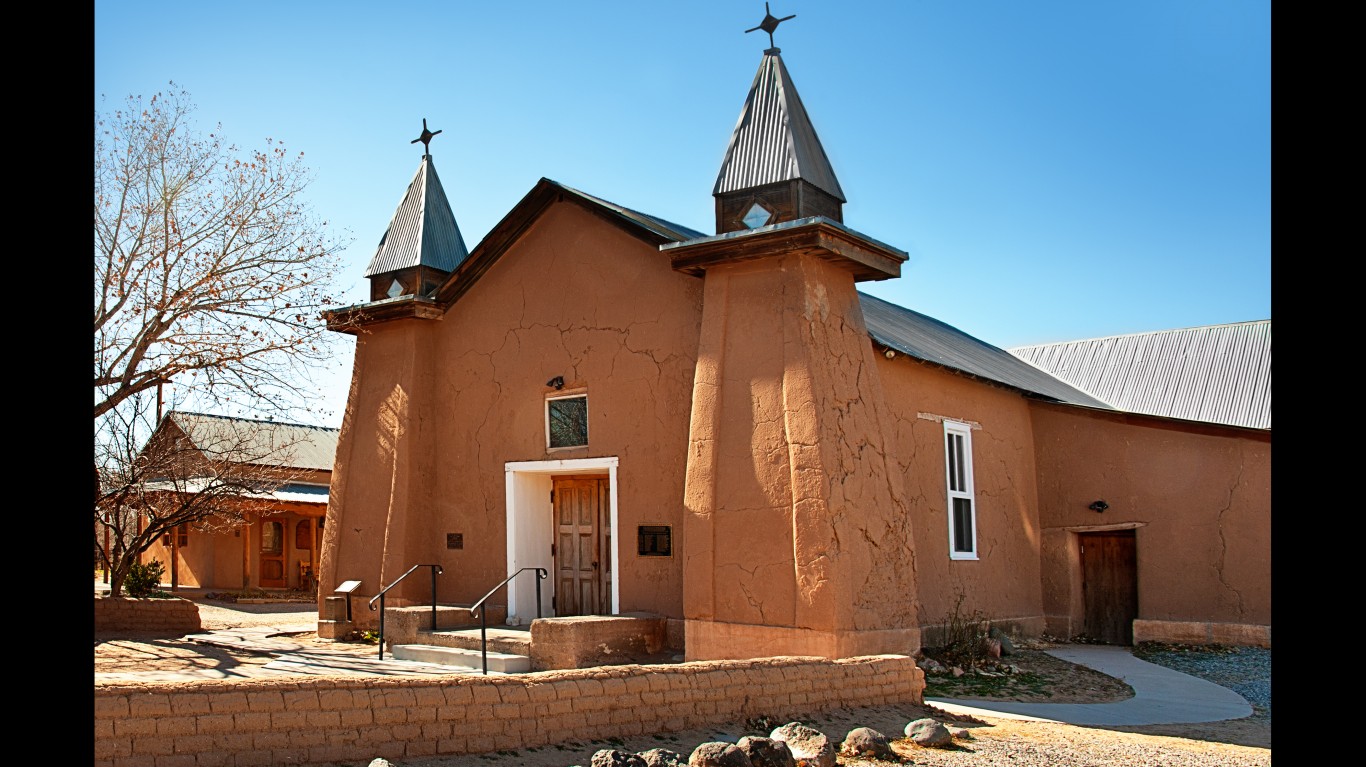 Corrales, New Mexico, is a small village of less than 10,000 residents located just north of Albuquerque. Steeped in history, the area shows evidence of human settlement dating as far back as 500 A.D. Today, socioeconomic conditions in the area make it the best place to live in New Mexico.

An average of only 2.8% of the local labor force have been unemployed in the last five years, less than half the comparable 6.7% statewide average. The local poverty rate of 4.9% is also nearly one-fifth New Mexico's poverty rate of 19.1%. Corrales is also relatively safe. There were only 138 violent crimes for every 100,000 people in the area in 2019 compared to New Mexico's violent crime rate of 832 per 100,000.

This is the Worst County to Live in New Mexico