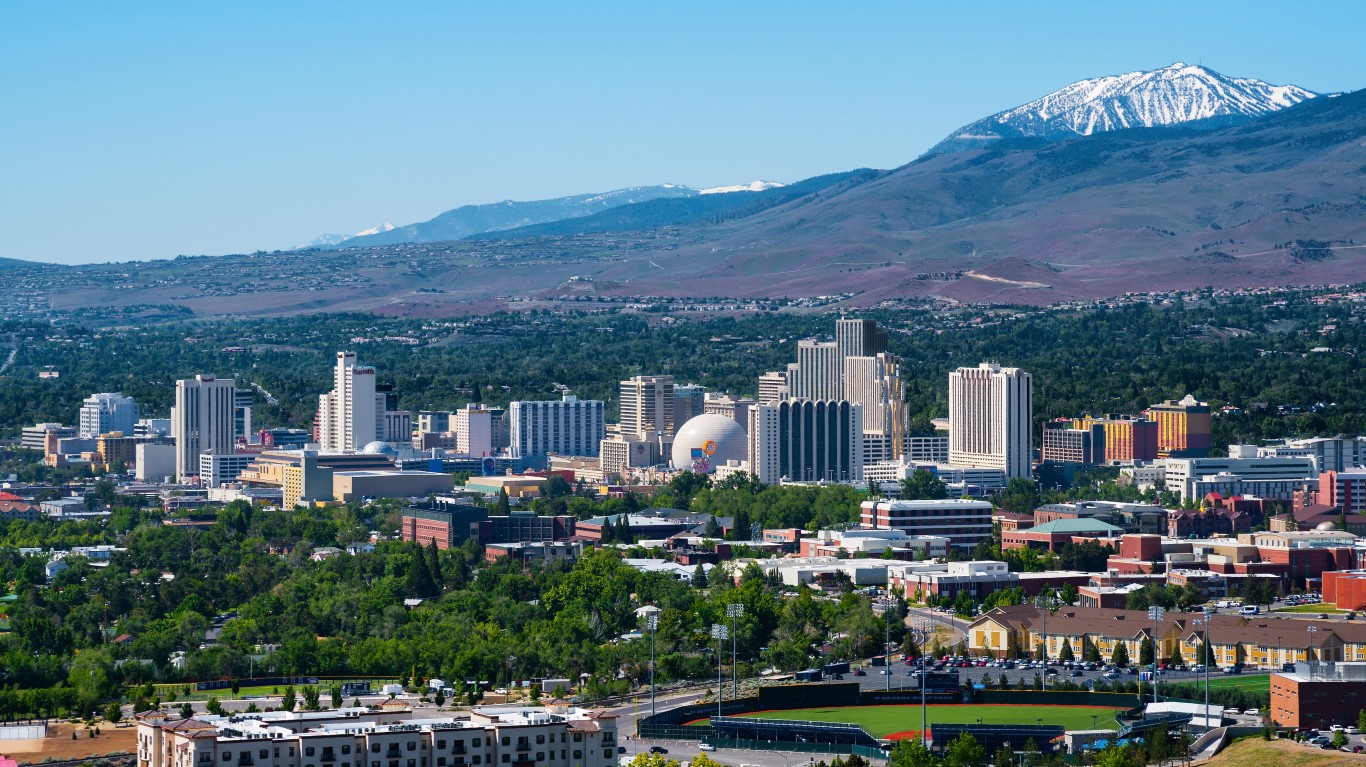 In Nevada, the estimated cost of living for a family of four stands at $81,680 for 2022, lower than the national average and the 25th lowest among states. Of all living expense categories, child care has the highest annual cost in Nevada, averaging $17,051 per year for a family of four - or 20.9% of the family's estimated annual expenses.

The average cost of living for a family of four in the state highlights the financial hardship many Nevada families face. According to the five-year estimates from the U.S. Census Bureau's American Community Survey, there are about 720,200 families living in the state, and an estimated 23.2% of them earn less than $40,000 per year.

This Is the City with the Lowest Rent in Nevada

Here’s How Rich Nevada Residents Are Compared to the Nation