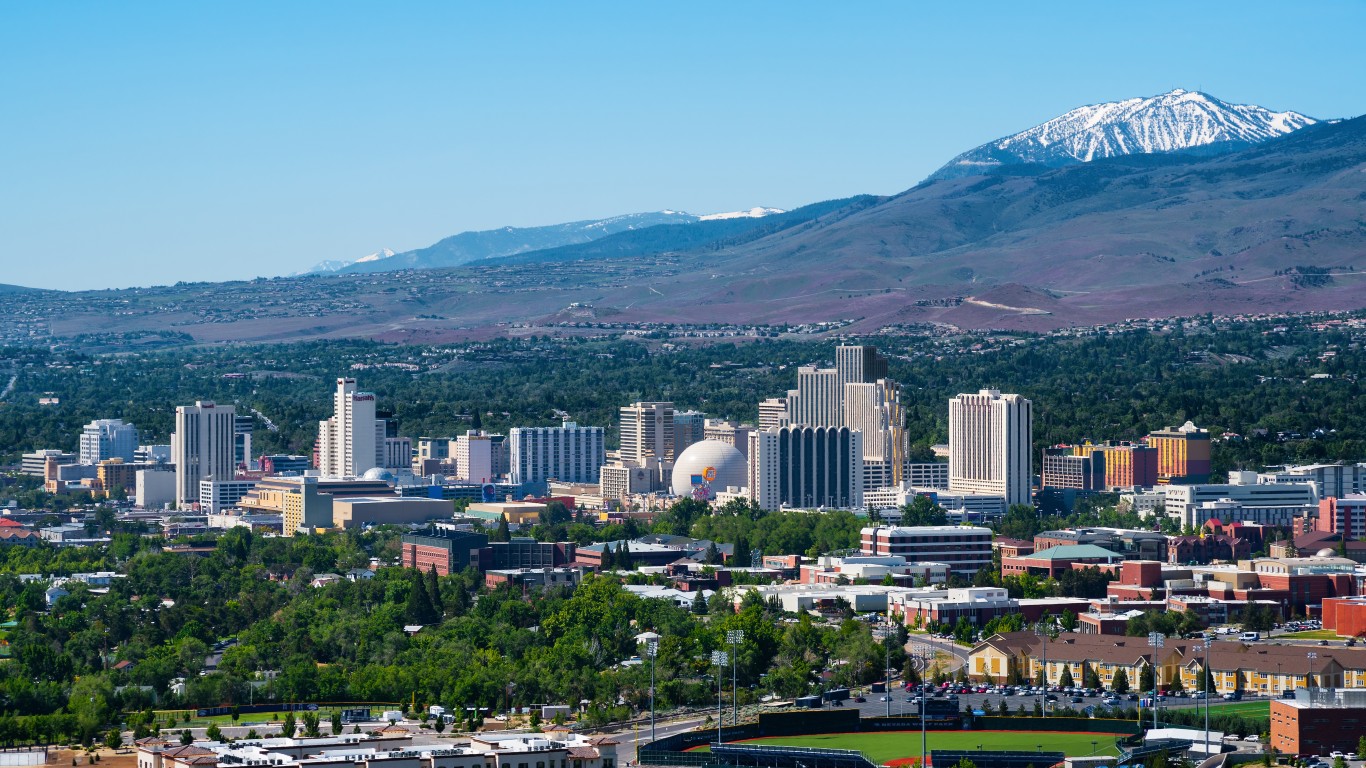 Economic opportunity often drives population changes, and most of the fastest growing cities in each state have relatively high incomes compared to the state as a whole. But this is not the case in Nevada. The Las Vegas-Henderson-Paradise metro area has a median annual household income of $62,107, slightly below Nevada's median of $63,276.

Fatal Drug Overdoses Are on the Rise in Nevada

This Is the Best School in The Las Vegas Area

This Is the Fastest Growing City in Nevada

The City with the Worst Income Inequality in Nevada