Skip to main content
You have permission to edit this article.
Edit
Home
About
States
National
Issues
Election 2022
Podcasts
Donate
1 of 2 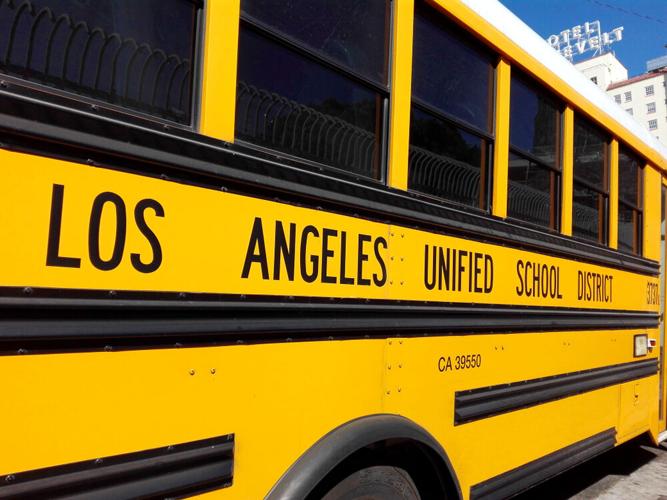 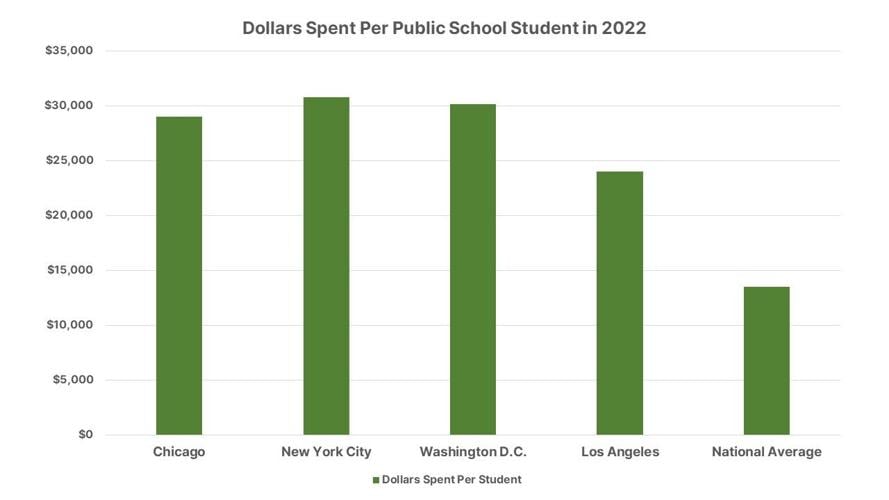 (Chalkboard Review) – More than a year after the COVID-19 lockdowns, several major metropolitan school districts across the country are reporting record-level spending per student while enrollment dwindles. New York City, Chicago, Washington D.C., and Los Angeles have increased per student budget expenses in the last five years while academic outcomes have fallen considerably.

CPS performance has declined as well, according to the 2021 Illinois Report Card. Only 26% of juniors could read or practice math at grade-level. According to a report by Ted Dabrowski and John Klingner from Wirepoints, only 11% of Black students and 17% of Hispanic students were reading on grade level in 2021.

New York City public schools (NYC) is in a similar situation. NYC spent $30,772 per student in 2020, with enrollment declining 9.5% since 2020. According to the New York State Education Department, only 44% of students were proficient in reading in 2019. While the NYC Department of Education maintains that scores rose in 2021, only 21.6% of students were tested at all during the pandemic.

Washington D.C. spent $30,115 per student in 2020, with D.C. Mayor Muriel Bowser announcing an increase in spending by about $200 million in February, estimating an increase of $690 per student. While enrollment has declined in D.C. public schools by 2% since 2021, this is in sharp contrast to the trending increase during the aughts. For D.C. students, only 31% of students were at grade level in reading, and 22% in math.

Los Angeles Unified School District (LAUSD) voted in 2021 to increase their per student spending to over $24,000, a more than $8,000 increase over five years. LAUSD enrollment has declined 8% in the past two years. The district has lost 58% of its students since the 2000s. Only 41.7% of LAUSD students were reading at grade level, while only 28.5% were on grade level in math.

Despite the common increases in per student funding in these districts, reading and math proficiencies remain low, and enrollments continue their declines. Solutions suggested for the decline in enrollment and performance have been varied.

Both the NEA and the AFT, the largest teachers’ unions in the United States, have suggested that additional funding would be a sound remedy.

On the other side of the aisle, school choice advocates have put forward legislation to give parents direct access to the tax-allocated funds to spend how they wish. Recent legislation in Arizona will give families $6,500 per year that a parent may spend on “private school, homeschooling, microschools, tutoring, or any other kinds of educational service that helps meet the needs of their students outside the traditional public school system,” according to Gov. Doug Ducey’s office.

Op-Ed: Decentralization can rein in Big Tech, without Big Government

With Rocket Launch Comes a Payload of Red Ink