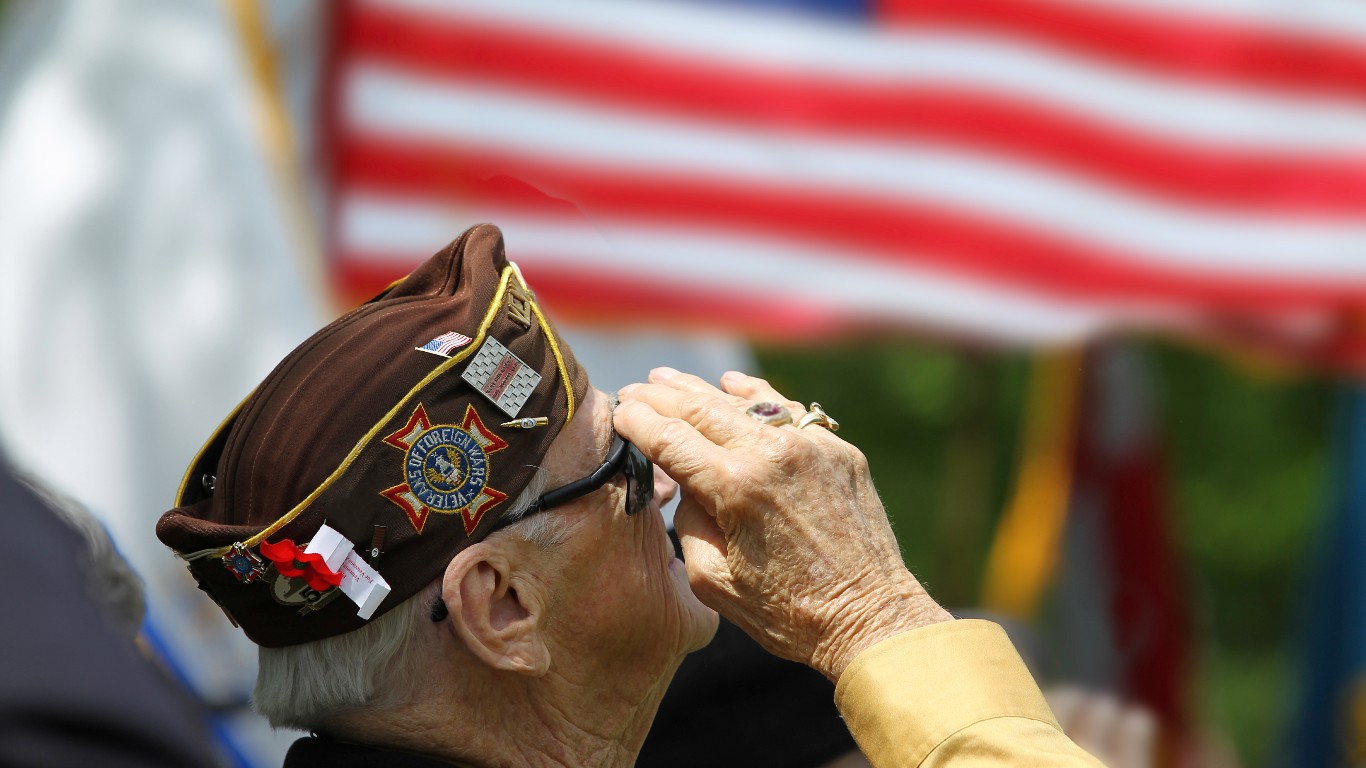 Of the communities in Montana with populations of at least 25,000, Great Falls has the highest share of military veterans. There are about 45,100 civilians 18 and older residing in Great Falls, and 14.6% of them have a history of military service, compared to 10.3% of all civilian adults across the state as a whole. Nationwide, 7.1% of civilian adults are veterans.

It is important to note that while many veterans chose to enlist out of a sense of patriotic duty, many living veterans did not choose to serve and were drafted into service during the Vietnam War. In Great Falls, 22.3% of all veterans served only during the Vietnam Era.

What the US Military Spends in Montana

How Much Rising Mortgage Rates Could Cost Homebuyers in Montana

This Is the City with the Most Veterans in Montana