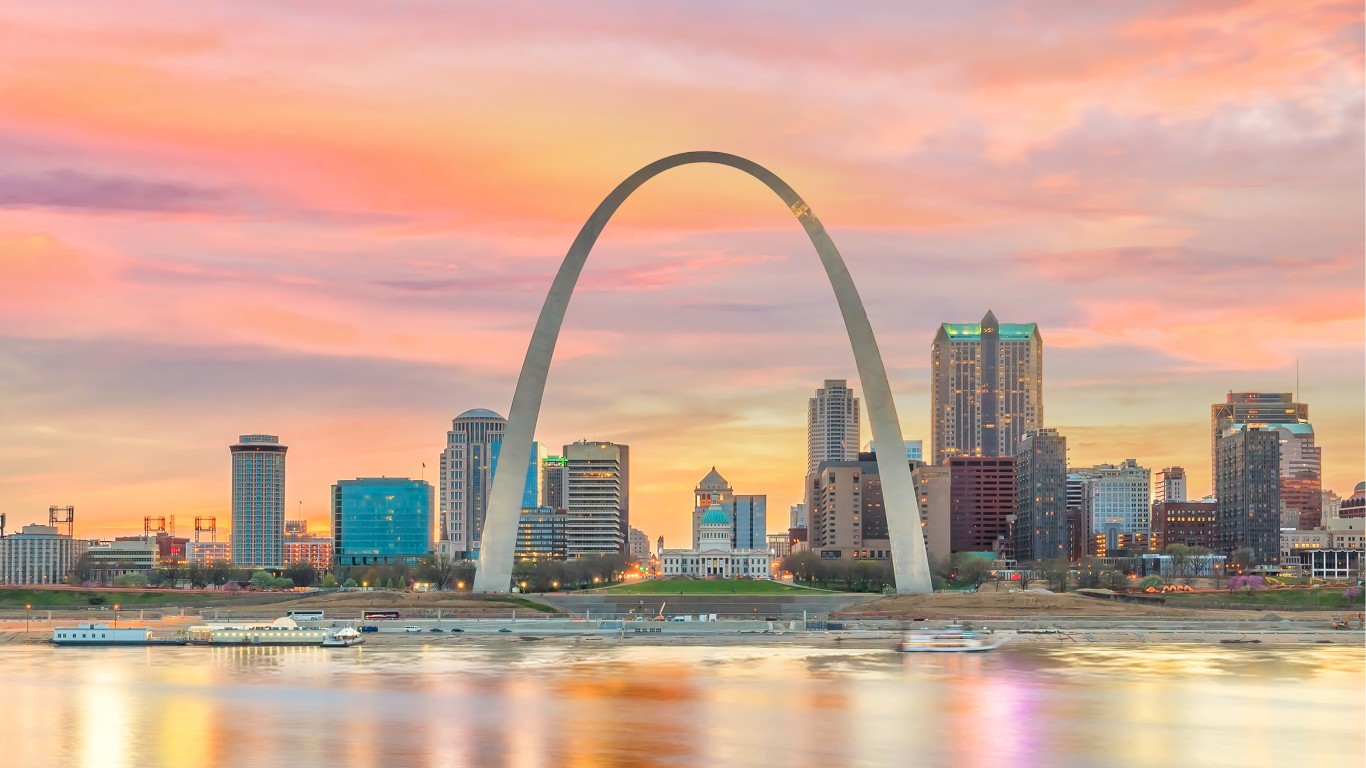 Some of the least expensive -- and most affordable -- real estate being sold in the United States is in St. Louis' 63136 ZIP code, which covers a section of the northernmost part of the city. The median home sale price in the area was just $37,000 in the last year, only slightly higher than the local median household income of $32,223. For context, the median home sale price nationwide is 4.2 times higher than the national median household income of $62,843.

The area's home prices are among the lowest in the country likely due in part to reduced demand, precipitated by population decline. Over the last five years, the number of people living in the area contracted by 6.0%.

This is the Best City to Live in Missouri

This Is Where Missouri Childhood Obesity Ranks in the US