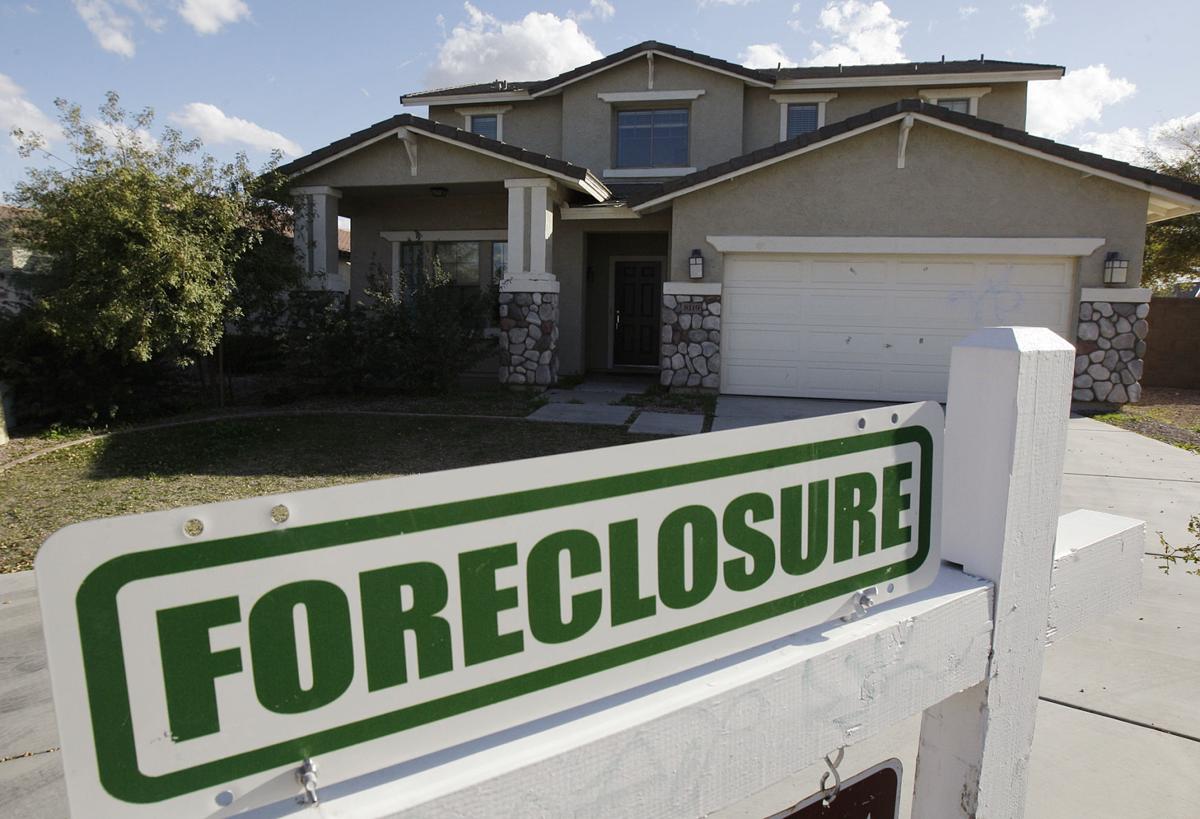 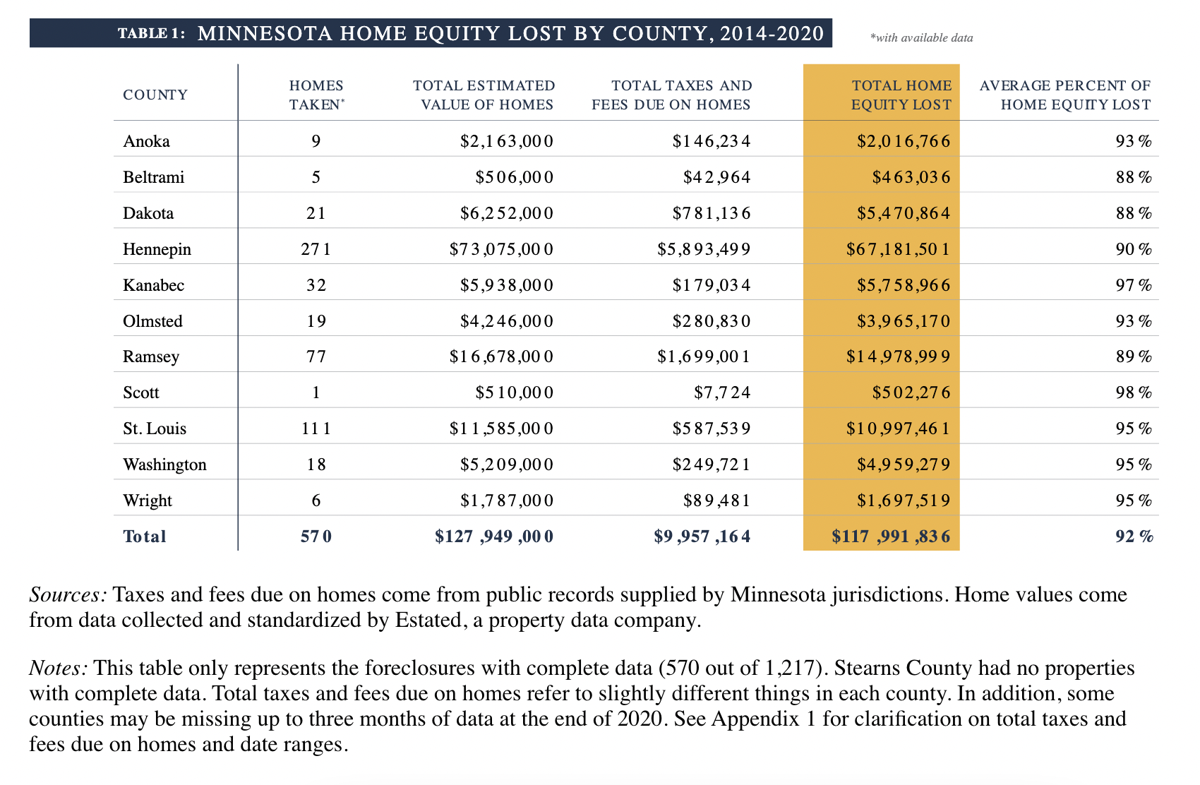 A screenshot of a graph in the Pacific Legal Foundation report 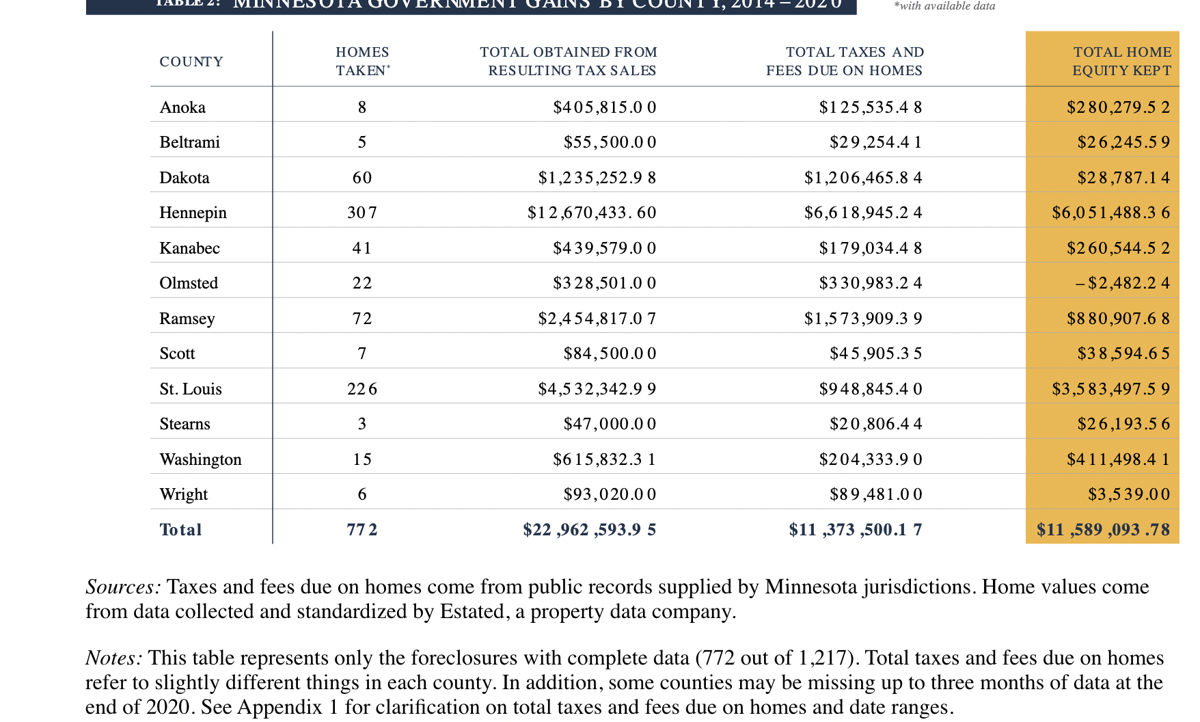 (The Center Square) – A 92-year-old Minnesotan is fighting against what critics call “home equity theft” after Hennepin County seized and sold her former Minneapolis condo for $40,000 to settle a $15,000 tax debt.

Geraldine Tyler isn’t alone in being caught off guard by ballooning fees. She moved out of the condo in 2010 because of rising crime but couldn’t pay both her condo’s property taxes and rent for her new apartment. Her initial $2,300 debt ballooned to $15,000, counting penalties, interest and fees.

Now, she’s suing in the 8th Circuit Court of Appeals for the $25,000 of lost equity, backing her story with statewide data on tax foreclosures.

From 2014 through 2020, governments seized and sold at least 1,200 Minnesota homes in 12 counties, with lost savings amounting to an average of $207,000 per home, or 92% of the home’s value, according to a report from the nonprofit Pacific Legal Foundation (PLF) that’s defending Tyler.

In other words, on average, Minnesota homeowners owe tax debt equal to 8% of their home’s value when the government seizes the entire house. That means a $207,000 house could be seized for a roughly $17,000 tax debt.

Hennepin County seized the most homes, 271, of all Minnesota counties from 2014-2020. Collectively, county houses valued at over $73 million were seized for total debt less than $6 million, meaning Hennepin County residents lost home equity above $67 million.

The government sells forfeited properties to recoup debt costs so they won’t fall on county taxpayers. But PLF argues the government should only recover debt owed, and shouldn’t seize excess home equity.

“Home equity is property, and it’s protected by the U.S. and Minnesota Constitutions,” PLF Attorney David Deerson said in a statement. “Although the government can take property to settle tax debts, it can’t take more than it is owed. Doing so amounts to unconstitutional home equity theft.”

Carolyn Marinan, a spokeswoman for Hennepin County, said the county only forfeits properties for which taxes aren’t paid for a long time.

“Minnesota law gives owners many opportunities to protect their interest in the property,” Marinan told The Center Square in an email. “The county administers the process exactly as required by Minnesota law, and a federal court found Minnesota’s laws to be constitutional. The Tyler suit – challenging the constitutionality of Minnesota law – is presently on appeal to the Eighth Circuit Court of Appeals.”

Fatal Drug Overdoses Are on the Rise in Minnesota

This Is the Best School in The Minneapolis-St. Paul Area

This Is the Fastest Growing City in Minnesota

The City with the Worst Income Inequality in Minnesota