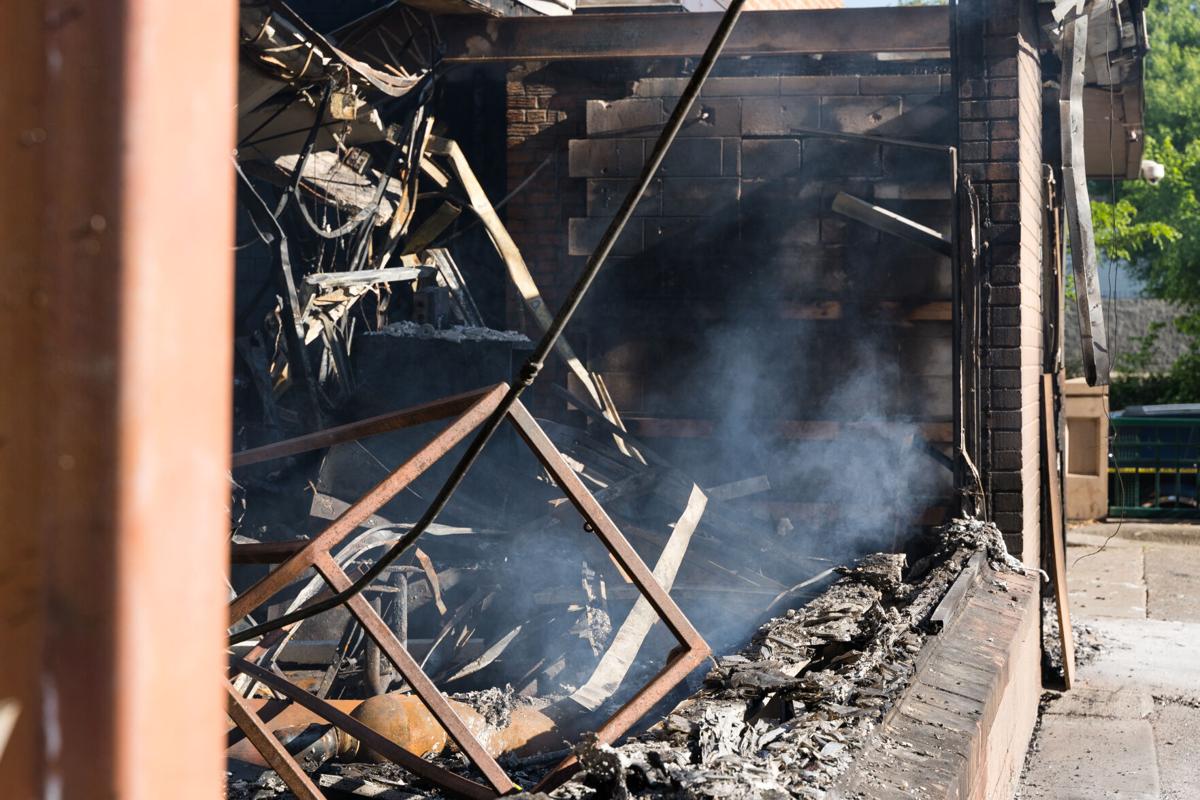 A burned down building in Minneapolis following a night of rioting in response to the death of George Floyd. 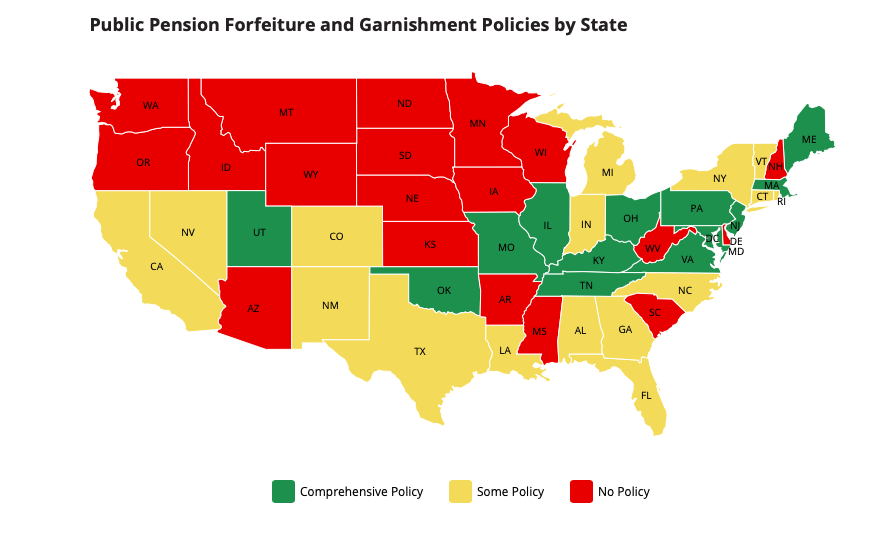 A map of states with pension forfeiture or garnishment laws.

(The Center Square) – Former Minneapolis police officer Derek Chauvin stands accused of causing the death of George Floyd, sparking riots that cost the Twin Cities up to $500 million worth of property damage. But even if he's ultimately convicted, taxpayers may still pay part of his pension.

Minnesota is one of 19 states that don’t have pension forfeiture or garnishment laws, according to research from the libertarian Reason Foundation.

According to a study by the Vera Institute of Justice, Minnesota taxpayers spend more than $41,000 per inmate every year in state prison.

Chauvin could be sentenced to up to 40 years in prison if he is convicted of charges including second-degree murder. If he was to serve the entirety of such a sentence, that would lead to a total taxpayer cost of $1.6 million in 2020 dollars.

About 30 other states have a form of pension forfeiture or garnishment, but of those, only half will revoke public employee pension benefits for a felony conviction related to their work.

The other 15 states will only revoke pension benefits for “financial crimes,” the Reason research says, and similar laws in other states don’t apply to police officers.

A CNN analysis pegs 44-year-old Chauvin’s pension payout at about $50,000 per year if activated at age 55, or a total of near $1.5 million over 30 years, not including any cost of living increases.

Minneapolis paid more than $25 million for 274 police misconduct cases between 2003 and April 2019, Minnesota Public Radio reported, not including a $20 million 2019 payout for the police killing of Justine Ruszczyk.

“Neither our Board nor our staff have the discretion to decrease, revoke, or deny benefits,” a PERA spokesperson told The Center Square. “Anyone seeking a change that would result in different benefits than described above would need to do so through the legislative process.”

Ryan Frost, a Reason policy analyst, wrote that enacting such laws and allowing courts to modify benefits could deter illicit behavior and prevent taxpayer money funding employees who already have failed in their public duty.

“While these policies will neither help nor hurt the overall solvency of large public pension systems, they can add transparency, accountability, and be used as a deterrent from any misconduct by public employees,” Frost wrote.

The Minneapolis Police Federation, the union representing most city officers, didn’t respond to a comment request.

About 22 states have laws allowing police officer’s pensions to be forfeited after any conviction related to their public career, according to research published in the Journal of Law, Economics and Policy.

Nine states have laws that can strip police pensions’ for specific crimes, including corruption and sexual crimes against minors but not a conviction for excessive force.