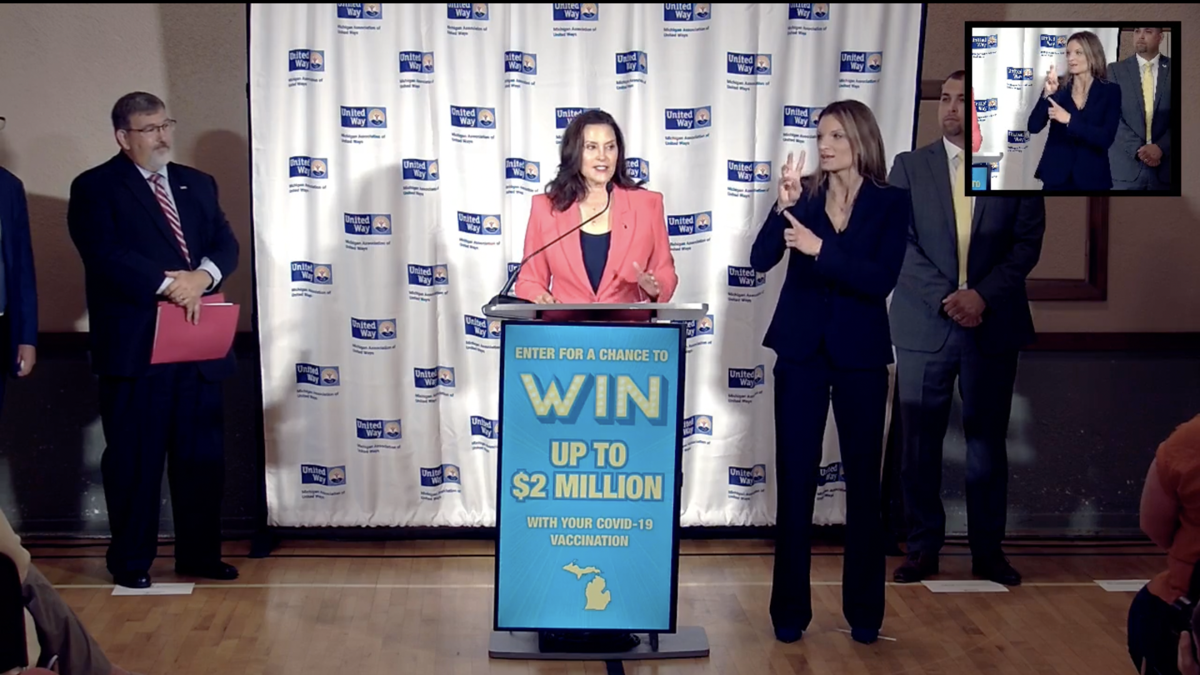 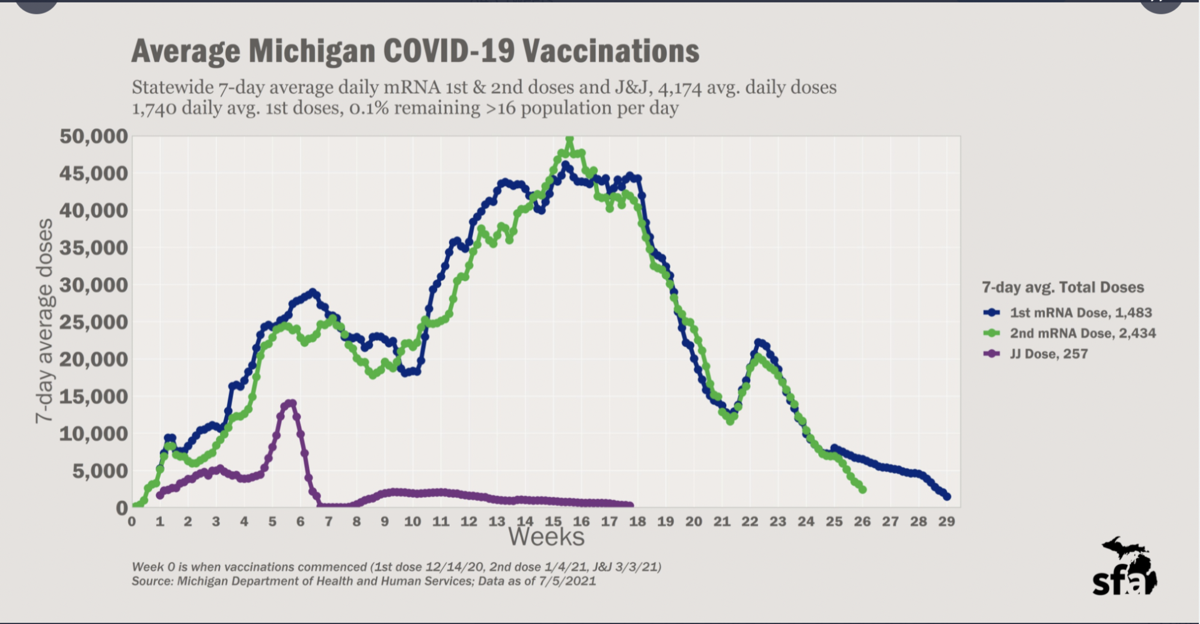 In the meantime, the Michigan Senate Fiscal Agency estimates Michigan won't reach the 70% benchmark for another year.

While Michigan boasts more than a million people having entered the sweepstakes, most of them received vaccinations pre-sweepstakes.

Despite media and politicians declaring the vaccine lottery a win, a study published in the Journal of American Medical Association network says differently.

“The Vax-a-Million promotion was a resounding success for Ohio, with major increases in vaccinations in the first two weeks of the promotion,” Ohio Gov. Mike DeWine said in a statement on June 23rd after the final prizes were drawn.

He’s partly right. While Ohio saw an initial boost in vaccines right after the lottery announcement, so did states without lottery systems, likely because vaccine eligibility then expanded to 12-15-year olds.

“Prior evaluations of the Ohio vaccine incentive lottery did not account for other changes in Covid-19 vaccination rates in the United States, such as those that may have been due to expansion of vaccination to ages 12-15," Allan J. Walkey, MD, senior author of the study and Professor of medicine and physician at BUSM, said in a statement.

"We are tapping into our competitive spirit as Michiganders," Whitmer said. "I know some of you must be thinking, 'Didn't Ohio do this first?' Well, yes, they did. But in typical Michigan fashion, we wanted to do it bigger and better than they can do it in Ohio, and that's what we are ... here to announce. So the MI Shot to Win Sweepstakes will save and change lives."

Whitmer’s office hasn't respond to a request for comment. It’s yet to be known if Michigan blew $5 million on a bad bet.

“Our results suggest that state-based lotteries are of limited value in increasing vaccine uptake. Therefore, the resources devoted to vaccine lotteries may be more successfully invested in programs that target underlying reasons for vaccine hesitancy and low vaccine uptake,” Walkey said.

How Health Insurance Coverage in Michigan Compares to Other States

This Is the Least Educated Metro Area in Michigan