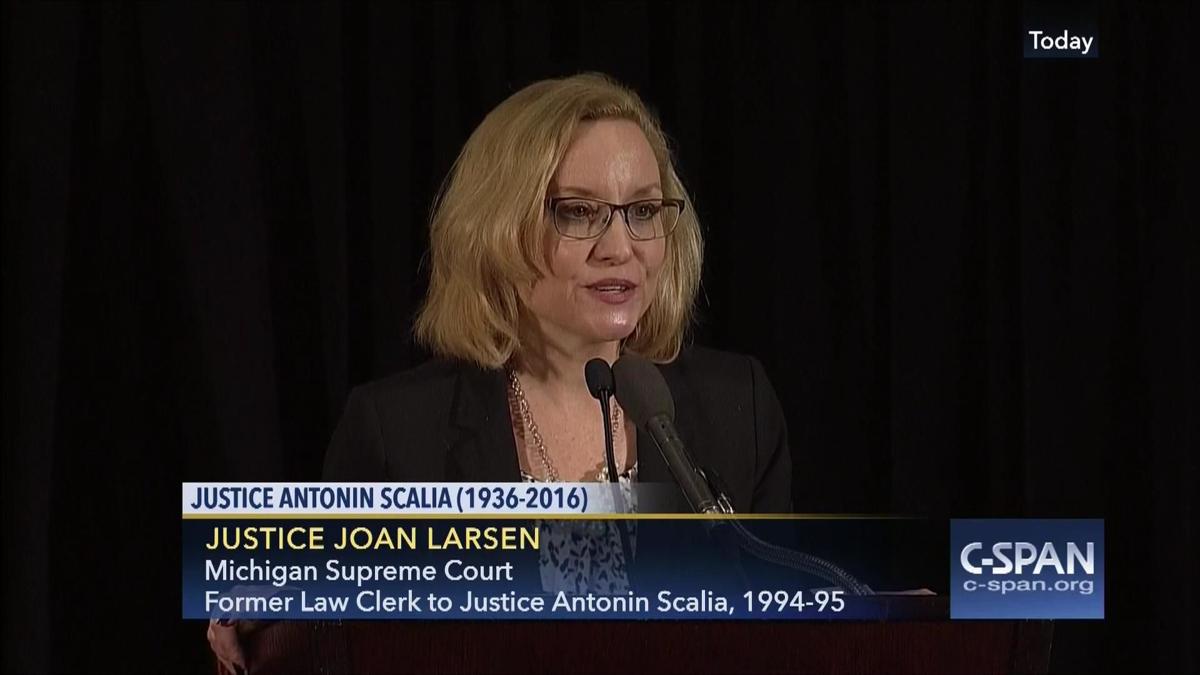 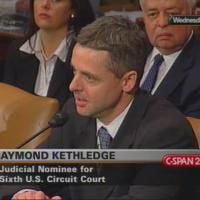 Raymond Kethledge speaks at his judicial nomination hearing for the 6th U.S. Circuit Court of Appeals.

Young, however, told Watchdog News via email that he will not be contending for the position.

Although Kennedy was appointed by Republican President Ronald Reagan, he has parted with some conservatives on key issues. He was the swing vote that upheld Roe V. Wade in 1992, has actively supported gay marriage, actively criticized the death penalty and has a mixed record on affirmative action. Depending on who the president nominates, he has the ability to reshape the Supreme Court on these issues and give the edge to conservatives if he chooses.

The other eight justices on the Supreme Court are split ideologically, 4-4.

Supreme Court justice nominations must be confirmed by a majority in the U.S. Senate, and a tie would be broken by Vice President Mike Pence. Although Republicans hold the Senate majority now, Trump has sometimes had trouble courting key votes from GOP moderates. With midterms approaching, it’s uncertain who will hold the Senate come January, which gives the president a short window in which he is guaranteed to have a Republican majority.

Here is a profile on the two potential nominees and how they’ve ruled in some of these key issues:

Larsen graduated first in her class from Northwestern University School of Law. She served on the Michigan Supreme Court before being appointed to the 6th U.S. Circuit Court of Appeals. Prior to that, Larsen clerked for former U.S. Supreme Court Justice Antonin Scalia, who was known for his staunch support for originalism in interpreting the Constitution. Scalia sided with conservatives on issues such as abortion, gay marriage, the death penalty and affirmative action; issues in which Kennedy sometimes broke away.

Regarding gay rights, Larsen was criticized by 27 LGBT groups over concerns that included her support for the Defense of Marriage Act and opposition to the Supreme Court’s decision to strike down Texas’s anti-sodomy law. However, when asked about gay rights in a Senate hearing for her appointment to the appeals court, she said, “I wouldn’t want a litigant in any court, including my current court, to think I wouldn't follow the precedents of the U.S. Supreme Court, because I absolutely will.”

Regarding the death penalty, Kethledge voted in favor of Ohio’s use of a controversial lethal injection drug. He said “some risk of pain is inherent in any method of execution – no matter how humane,” and that “the Constitution does not guarantee a pain-free execution.”

On the issue of affirmative action, Kethledge recused himself from a case regarding an anti-affirmative action law that would have ended racial preferences in university admissions because of his ties to the University of Michigan. However, in 2014, Kethledge wrote an opinion in an Equal Employment Opportunity Commission case that would have limited a private employer’s ability to perform credit card background checks in the application process because the EEOC alleged racial discrimination. Kethledge, however, rejected the argument, calling the credit check racially blind because “the vendor does not report the applicant’s race with her other information.”

This story has been edited since initial publication to correctly identify the law school which Raymond Kethledge attended.

Tyler Arnold reports on Virginia and West Virginia for The Center Square. He previously worked for the Cause of Action Institute and has been published in Business Insider, USA TODAY College, National Review Online and the Washington Free Beacon.

How Consumer Debt in Michigan Changed During the Pandemic

Lake County Has the Highest Smoking Rate in Michigan

Fatal Drug Overdoses Are on the Rise in Michigan

Flint, MI Reported One of the Highest Murder Rates in the US