The city of East Lansing is taking steps to reduce an underfunded pension debt of nearly $90 million, according to a fiscal year 2019 Budget and Programs of Service report.

Cities in Michigan are limited in revenue sources to property taxes, which are limited by Proposal A, and revenue sharing subjected to the state’s budget.

Enacted on Jan. 1, 2019, 60 percent of the income tax was designated for supplemental pension payments, with the remaining money split evenly between police and fire protection and infrastructure.

Feldpausch said the city has made significant past supplemental pension payments. 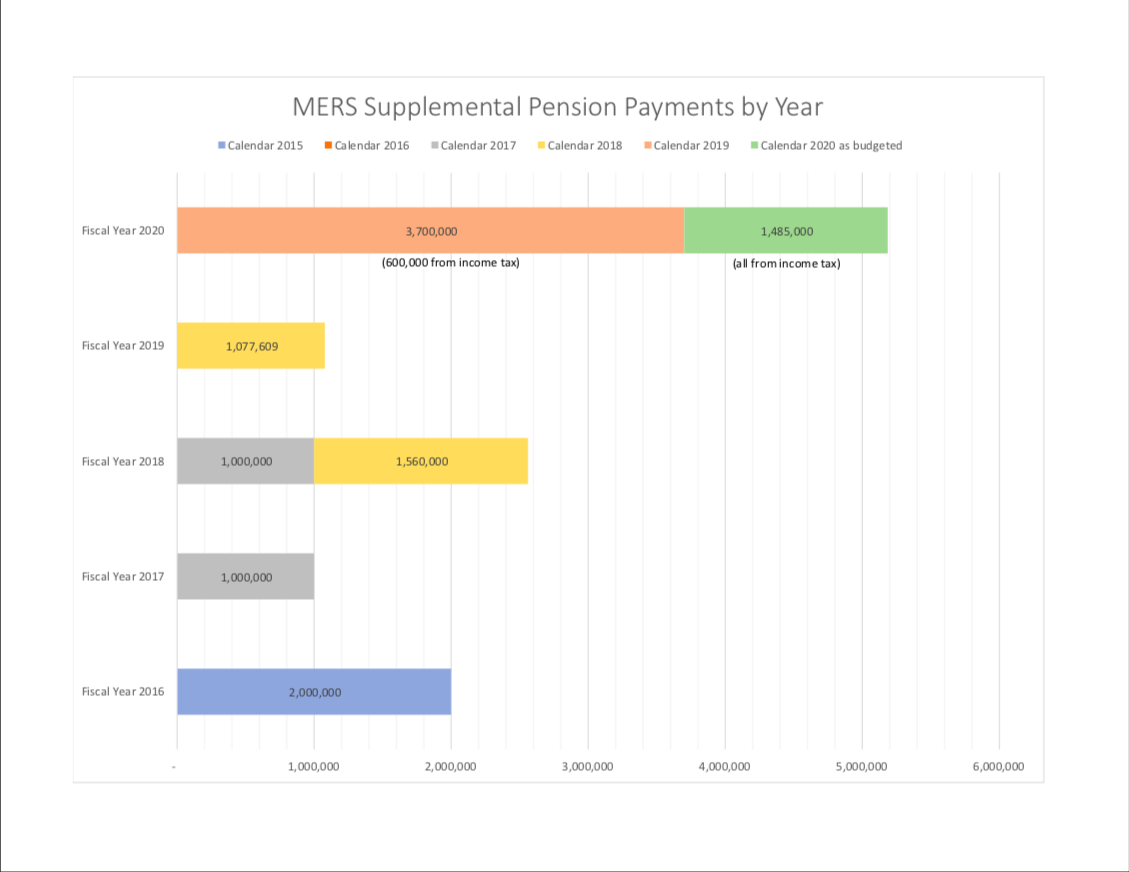 East Lansing has collected nearly $10 million to date from withholding and estimated payments of the income tax in 2019, excluding the month of December, Feldpausch said.

Feldpausch said that people have until April 30 to file tax returns, when some of the approximate $10 million collected will be refunded.

Since 2019 is the first year implementing the income tax, Feldpausch said they don’t have precise numbers because they are still processing returns and won’t have exact information until the end of May or early June.

East Lansing is assuming about a 15 percent rate of refund, but Feldpausch warned that it’s the first year of the program, so some people underpay, while others overpay.

Feldpausch said East Lansing budgeted for a post-tax return of $9 million, while a 2016 Plante Moran study estimated just over $10 million.

In fiscal year 2020, East Lansing has contributed $3.7 million in pension payments, $600,000 funded by the income tax, and the rest from the general fund.

“We’re making a very concerted effort in trying to bring that unfunded pension liability down,” Feldpausch said. “It’s definitely a goal of the city council, the city manager, as well as the finance team.”

“The projections of our required pension contributions are staggering. City-wide the FY18 required contribution is approximately $7 million and will continue to rise without significant supplemental contributions, reaching almost $18 million in FY40,” the report stated.

“The city should have never gotten into pension trouble, and it’s a bad thing that they had to raise taxes on everyone in order to pay for a problem that shouldn’t have happened,” Hohman said.

Michigan job growth this year projected at 0.2%, lowest in U.S.