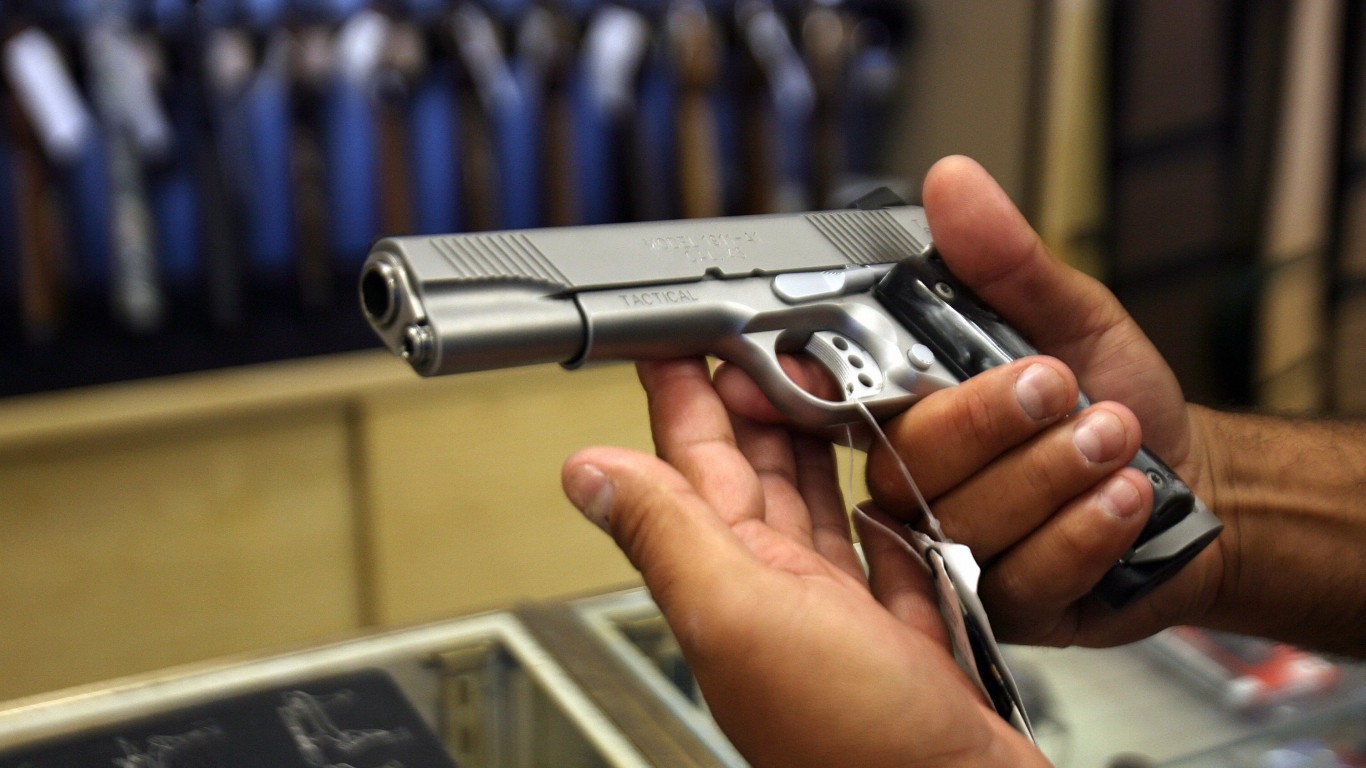 The largest share of guns reported to the ATF in the state - 2,653 in total - were chambered for 9mm ammunition. The second most common firearm type was .22 caliber, with 1,031 traced by the ATF.

How the Foreclosure Rate in Maryland Compares to the Nation

Yearly Gun Deaths Are Up in Maryland

This Is How Many Gun Stores There Are in Maryland

How Many Guns Are Traced to Crimes in Maryland