(The Center Square) – Maine is facing a legal challenge from a conservative group over Gov. Janet Mills' new mandate that health care workers be vaccinated against COVID-19.

The lawsuit, filed by the Florida-based Liberty Council on behalf of more than 2,000 Maine health care workers, alleges that the state Center for Disease Control is violating federal law by requiring vaccinations for health care workers without allowing a religious exemption for those who object.

"Maine is required to abide by federal law and provide protections to employees who have sincerely held religious objections to the COVID-19 vaccines," the plaintiffs wrote in the 59-page complaint. 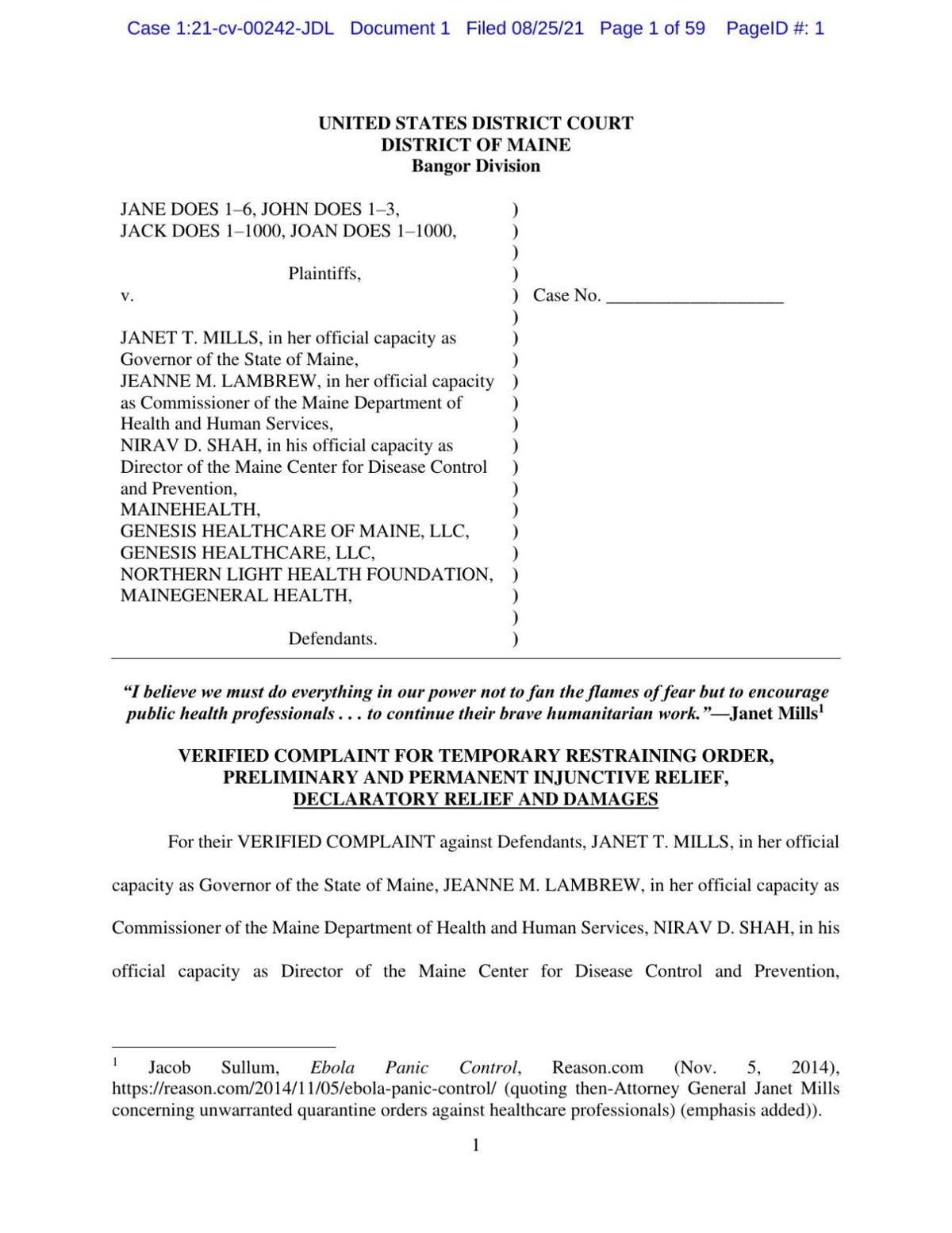 The lawsuit mentions several unidentified medical workers who have religious objections to the vaccines but have either been fired or told they can't be employed by state-funded health care groups because they refuse to get vaccinated.

"For many years the state has required health care workers to be vaccinated against various communicable diseases and, to our knowledge, that requirement has never been challenged," Frey said in the statement. "It is a simple and commonsense thing you can do to protect not only yourself, but also your loved ones, co-workers, and the community."

Under Mills' executive order, health care workers in the state have until Oct. 1 to be fully vaccinated against the virus.

Only medical exemptions will be allowed, not religious or philosophical.

Mills said the new rules are needed to prevent further outbreaks as the state battles a resurgence of the virus that has contributed to a rise in new infections and hospitalizations.

Both of Maine's two largest hospital systems, MaineHealth and Northern Light Health, recently announced that they will require health care workers to get the vaccine.

The U.S. Department of Health and Human Services is requiring COVID-19 vaccines for all health care employees who work for the federal government.

But the Liberty Counsel argues that religious objections to the vaccines must be allowed under the Civil Rights Act of 1964 and the First Amendment.

The court has agreed to expedite Liberty Counsel's request for a preliminary injunction, according to the group. Arguments in the lawsuit will be held in September.

How Maine’s Pension Shortfall Compares to Other States

This Is the Largest Industry in Maine

This Is the City Hit Hardest by Extreme Poverty in Maine

How Health Insurance Coverage in Maine Compares to Other States