A federal judge has ruled in favor of cable companies seeking to block a new Maine law that sought to allow customers to select channels à la carte, instead of in packaged bundles. 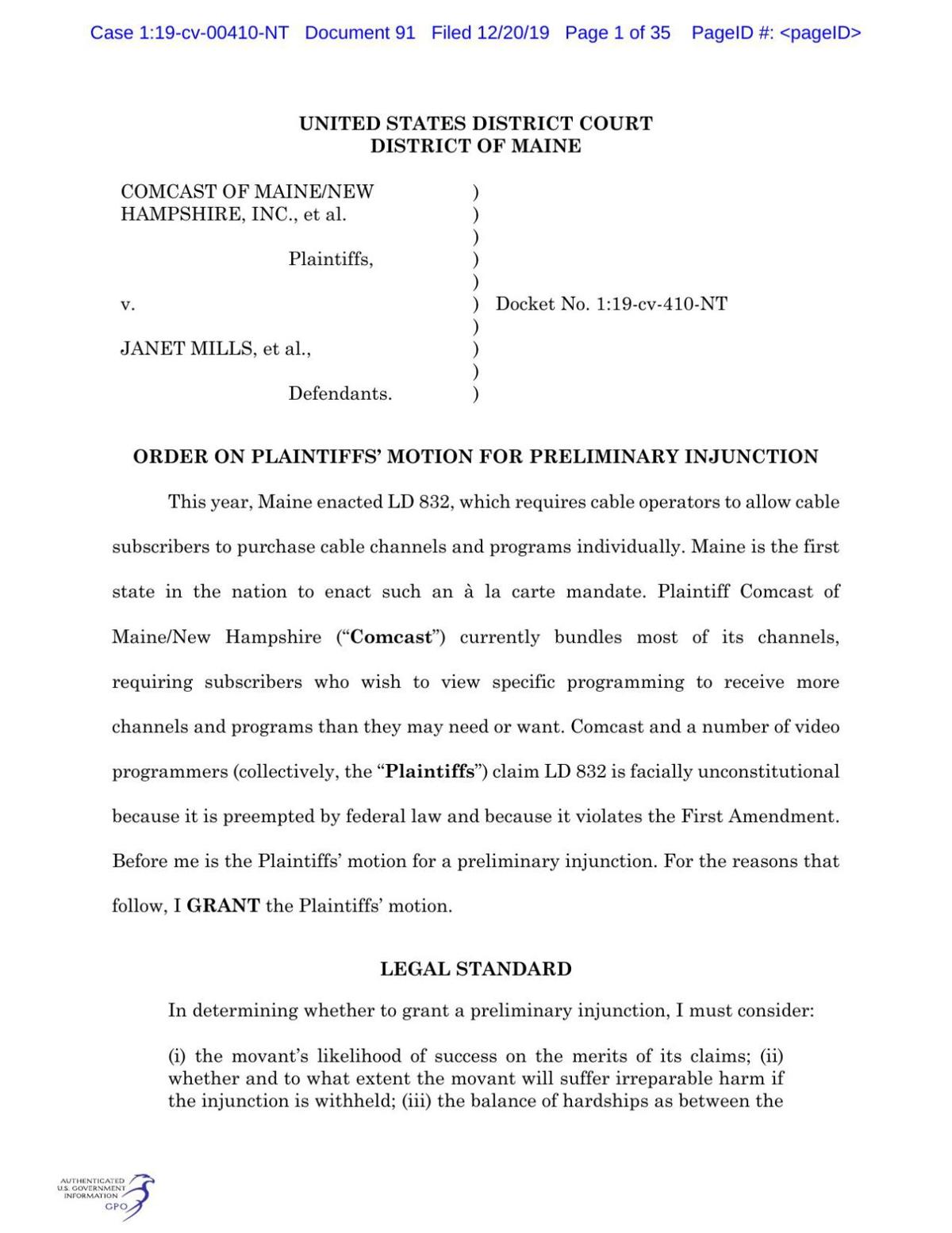 The Maine Legislature passed the law, the first of its kind in the nation, in 2019. Cable provider Comcast and nine cable broadcasters, including NBC/Universal, Fox Cable and Disney, summarily sued to block it.

The bill’s sponsor, state Rep. Jeffrey Evangelos, I-Friendship, told the Portland Press Herald that he put forth the measure after hearing from senior citizens who no longer could afford cable service. Allowing them to select which channels to subscribe to could provide cost savings.

“The cable companies are hemorrhaging customers. You’d think they’d embrace this bill as a savior for their industry,” Evangelos said. “The truth is they are already offering à-la-carte, pay per view, and streaming services when it suits them. Now it’s time they offered programming that suits their customers, who are demanding reforms and action.”

Torreson acknowledged in her ruling that rates for cable TV services have significantly outpaced inflation, but she said there was insufficient evidence to show that LD 832 would remedy the problem and that the plaintiffs would likely succeed on their First Amendment claim.

“The balance of hardships and public interest also weigh in favor of the Plaintiffs,” Torreson wrote. “The affidavit of Comcast Chief Information Officer Rick Rioboli suggest[s] that it will take significant resources for Comcast to implement an à la carte ordering system and that implementation costs will be passed on to consumers.”

“Because the State has not established that LD 832 is likely to improve access to cable services or lower costs, I cannot conclude that granting the preliminary injunction will create a countervailing hardship on the State,” Torreson concluded. "The public interest is served by protecting First Amendment rights from likely unconstitutional infringement."