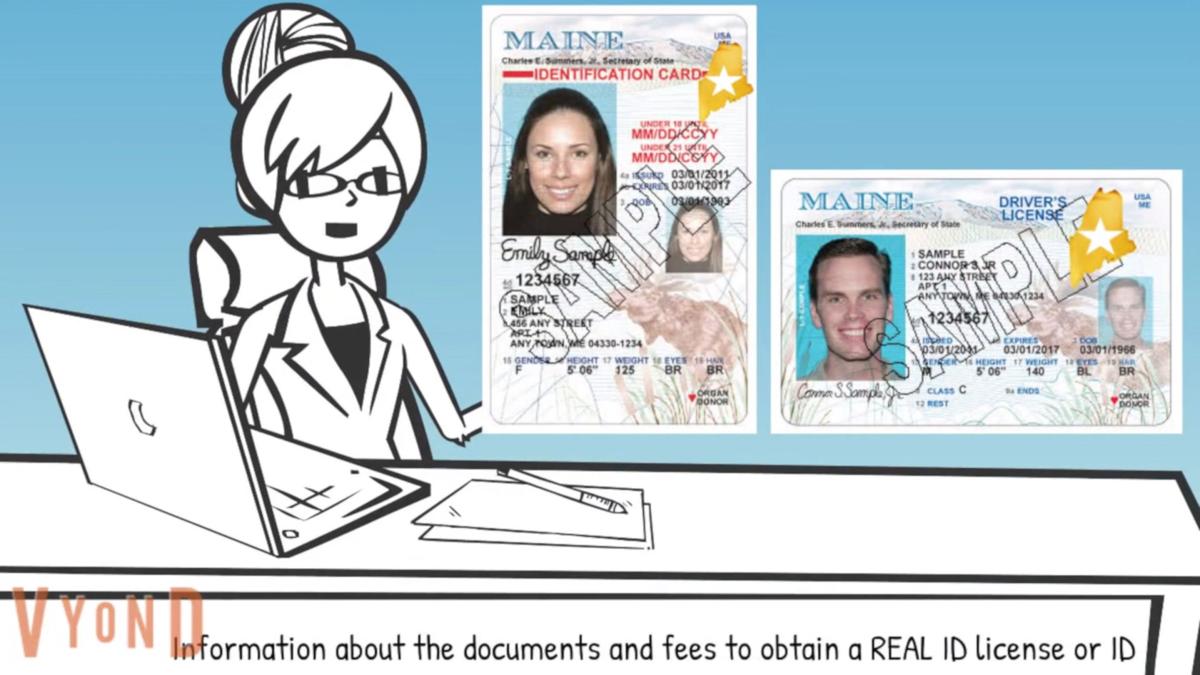 A screengrab from an educational video on the Maine Secretary of State's website shows the state outline that signifies federal Real ID-compliance. 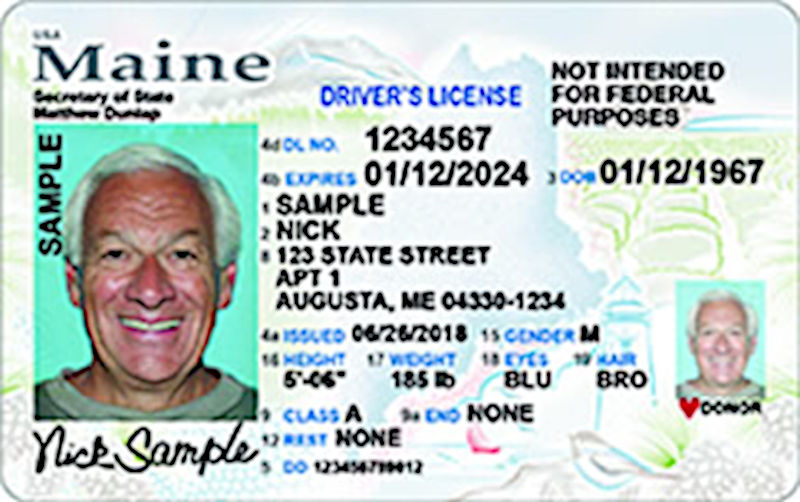 Maine licenses that are not Real ID-compliant will now have wording that states "Not intended for federal purposes."

The Maine Secretary of State’s office has announced that the Maine Bureau of Motor Vehicles will implement a change in wording on driver’s licenses and State identification cards that do not comply with the federal Real ID Act.

“Many Mainers are still choosing to renew their standard license or ID cards," Secretary of State Matthew Dunlap said in a news release. "As required by federal law, those cards have been marked as non-compliant, with the phrase ‘Not for Real ID purposes.’ This phrase has caused confusion for some retailers who refused to accept these credentials for everyday transactions.”

Credentials with the “Not for Real ID purposes” language are still valid, however the BMV last week updated the wording to: “Not intended for federal purposes.”

“The federal government is requiring States to use language on these IDs that can be confusing for those who are not familiar with the Real ID law. We believe this change to the disclaimer on non-compliant Maine licenses and IDs will help eliminate some of the confusion for retail cashiers, pharmacists, bank tellers and others who must review customers’ identification before completing a transaction,” Dunlap said. “We are hopeful that updating the language will make it clearer that these credentials, while not compliant with the Real ID Act, are still valid for all State identification purposes.”

Starting Oct. 1, 2020, “the federal government will require Real ID-compliant identification for domestic air travel or access to secure federal facilities. However, this will not affect the validity of the non-compliant ID for all other purposes,” the release states.

Anyone who has received a license or ID with the original phrase (“Not for Real ID purposes”) is able to use it for in-state purposes. The BMV can also provide an informational wallet card, explaining the ID’s validity, which can be shown to cashiers.

More information on Real ID compliance is available at www.maine.gov/realid.

Maine's total tax on lodging of 9% is 8th highest in U.S.