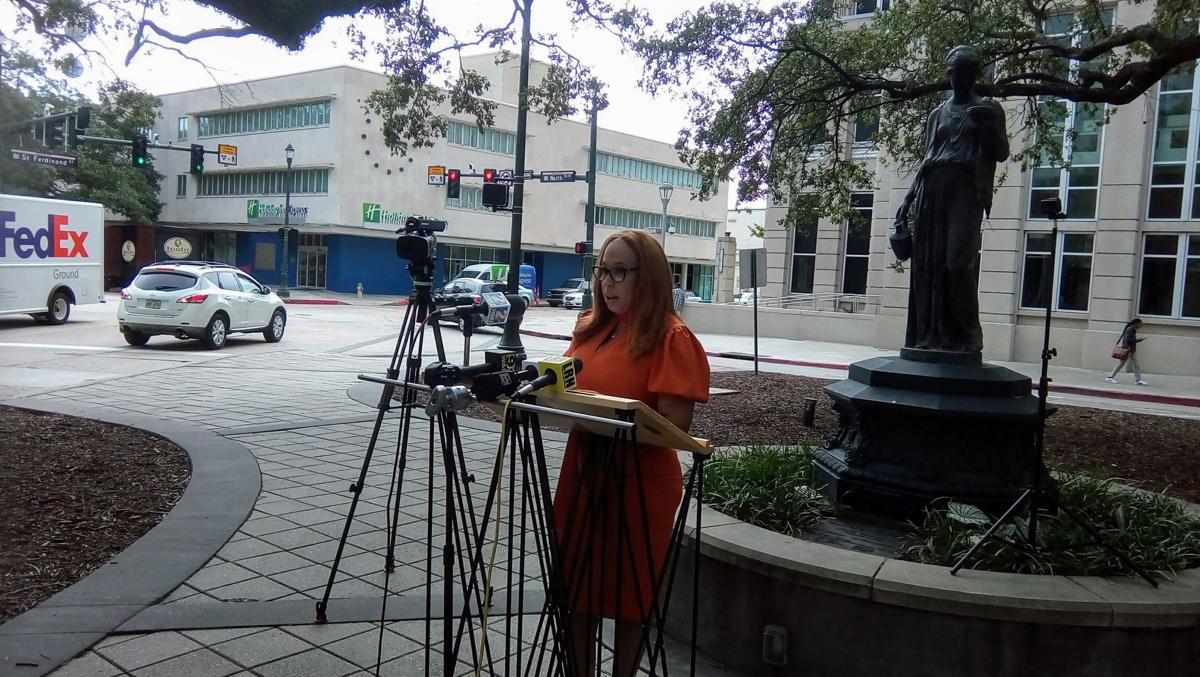 Juanita Washington, who says she was sexually harassed by one of Gov. John Bel Edwards' top aides, speaks at a press conference on Oct. 8, 2019. 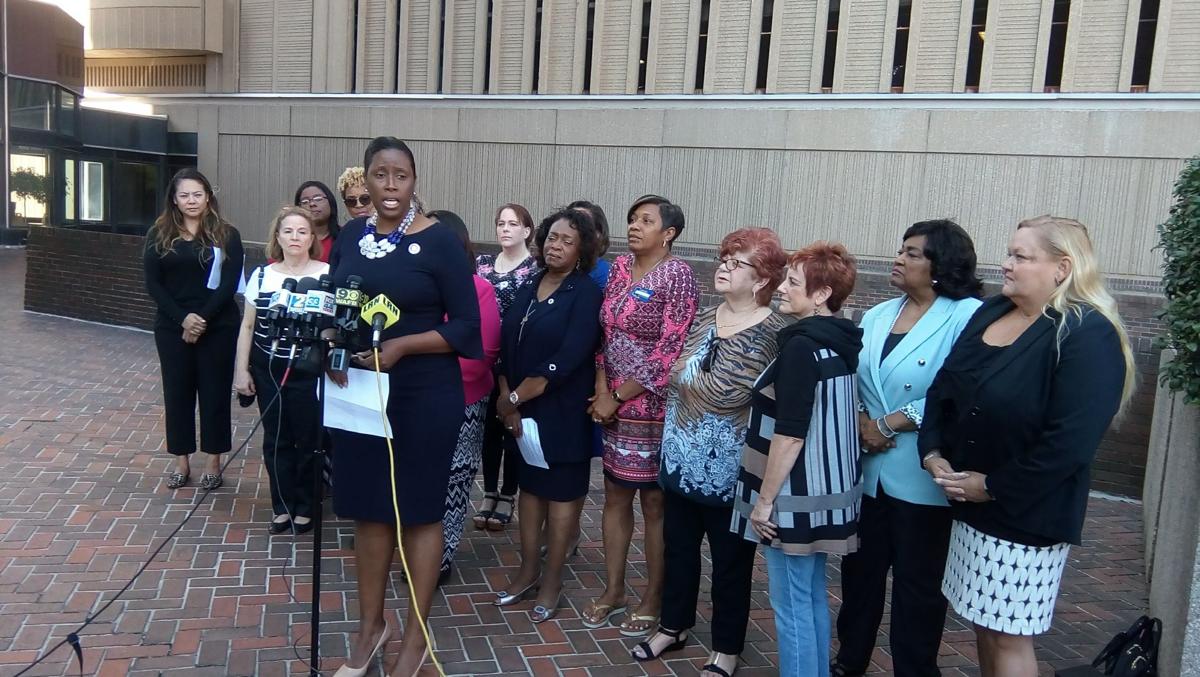 Rep. Katrina Jackson speaks at a press conference held to respond to allegations against Gov. John Bel Edwards on Oct. 8, 2019. Edwards supporters, including other elected officials, stand behind her.

A former employee of Gov. John Bel Edwards on Tuesday demanded an apology from the governor for allowing another of his former staffers to sexually harass her and not allowing her to keep her job.

Juanita Washington, who left the administration in 2017, spoke as part of a news conference hosted by Truth in Politics. The group, which is working to defeat Edwards, has sued the administration for failing to produce public records related to former deputy chief of staff Johnny Anderson’s tenure.

Washington said Edwards knew Anderson had been accused of harassment and hired him anyway.

“I resigned because Johnny Anderson threatened me,” she said.

She said she changed her mind because her family needed state health insurance and asked to keep her job.

Tina Vanichchagorn, Edwards’ deputy executive counsel, said after Washington’s accusations against Anderson came to light that Washington was given the opportunity to withdraw her resignation and continue to work in the administration but declined.

Louisiana voters go to the polls Saturday. Despite the timing of the press conference, and the fact that Washington has starred in two anti-Edwards campaign ads, including one funded by Truth in Politics, participants said the purpose of their lawsuit and the accompanying press event was not political.

“This is about changing the political culture in Louisiana,” state Sen. Sharon Hewitt, a Slidell Republican, said.

Truth in Politics spokeswoman Emily Turner said the administration is “stonewalling” in refusing to turn over public records the organization has been requesting since Aug. 8. TIP is requesting 15 categories of documents, including emails, text messages, four years of itemized expenditures made by the Governor’s Mansion and outtakes from videos filmed in the governor’s office.

Vanichchargorn said the administration had not been served with the lawsuit yet. She said TIP has submitted 49 public records requests since August.

“What we have to look at is the sheer volume of requests that we’ve received from political operatives over the last several months,” she said.

Supporters of Edwards held their own press conference Tuesday afternoon, saying the governor does not tolerate sexual harassment and supports women’s issues generally. Asked if Edwards knew about any prior allegations before hiring Anderson, Vanichchargorn could only say that Anderson came highly recommended.

Anderson was accused of sexually harassing six women at Southern University in 2006, when he served as assistant chief of staff to then-Gov. Kathleen Blanco and was chairman of Southern's Board of Supervisors, according to published reports. Anderson denied the allegations.

“I’m disheartened that they would take a victim, and his opponents would exploit her for a political campaign,” Jackson said. “What it does, for the state of Louisiana, is tell women not to come forward.”

Hewitt said Edwards does not deserve credit for the recent establishment of a state government sexual harassment policy, saying it was a legislative initiative. Rep. Barbara Carpenter, D-Baton Rouge, disputed that assessment, saying Edwards created a task force to study the issue and was a key supporter of the bill during the legislative process.

Washington accused Edwards of using “henchmen” to try to discredit her. While she did not go into detail, the governor’s office has released text messages which seem to show Washington encouraging a sexual relationship with Anderson. The messages are public record.

“I played along,” Washington said. “I did what I had to do to keep my job.”

Louisiana job growth this year projected at 0.2%, tied for worst in U.S.