Edwards, the two-term Democratic governor, led a delegation of business and state leaders from Aug. 5-14. 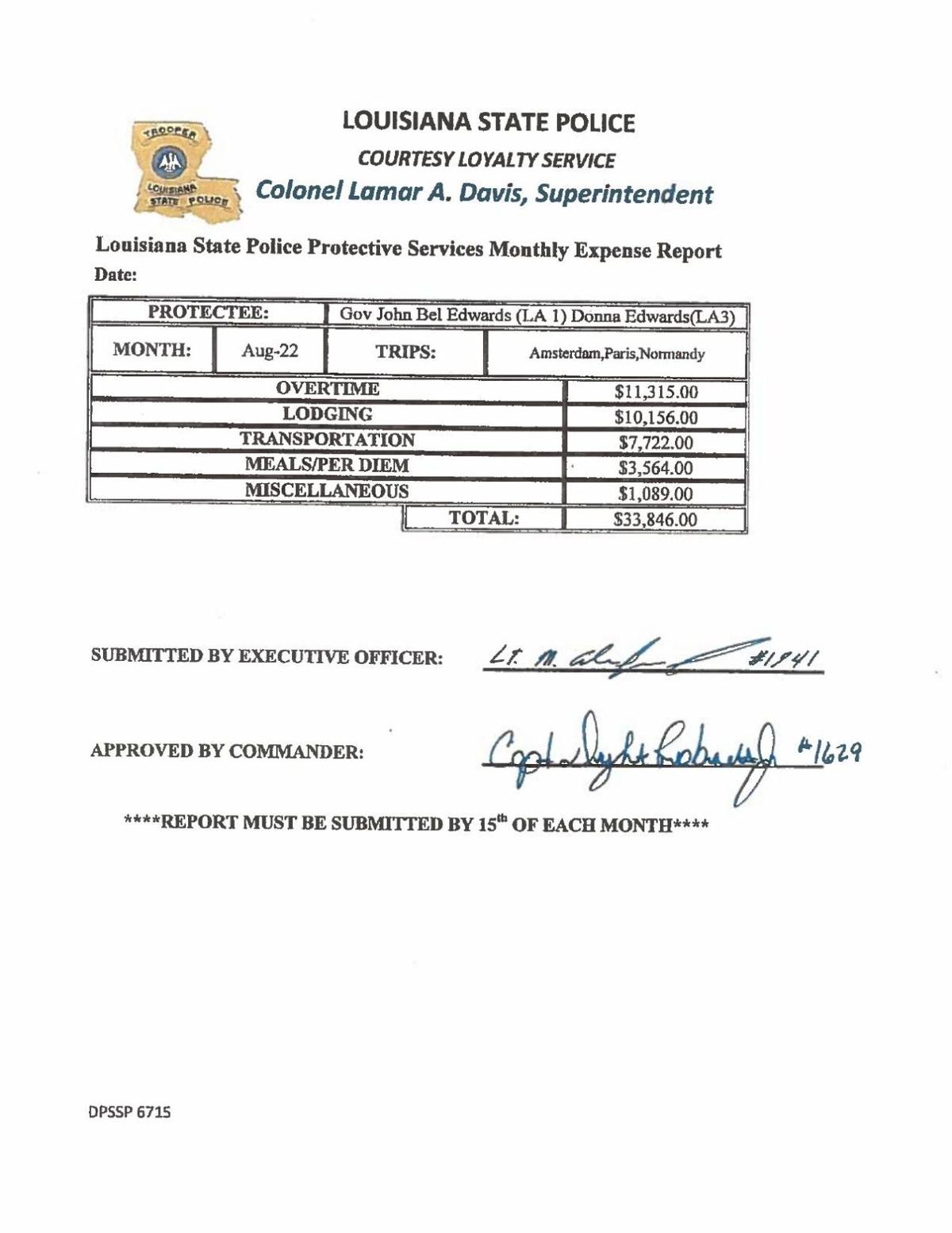 The public records were obtained by request from The Center Square.

In the Netherlands, the Louisiana delegation visited the River Programme’s Noordwaard polder project and the water research campus in Delft which is home to Deltares, a research group that works with the Water Institute of the Gulf on reducing flooding. The delegation also visited a world-class wave test facility, the Deltares Delta Flume project.

Edwards and the delegation also met with leaders of the Netherlands-based oil company Shell, which has a chemical plant in Geismar and an oil refinery between Baton Rouge and New Orleans. Shell is converting its Convent refinery, closed in 2020, into a biofuels refining center.

"This is a tremendous opportunity to learn from international leaders in flooding prevention, and to grow our economy while we’re at it," Edwards said in a news release announcing the trip. "I also look forward to furthering Louisiana’s cultural and economic ties to France.

"It will be a privilege to visit Normandy to honor those who fought in World War II and raise international awareness of the world-class WWII Museum in New Orleans."

Steve Wilson has been an award-winning writer and editor for nearly 20 years at newspapers in Georgia, Florida and Mississippi and is a U.S. Coast Guard veteran and University of Alabama graduate.

This is How Many People are on Death Row in Louisiana

This Is the Largest Military Base in Louisiana