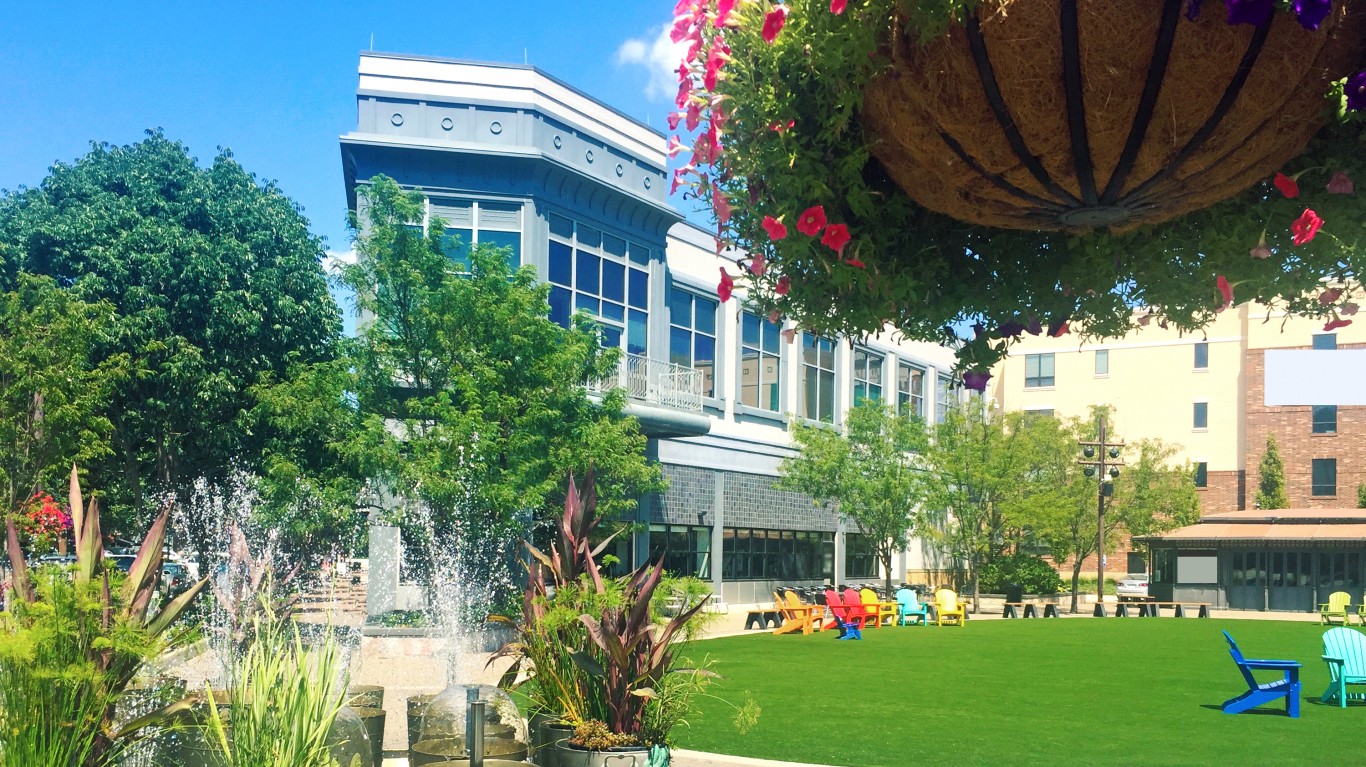 Leawood is a city of just under 35,000 residents located south of Kansas City. Due to a number of strong socioeconomic indicators, it ranks as the best place to live in Kansas. The area's low unemployment rate -- averaging just 2.7% in the last five year -- contributes to financial stability in Leawood. Most local households earn over $150,000 a year, nearly three times the median household income of $59,597 across Kansas. Additionally, the city's 1.4% poverty rate is among the lowest in the United States and well below the 12.0% rate across Kansas.

This Is Where Arkansas Ranks in Drug Overdose Deaths in 2020