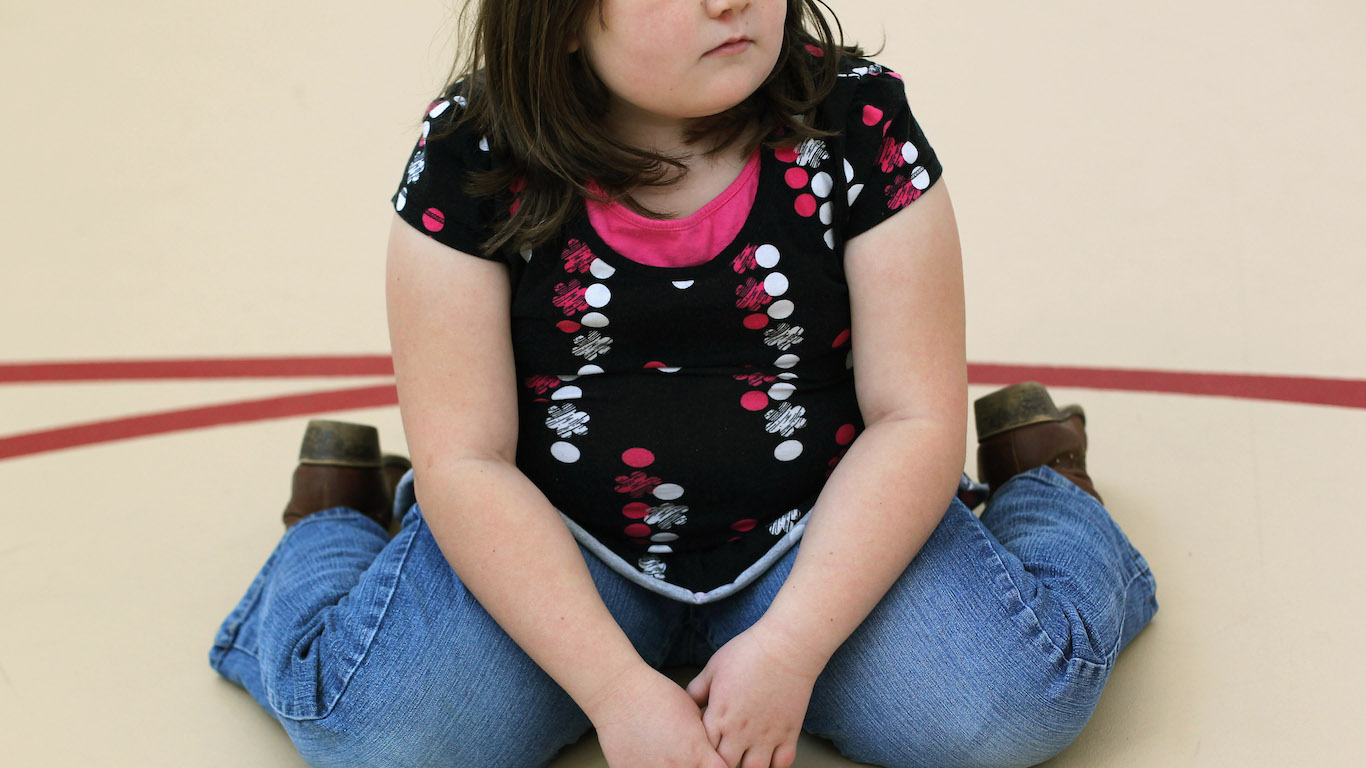 Of the 42 states for which there is data on adolescent obesity, Iowa is the state with the 10th largest share of high school students who are obese at 17.0%. In comparison, about one in seven, or 15.5%, of high schoolers nationwide are considered obese.

Additionally, 15.9% of students in ninth to 12th grade are overweight, the 20th highest share in the country and compared to 16.1% across the U.S.

Poverty is a potential factor contributing to a higher obesity rate among younger people. Healthier foods that tend to be lower in calories and more nutritious are relatively more expensive and may be less affordable to low-income households. About 13.0% of children under 18 in Iowa live in poverty, the 15th lowest share in the country. The U.S. child poverty is 16.8%.

Iowa has the second highest rate of residents with limited access to healthy foods at 5.6% compared to 5.9% of people across the country as a whole.

Health experts have pointed to several lifestyle factors that are likely contributing to the excess weight problem among Americans, among them a sedentary lifestyle. About 77.8% of communities in Iowa are built in a way that promotes physical activity -- which means having plenty of sidewalks, trails, bike lanes, and walking paths. This is the 20th highest share in the country. Across the U.S., 74.9% of communities are built in such a way.

Of the 37 states for which data on physical activity among children is available, Iowa has the 10th highest share of children who exercise five or more days a week at 49.2%. Nationwide, 46.5% are physically active that often.

This is the Worst County to Live in Iowa

This Is Where Iowa Ranks in Drug Overdose Deaths in 2020

Tennessee farmer gets another win in lawsuit against USDA