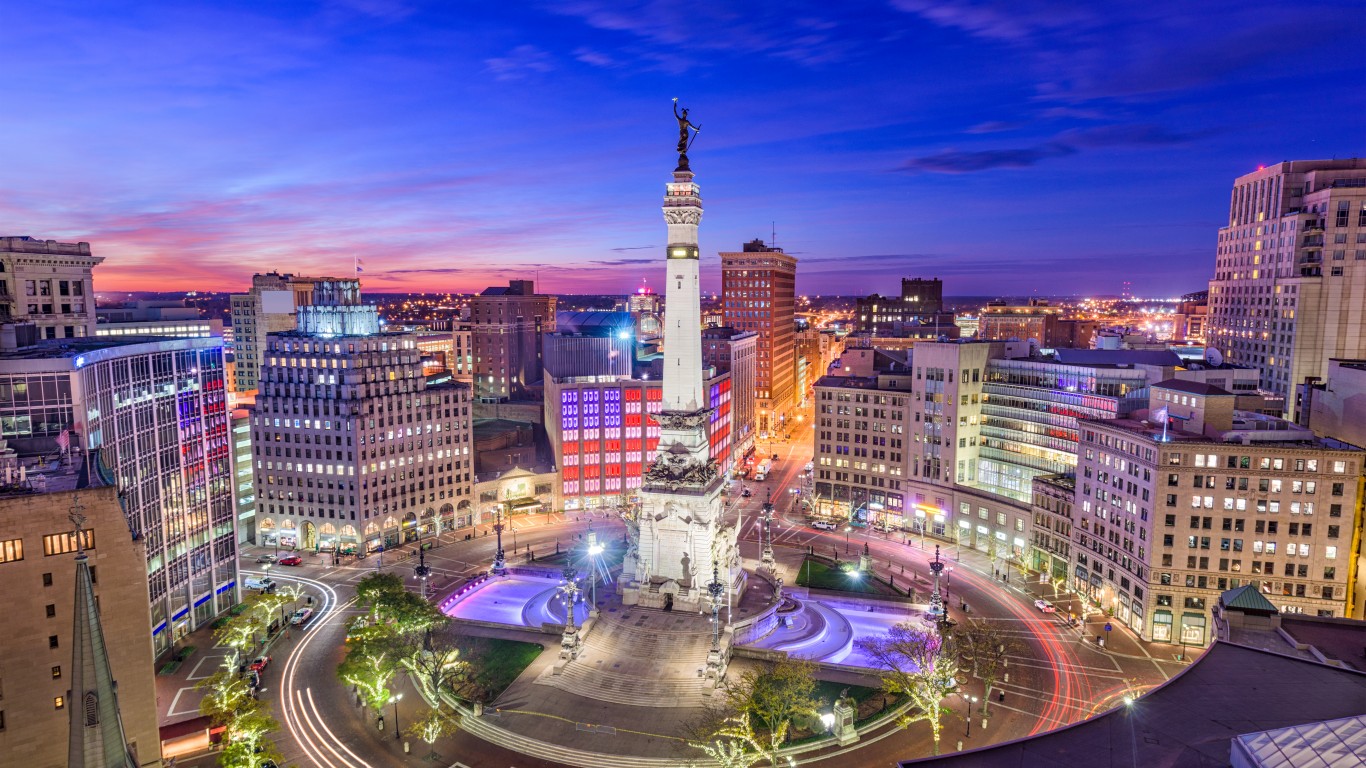 The average cost of living for a family of four in the state highlights the financial hardship many Indiana families face. According to the five-year estimates from the U.S. Census Bureau's American Community Survey, there are about 1,679,400 families living in the state, and an estimated 22.8% of them earn less than $40,000 per year.

Burglary Cases in Fort Wayne, IN Fell in 2020

This Is the City with the Lowest Rent in Indiana

Here’s How Rich Indiana Residents Are Compared to the Nation

Is the U.S. in a recession? Many analysts think so