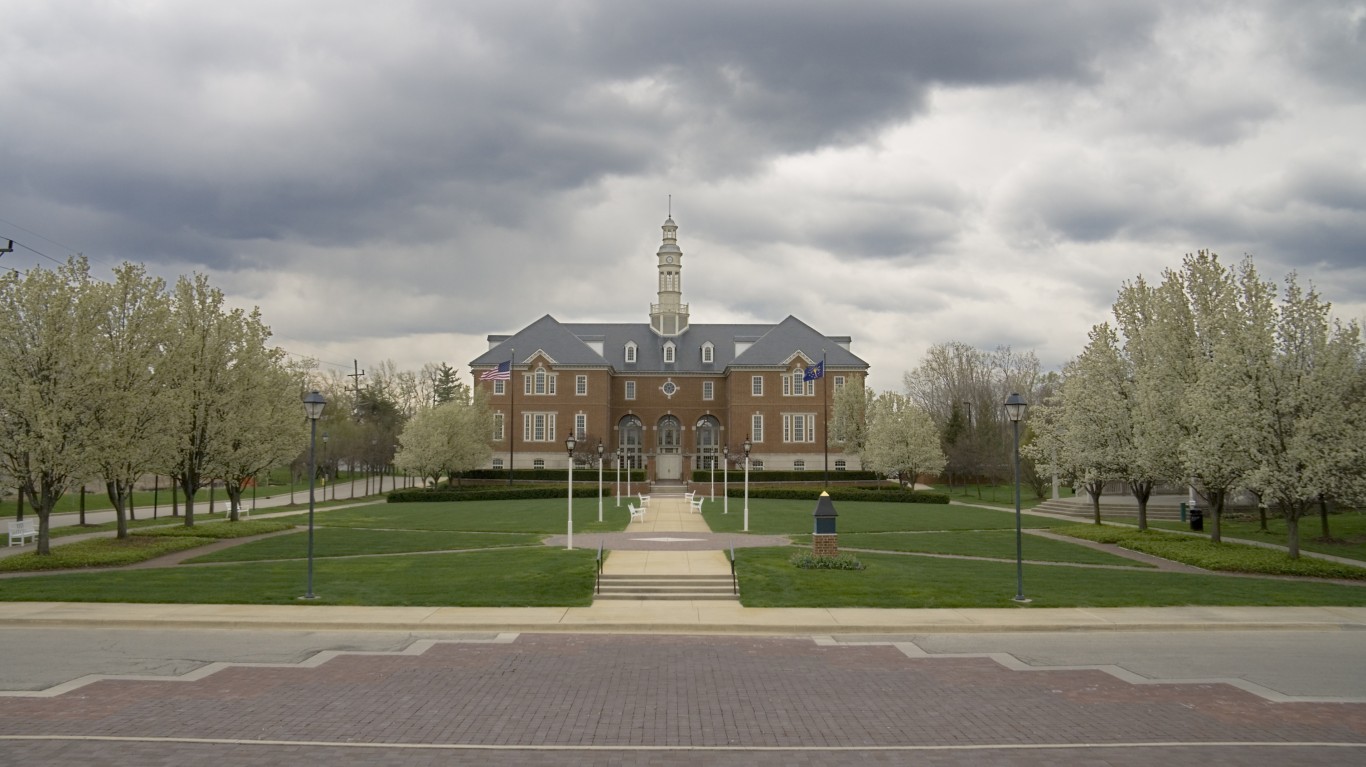 Carmel, a city of just under 100,000 residents, located north of Indianapolis, is the best place to live in Indiana. In addition to attractions in nearby Indianapolis, Carmel residents have access to a number of culture and entertainment options in their hometown, including museums, breweries, parks, bike trails, public art, and shopping. The city also has a thriving job market, with a five-year average unemployment rate of just 2.5%, nearly half the 4.8% comparable state jobless rate.

This is the Worst County to Live in Indiana

As of next year, Californians may have no pork