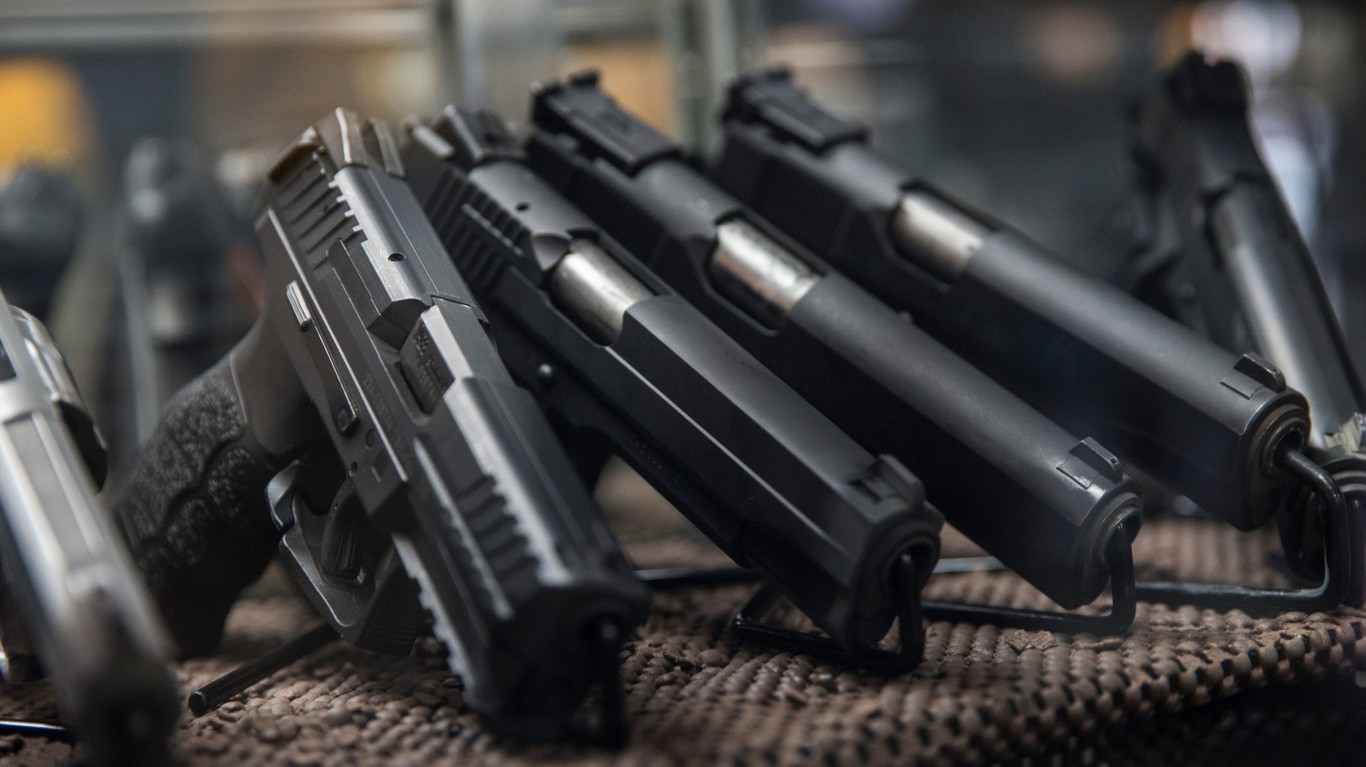 In every state, there are hundreds - if not thousands - of gun stores. Even in some cities, sports men and women, recreational shooters, and firearm enthusiasts have dozens of gun shops to choose from.

Of all the cities and towns in Illinois, Springfield has the most gun stores. As of the beginning of the year, there were 29 federally-licensed firearm dealers in Springfield, or about 25.2 for every 100,000 people.

Across the state as a whole, there were 1,324 firearm stores as of January 2022, according to the Bureau of Alcohol, Tobacco, Firearms, and Explosives. Using FBI firearm background check data as a proxy for gun sales, these stores sold an estimated 2,064,400 guns in the first half of 2022 - or 16,234 for every 100,000 people, the second most among states.

All data on federally-licensed firearm dealers is from the ATF, and gun sale estimates are based on background check data from the FBI. Population figures used to calculate the concentration of gun stores and gun sales per capita are five-year estimates from the U.S. Census Bureau's 2020 American Community Survey.

This Is How Alcohol Consumption in Illinois Compares to Other States

How Living Off the Grid in Illinois Compares to Other States

This Is the Average ‘Time-to-Crime’ for Firearms in Illinois