Through a Freedom of Information Act request, The Chicago Sun-Times reported Friday that the Speaker’s Springfield office was served a search warrant by Illinois State Police on Jan. 29 for information regarding sexual harassment and stalking allegations against former state Rep. Jack Franks. Franks served at the statehouse up to 2016 and is now the McHenry County Board chairman. He denies any wrongdoing.

“[T]he Search Warrant Complaint, Affidavit and related Return materials in this case should be filed under seal following return to the Court,” the filing in Sangamon County Court said. “Public disclosure could jeopardize an ongoing criminal investigation and compromise the rights of any suspects and victims.”

In the filing, Wright said the warrant “contained an explicit order that the ‘issuance and execution of this Search Warrant shall not (in bold) be disclosed and that any such disclosure could impede the investigation being conducted and thereby interfere with enforcement of the law.’ ”

“The January 29 Order of nondisclosure was entered to preserve the integrity of an ongoing criminal investigation conducted by the Illinois State Police … and to protect the rights of any suspects and victims,” the filing said.

“Despite the plain language of the Court’s January 29 Order, the recipients disclosed the Search Warrant although they were not otherwise required to make such disclosure,” the filing said. “Immediate public access is not presumed until after return is made to the Court and filed with the Circuit Clerk.”

In a statement published online, Madigan’s office said it first received a complaint in November 2018. After receiving additional information in February 2019 Madigan’s office found the allegations credible and forwarded the information to various authorities, including the Sangamon County State’s Attorney, Illinois State Police and the Illinois Legislative Inspector General.

In an earlier statement, Madigan's office said it had sought to keep the information confidential.

"Because the State Police search warrant was not filed under seal, the nature of the allegations and the name of the accused are now publicly available. The Office of the Speaker has therefore decided to release the information that can be made public surrounding the complaint," the statement from Madigan's office said. "The confidentiality of the complainant involved in this matter has been and continues to be of paramount importance. The Office’s response and actions related to this complaint were made, to the extent possible, in consultation with the complainant and consistent with the complainant’s wishes. In this instance, the alleged victim has requested confidentiality, and the Office will continue to be committed to respecting the complainant’s request for privacy." 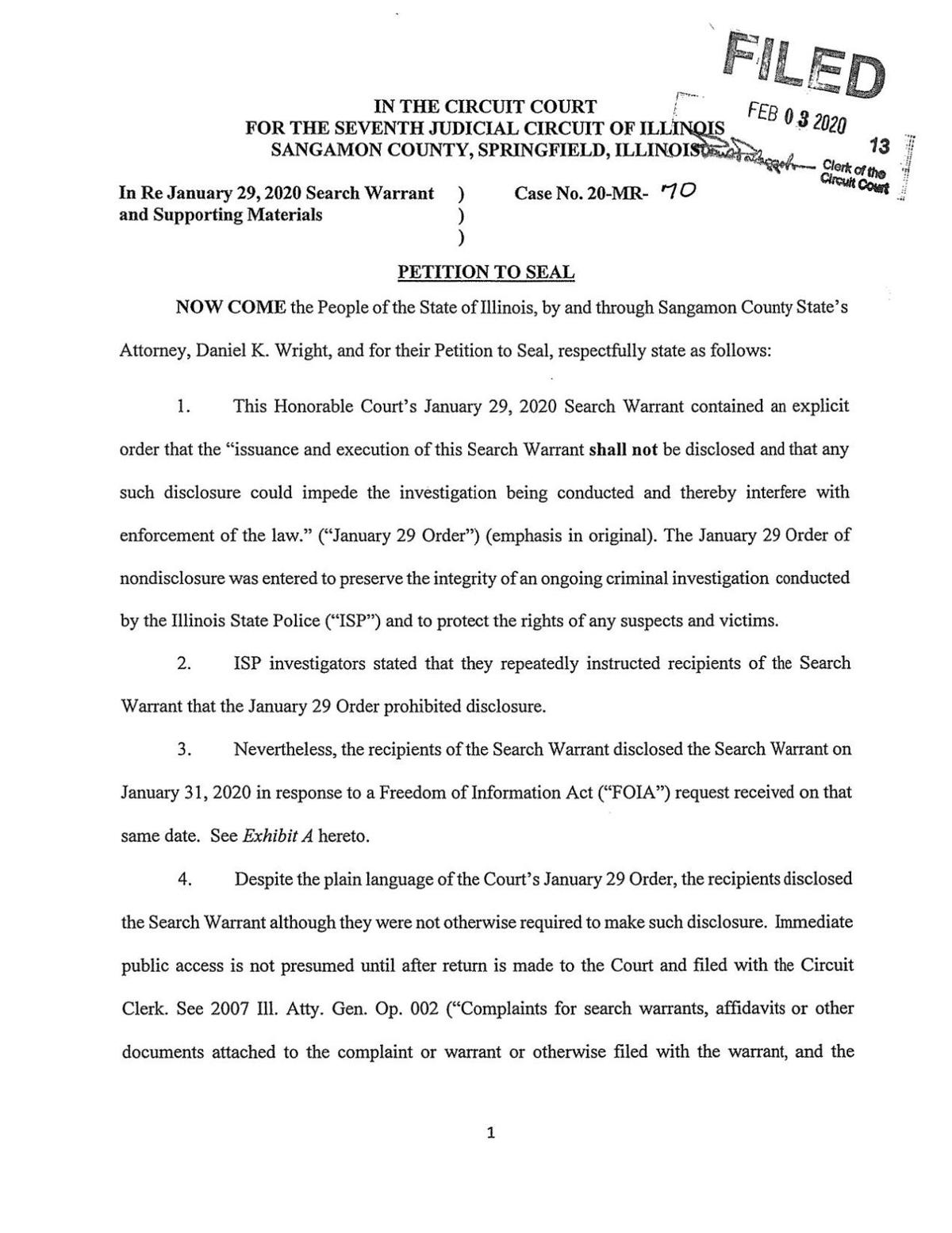