(The Center Square) – Illinois House Speaker Michael Madigan and utility ComEd have been hit with a civil racketeering lawsuit filed in federal court.

The suit filed in the U.S. District Court for the Northern District Eastern Division by a group of attorneys asks for ComEd customers to get payments of at least $450 million in damages, including $150 million in “ill-gotten gains ComEd has admitted to.”

The suit seeks an additional $300 million under the RICO Act’s damages provision.

The suit also seeks to prevent Madigan from participating in legislative activities involving utility issues and to prevent the House Speaker from serving as the chairman of the Democratic Party of Illinois.

"We apologize for the past conduct that did not live up to our values and have made significant improvements to our compliance practices to ensure that nothing like it ever happens again," said ComEd Vice President of Communications Paul Elsberg. "The improper conduct described in the deferred prosecution agreement, however, does not mean that consumers were harmed by the legislation that was passed in Illinois."

"The DPA makes no such allegations, and in fact the bipartisan legislation resulted in substantial benefits for ComEd’s customers, including 70 percent improved reliability since 2012 and billions of dollars in savings for customers, while residential customers’ bills are lower than they were nearly a decade ago and ComEd recently requested a third delivery rate decrease in a row, its fifth in 10 years," Elsberg said. "ComEd has made some of the largest improvements in service at the best value of any utility serving a U.S. major metro area. This in no way excuses the conduct described in the DPA, but that is a distinct issue from the effect of the legislation for ComEd’s customers."

“We filed our civil RICO case now to protect Illinois ratepayers from further damage by Michael Madigan – in both his capacity as Speaker and as Chair of the Democratic Party of Illinois – and also to get our clients back the damages they have suffered from ComEd’s and Madigan’s bribery scheme,” said attorney Stuart Chanen.

ComEd agreed to pay a $200 million penalty for its role in a patronage and bribery scheme to benefit associates of “Public Official A,” which the agreement identified as the Illinois House Speaker. Madigan has not been charged with a crime.

Chanen, a former Assistant U.S. Attorney, said nothing in the deferred prosecution agreement ComEd made with federal prosecutors last month prohibits the utility’s customers from getting relief against Madigan or pursuing damages from the utility.

No hearing has yet been set for the case. 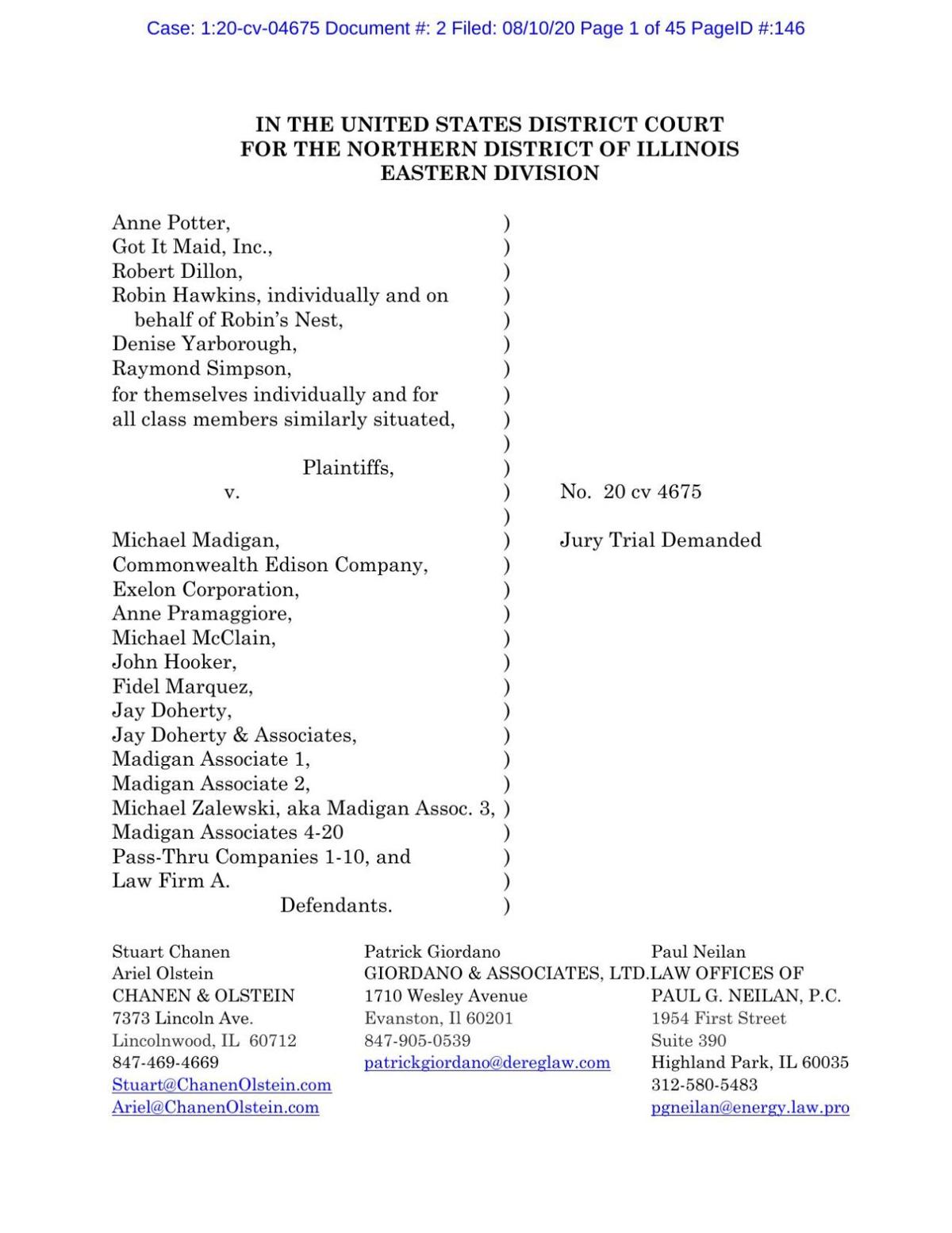 The Sunday Read: Madigan's tenure should be cautionary tale