(The Center Square) – Some at the statehouse continue to demand a response from the Illinois Attorney General about whether he’ll investigate possible negligence at a state-run home for veterans.

Last fall, 36 residents of the LaSalle Veterans’ Home died of COVID-19 in a matter of weeks. After several reports and legislative hearings, Republicans sent a letter to the Illinois Attorney General to investigate if state statute applied to the “negligent and disturbing activities that arose.”

“The poor practices that allege to have led to the loss of life of at least 36 Illinois heroes in the state’s care are well documented, especially in the Acting Inspector General for the Illinois Department of Human Services report dated April 26th of this year,” said a letter House Republicans sent Attorney General Kwame Raoul on Friday. “To date, your office has not responded to this investigation request. This is not acceptable.”

State Rep. Dan Caulkins, R-Decatur, comes from the long-term care industry. He was one of 26 lawmakers who signed the letter.

“Any private entity that had that kind of situation would have been prosecuted for one death, two deaths, but 36 deaths,” Caulkins told WMAY.

An inspector general report highlighted a variety of problems at the facility, including poor employee screening procedures and ineffective hand sanitizer. Legislative hearings led to the departure of the director of the Illinois Department of Veterans Affairs and other officials, but Caulkins said more needs to be done.

“How do we prevent this from happening, how do we protect people and what are our options when things go afoul?” Caulkins said. “There’s been a stonewall by Gov. [J.B.] Pritzker and his administration,” Caulkins said. “We felt that the appropriate agency to look into this is the Attorney General.”

“The Attorney General can definitely give us some advice, some legal advice, on how do we make the law so that people would be held accountable in the future,” Caulkins said.

“Governor Pritzker promised to protect our veterans in state-run facilities, and failed. If the law as currently constituted is insufficient to protect them, we need to know now so that appropriate statutory adjustments can be prepared in advance of the next legislative session,” the Republicans’ letter said. 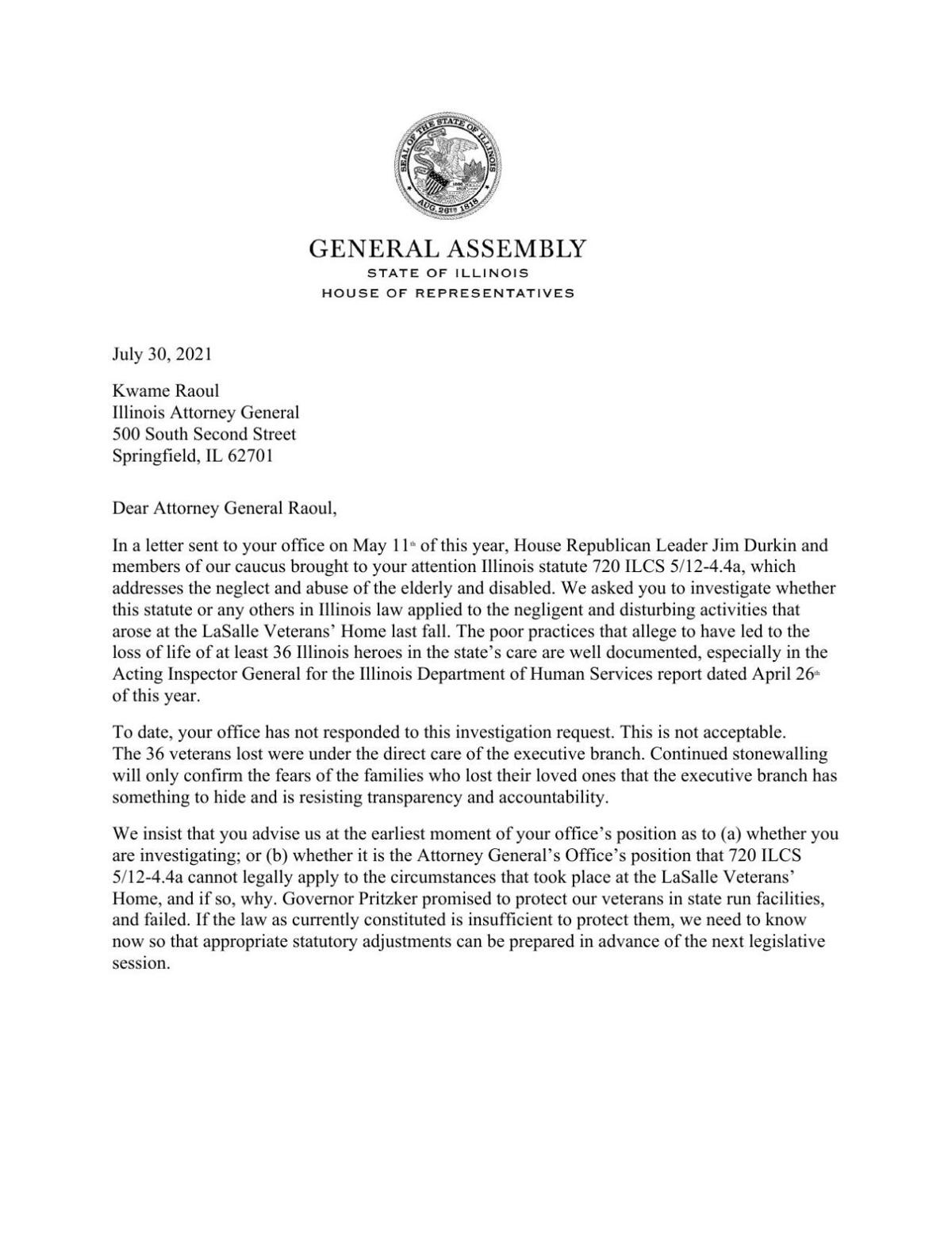 This Is the City Hit Hardest by Extreme Poverty in Illinois