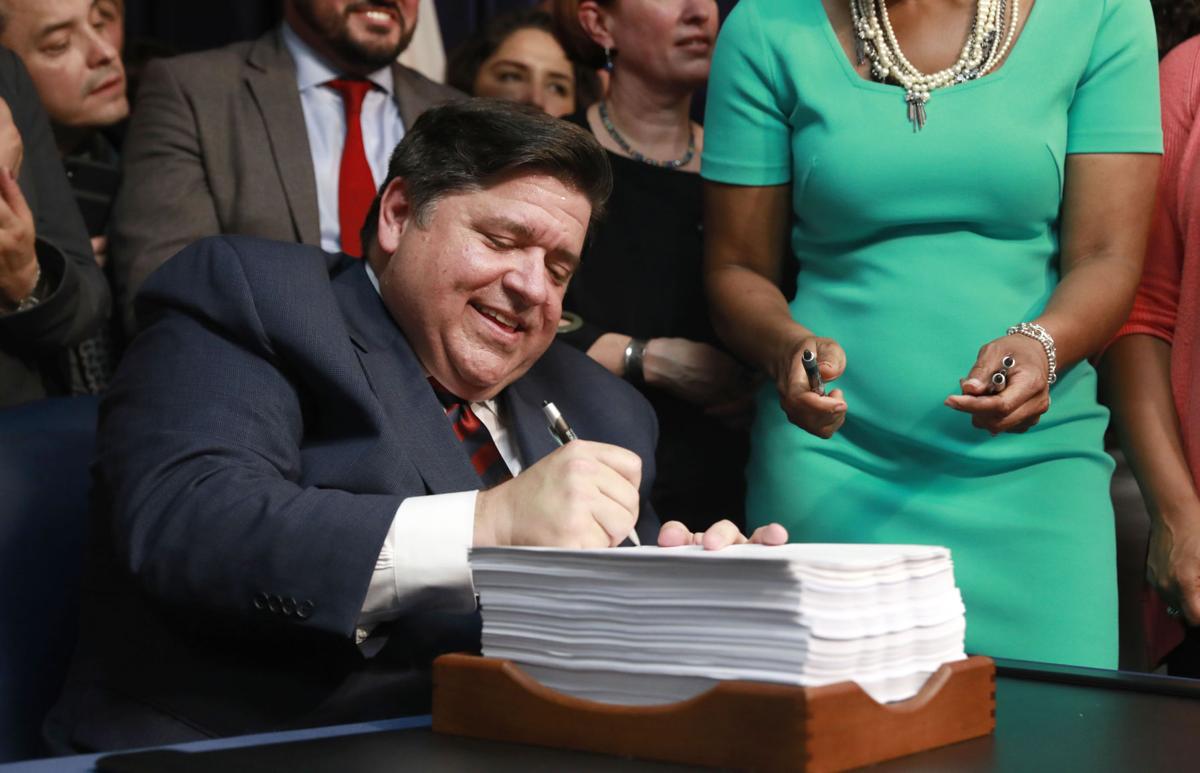 Gov. J.B. Pritzker signs the state budget and legislation related to a graduated income tax in Illinois, during a bill signing Wednesday, June 5, 2019 at the Thompson Center in Chicago. 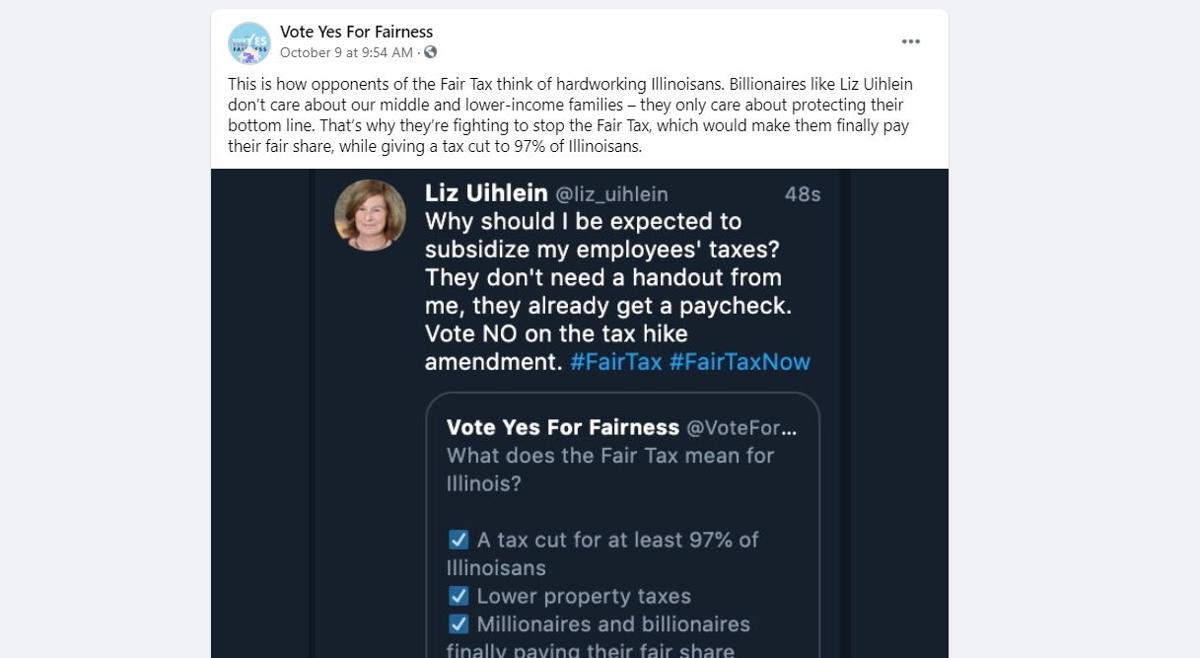 (The Center Square) – Supporters of changing the state’s flat income tax to one with higher rates on higher earners used a fake Twitter account to promote the progressive tax.

The Vote Yes For Fairness group, which is heavily funded by Gov. J.B. Pritzker, shared a screenshot on Facebook Oct. 9 of a tweet from @Liz_Uihlein. The Uihlein family owns Uline, one of the largest companies in Illinois. Vote Yes For Fairness also paid between $10,000 and $15,000 to promote the fake tweet on Facebook, with a potential reach of more than 1 million people, according to publicly available information from the social media giant.

“Why should I be expected to subsidize my employees’ taxes?” the tweet said. “They don’t need a handout from me, they already get a paycheck. Vote NO on the tax hike amendment. #FairTax #FairTax Now”

The image of the tweet shared by Yes For Fairness showed it was captured 48 seconds after the Tweet was sent.

Vote Yes For Fairness said the tweet “is how opponents of the Fair Tax think of hardworking Illinoisans.”

“Billionaires like Liz Uihlein don’t care about our middle and lower-income families - they only care about protecting their bottom line,” the Vote Yes For Fairness group posted about the fake tweet. “That’s why they’re fighting to stop the Fair Tax, which would make them finally pay their fair share, while giving a tax cut to 97% of Illinoisans.”

Illinois voters will decide next month whether to change the state constitution, which currently requires a flat income tax, to allow for a progressive structure.

Facebook data show the Vote Yes For Fairness post was an active advertisement, but is now inactive.

Vote Yes For Fairness didn’t immediately respond to questions about the fake tweet or its paid Facebook promotion.

Illinois voters sound off on the amendment in the Nov. 3 General Election.

Illinois residents pay 10.7% of their income in state, local taxation

Reports: Biden’s tax plan would increase taxes across the board, estimates vary by how much