(The Center Square) – Gov. J.B. Pritzker’s administration refiled an emergency COVID-19 rule similar to one that expired Monday to continue statewide mask and social distancing requirements for Illinoisans for another 150 days.

A rule filed last year before the legislature met in May was repealed by the governor after critics said it criminalized business owners.

In August, the governor filed a different emergency rule the Joint Commission on Administrative Rules allowed to stand.

“I believe that’s correct, and my understanding is that an extension to that emergency rule or a new emergency rule will be filed in a similar vein,” Demmer said Tuesday.

The Illinois Department of Public Health on Tuesday said a similar emergency rule was filed Monday.

“Any individual who is over age two and able to medically tolerate a face covering (a mask or cloth face covering) shall be required to cover their nose and mouth with a face covering when in a public place and unable to maintain at least a six-foot social distance,” the rule states. “This requirement applies whether in an indoor space, such as a store, or in an outdoor space.”

Back in August, the Illinois Retail Merchants Association opposed a mask mandate rule because it meant the enforcers were store clerks, and that could put them in harm's way. IRMA CEO Rob Karr applauded local governments that have since approved civil fines for individuals violating the mask rule, but there’s a patchwork across the state.

Karr said the statewide rule filed Monday by the Pritzker administration was an improvement over the expired rule.

“This puts in place that you can hand them something in writing,” Karr said. “So, you could give them a notice that IRMA had produced that said ‘you know you should be wearing a face mask, we may ask you to leave,’ and that helps the retailer avoid, try to avoid, some of those confrontations.”

The updated emergency rule also prohibits gatherings of more than 50 people. Public and nonpublic schools are to have fewer than 50 people in any one space.

Enforcement of the rule will be up to “all local boards of health, health authorities and officers, police officers, sheriffs, and all other officers and employees of the State and any locality,” it says.

If a business refuses to comply with a written warning and a subsequent written order to disperse, “that business, service, facility or organization open to the public shall be subject to the penalties set forth in Section 8.1 of the Act.” That could lead to a Class A misdemeanor with penalties up to $2,500 fine or up to a year in jail.

But the rule says no individual will face such penalties.

If the rule is approved by JCAR when it meets on Jan. 12, it would remain in effect through June 3, or until JCAR blocks the rule or the governor repeals it.

Springfield-area business owner Ryan Bandy was frustrated with more emergency rules and said local officials need to have more involvement in such decisions.

“We can’t just have this unilateral decision making done by the governor all the time, this needs to stop,” Bandy told WMAY. “We need to get at least the legislature involved in it.” 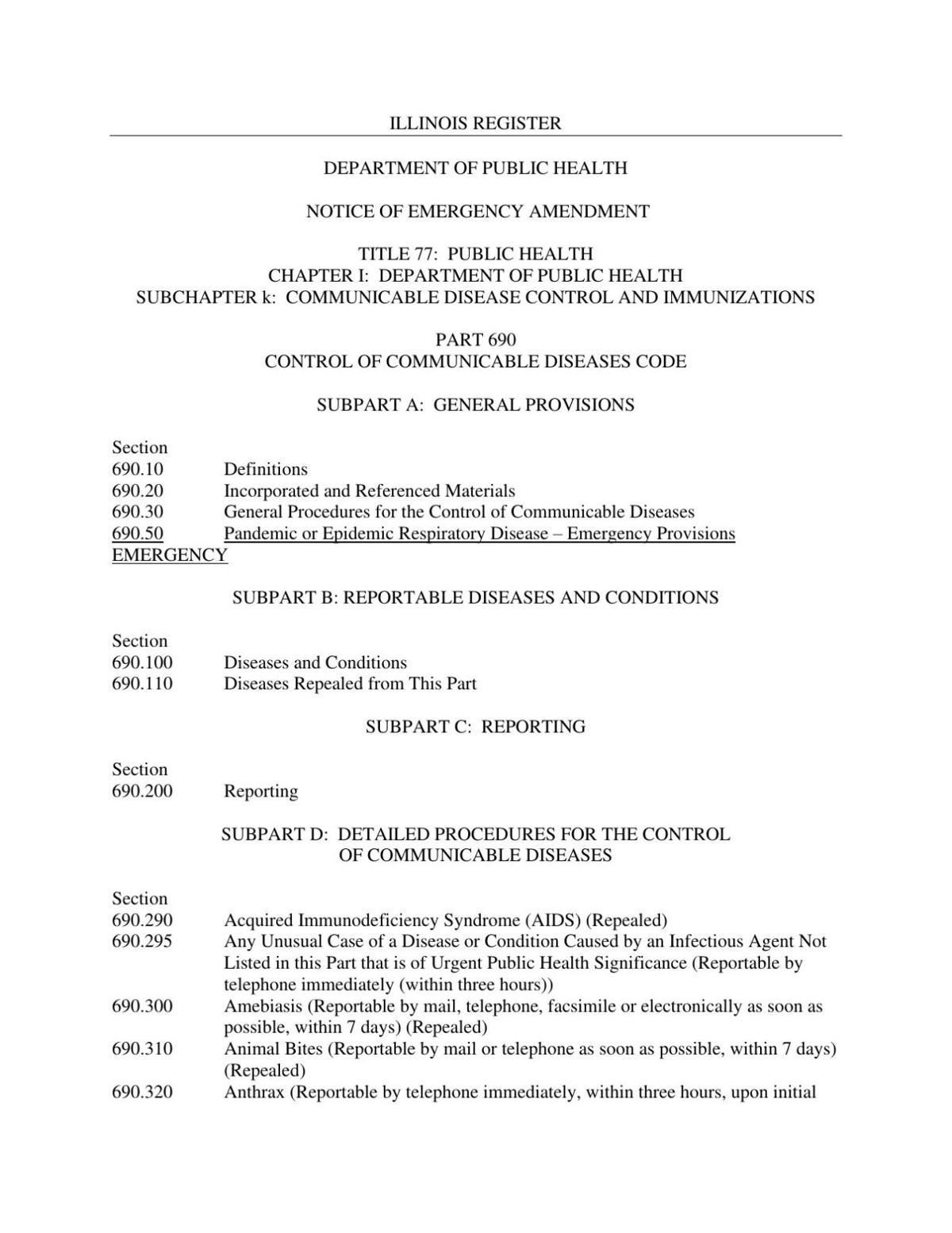 This is the Average Tax Refund in Illinois

This is How Much Teachers are Paid in Illinois