(The Center Square) – Gov. J.B. Pritzker announced on Tuesday $700 million in cuts to the state’s budget.

The move includes negotiating with the state’s largest employees union about personnel “cost adjustments” and furlough days and review of closing state prisons.

This year’s budget is around $4 billion out of balance.

“I promised to be a governor who balances the budget and begins paying down the bills that my predecessor left behind,” Pritzker said in a statement. “I promised to invest in education, job training and job creation. Before COVID hit us, we did that. And despite all the current challenges, I am confident we will continue our ascent to economic strength and fiscal stability.”

The budget adjustments include negotiations with AFSCME Council 31 to identify $75 million in personnel costs adjustments, which could include furlough days.

“These are cuts under my control as governor,” Pritzker said.

Other cuts include $126.3 million in grant reductions and operational costs. In total, across several other state agencies, there’s $711.2 million in adjustments.

The governor said to get longer term budget solutions, he continues to work with legislative leaders. 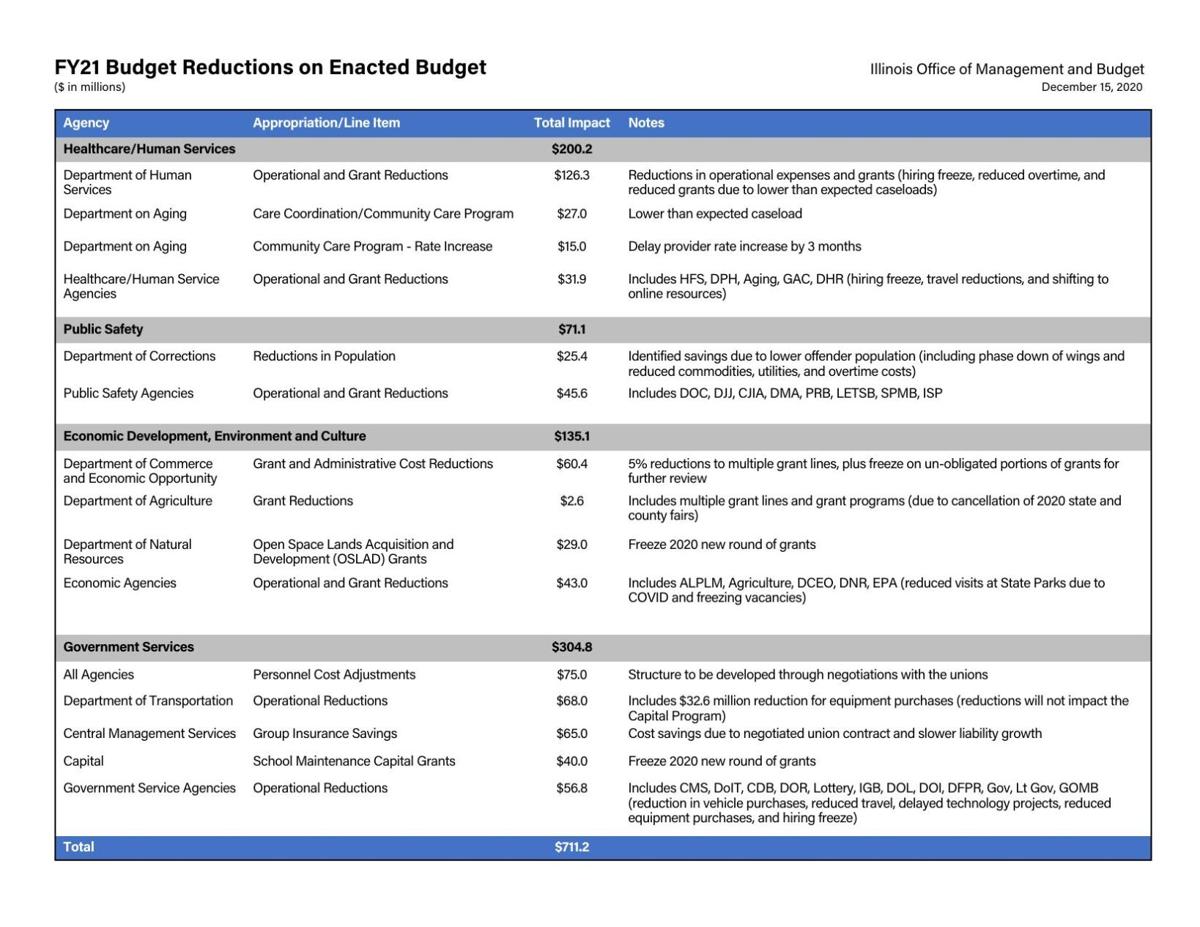